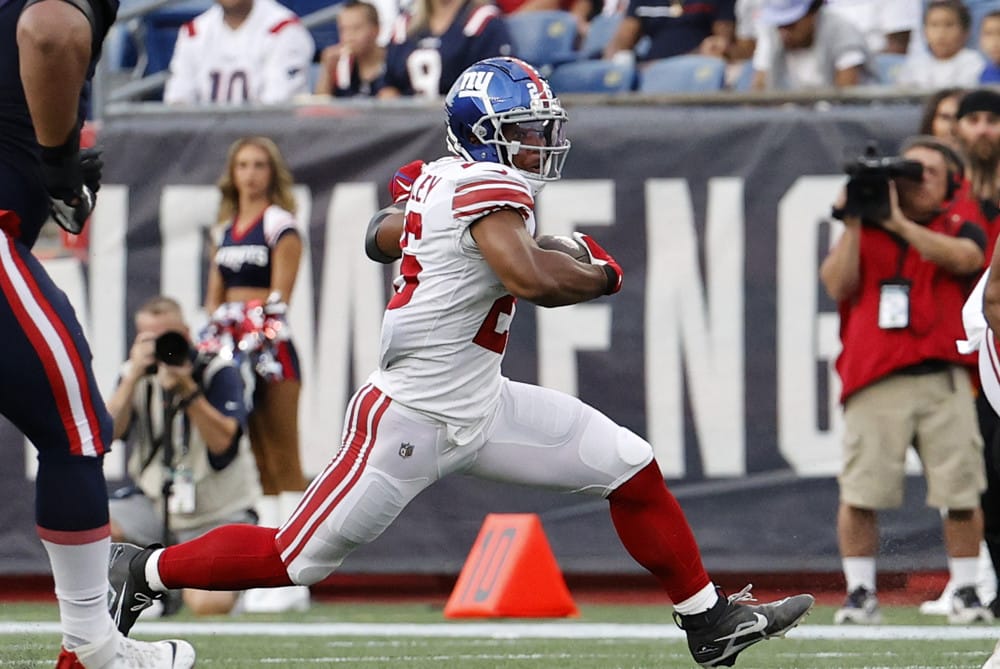 FOXBOROUGH, MA – AUGUST 11: New York Giants running back Saquon Barkley (26) on a rush during an NFL preseason game between the New England Patriots and the New York Giants on August 11, 2022, at Gillette Stadium in Foxborough, Massachusetts. (Photo by Fred Kfoury III/Icon Sportswire)

The Propcast gets into the NFL Week 6 Player Props. Munaf Manji and Rod Villagomez recap the Thursday Night Football player props. Additionally, Munaf and Rod give five players props each for the NFL Week 6 games. The guys discuss stats and which players are primed to have a big or regress this week. As usual, the guys wrap up the episode with best bets!