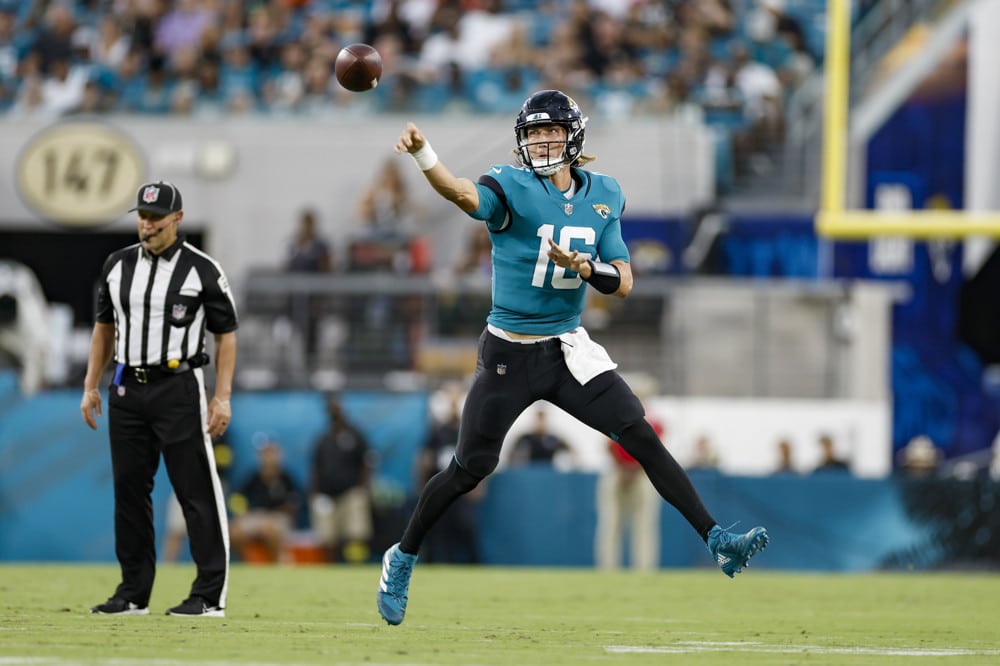 The preseason is wrapping up! This means this is your last chance to place all of your futures bets before the start of the 2022 NFL regular season. They are very fun and it gives you something to constantly keep an eye on for the entire season. There are many great ways to place future bets and we will cover some of those today.

Player props and Super Bowl winners are a few of these options. Today we’ll take a look at the 2022 AFC South division. I will be diving into each team’s win total, over/under props, and find the best values in the division. All lines are courtesy of WynnBet.

How to Win Your Survival Pool

The AFC South has been a division that has passed the crown around quite a bit in recent years. However, the Tennessee Titans have won it back-to-back the last two years. The Houston Texans won four of the five previous titles before that, with the Jacksonville Jaguars snagging it once in 2017 (remember when the Jags were 2:49 seconds away from the Super Bowl just five years ago?). Finally, the Indianapolis Colts were able to win it in 2013 and 2014. Despite not winning it since 2014 the Indianapolis Colts (-140) are the odds-on favorites to win the AFC south in 2022. Let’s dive into each team’s win total and see where the value lies in betting a division winner.

From 2011-2019 the Houston Texans won the division six times. In 2017 the Texans drafted Deshaun Watson, a franchise Quarterback, and appeared to set the team up for a long run of success. Head Coach/General Manager Bill O’Brien then made some very questionable moves and ultimately got himself fired. Before the 2021 season, Deshaun Watson requested a trade, and then the allegations of assault against him began. He sat out the entire season and in steps 67th overall pick Davis Mills to lead the Texans to a 4-13 record. Ultimately, Head Coach David Culley was fired after just one season.

Lovie Smith was hired to replace Culley earlier this offseason. Additionally, Deshaun Watson was traded to Cleveland making Davis Mills the clear number one man under center. Dameon Pierce has Texans fans remembering Arian Foster in the preseason as well and appears to be the team’s starting Running Back. Lovie Smith has an 89-87 record with one Super Bowl appearance as a Head Coach in the NFL. This will be a team that fights as an underdog all season long, and they will get their punches in. I’m high on this Texans team. Smash the over 4.5 wins and throw some action on the division winner prop too (25/1) in case all hell breaks loose in the AFC South.

Alec Pierce with a tough catch against a Lions defender 😤 (via @Colts) pic.twitter.com/9UqKhOMO0j

The Quarterback carousel keeps on turning in Indianapolis. After seemingly winning the lottery having Peyton Manning and then following it up with one of the highest touted Quarterbacks to enter the league in Andrew Luck. Luck was a star right away, but suddenly right before the 2019 season at just 29 years old Luck hung up his cleats and walked away from the game. Jacoby Brissett was thrust into the starting role in 2019. This was short-lived as in 2020 veteran Phillip Rivers joined the team for his swan song season. Lastly was Carson Wentz last year reuniting with Colts Head Coach Frank Reich (Wentz’s Offensive Coordinator from their time together in Philadelphia). They were 9-7 heading into their last game against the very poor Jacksonville Jaguars and a win away from a playoff birth. The Colts lost this game and finished the season 9-8.

Over the off-season, Carson Wentz was traded to the Washington Commanders. Furthermore, a disgruntled Matt Ryan asked for a trade from his longtime team in Atlanta and his wish was granted as Ryan is now in Indianapolis. At 37 years old, Ryan is certainly not the long-term future for this team, however with star Running back Jonathan Taylor, breakout Wide Receiver Michael Pittman, and former All-Pro Stephon Gilmore, the Colts are in win now mode. Reich appears fourth on the first coach-fired odds list (+700). With a tough schedule ahead and no trust that Reich can figure things out, 10 wins seem to be the max they can get to so I’ll lean on the under. I don’t see any value in them winning the division at -140.

The No.1 seed In the AFC last year was the Tennessee Titans with a record of 12-5. Then came the Cincinnati Bengals in the Divisional round of the playoffs that would defeat the Titans 19-16 and go on to play in the Super Bowl. 12-5 was the best record the Titans have had since 2008. Stud workhorse Running Back Derek Henry also went down in week eight against the Indianapolis Colts.

In a shocking move, star Wide Receiver AJ Brown was traded to the Philadelphia Eagles as well on draft night back in April. The Titans turned around and used the 18th overall pick they acquired in that trade to select Treylon Burks from Arkansas. Burks has brought with him a few concerns, asthma and conditioning being the main ones early in training camp. Robert Woods has joined the team to play opposite Burks. The Titans selected Malik Willis too, who some projected as the first overall pick, in the third round after a massive fall on draft day. If things start too sour they may look to try and work Willis in more and turn their eye to the future.

After that AFC championship game, the team almost won in 2017 with Blake Bortles at the helm it’s been rough down in Jacksonville. The Urban Meyer experience was an ugly one from basically day one. With a 2-14 record, the Jaguars were so bad they had the No.1 overall pick two years in a row. Only the fourth time in history this has happened with the 2017-2018 Browns being the most recent example. The bright spot of that is with the first overall pick in 2021 the Jaguars selected Trevor Lawrence. The highest-rated Quarterback prospect since the aforementioned Andrew Luck.

After the firing of Head Coach Urban Meyer, former Eagles coach Doug Peterson took the job. Peterson delivered Philadelphia their first Super Bowl win in 2017 defeating the New England Patriots. Jacksonville hit the off-season hard, spending over 100 million dollars in free agent signings. Christian Kirk, Brandon Scherff, Foyesade Oluokun, and Myles Jack are some of these key additions. Pass Rusher Travon Walker was their top selection in the draft this year as well. Doug Peterson is a massive upgrade from Urban Meyer too and has proven to be a good coach in the past. I still believe in the potential of Lawrence at Quarterback and see this division turning in favor of the Texans and Jaguars more. At (+700) to win the division it is worth a small bet. If the two giants slip and the Jaguars improve a little, they could steal the AFC South crown.