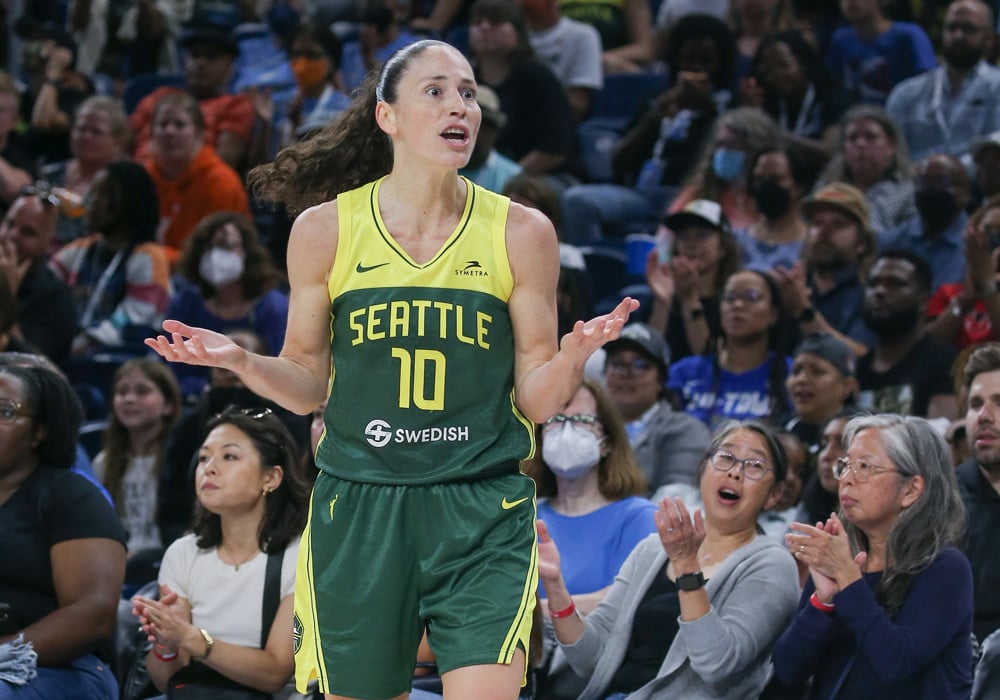 CHICAGO, IL – AUGUST 09: Seattle Storm guard Sue Bird (10) reacts to a call during a WNBA game between the Seattle Storm and the Chicago Sky on August 9, 2022, at Wintrust Arena in Chicago, IL. (Photo by Melissa Tamez/Icon Sportswire)

The WNBA Gambling Podcast drops a Betting Picks episode for the Semifinals of the 2022 WNBA Playoffs. Scott Reichel and Terrell Furman Jr. start by analyzing both series while discussing several prop bets before handicapping the spread and total for each Game 1. The guys give their leans on each game before wrapping it up with their lock/dog picks for the night!