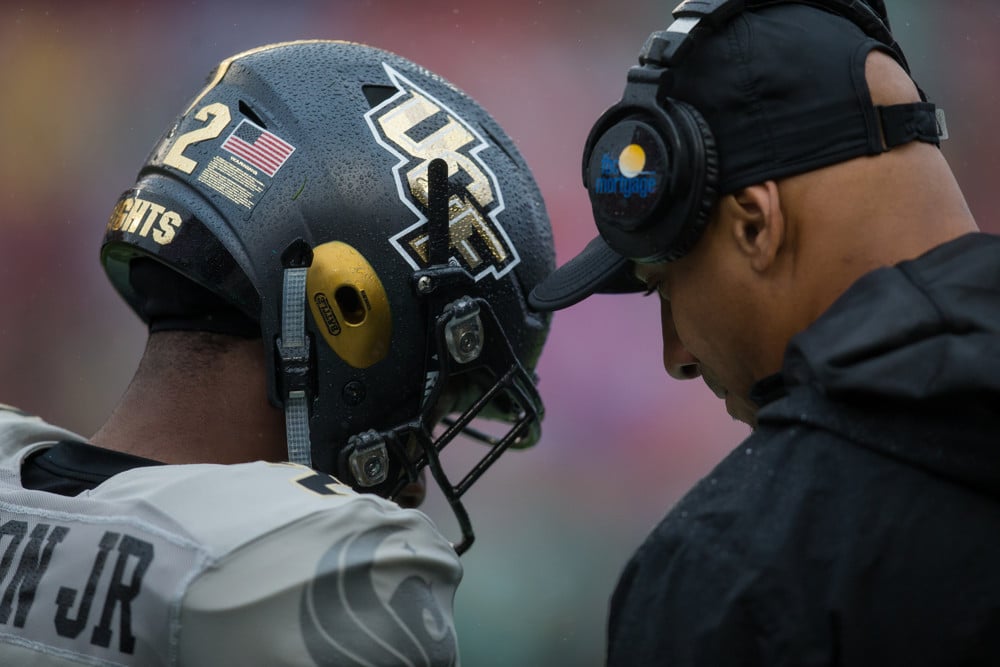 Should you buy stock in Lance Leipold and the Kansas Jayhawks? Will Devin Leary and the NC State Wolfpack live up to the hype in 2022? Will Brennan Armstrong and the Virginia Cavaliers surprise the ACC this year? Should we lock the under on Dino Babers and the Syracuse Orange? Is this going to be an awful year for Jeff Sims and the Georgia Tech Yellow Jackets? Should we fade Mack Brown and the North Carolina Tar Heels since the injury bug seems to have hit Chapel Hill?

Will Dave Clawson have Wake Forest firing at full power despite the Sam Hartman news? Can Florida State actually live up to the hype in Tallahassee? Will Virginia Tech be a sleeper with Grant Wells? Should we all fade the Memphis Tigers in 2022? Will Rhett Lashlee and the SMU Mustangs perhaps surprise in the AAC? Is Matt Campbell and Iowa State primed to have a great season in Ames?

Will Adrian Martinez get Kansas State above the win total and perhaps have Kansas State playing for a Big 12 championship? Is Jim Harbaugh and the Michigan Wolverines a lock on the over? Could CJ Stroud and the Ohio State Buckeyes disappoint in 2022? Are the Baylor Bears getting respected by the national media yet again? Will Quinn Ewers have the Texas Longhorns back? Could Mike Gundy and the Oklahoma State Cowboys be in for a tough season?

Is Northern Illinois going to contend for a MAC Championship yet again? Will the Akron Zips be a sleeper in the MAC this year? Should we all fade the Ball State Cardinals? Are the Liberty Flames and Charlie Brewer a sure bet to hit the over? Will Don Brown get this UMass Minutemen team playing better ball instantly? Will Jerry Kill get New Mexico State back to being a bowl team?

Should we automatically fade the Colorado Buffaloes and Karl Dorrell with that brutal schedule? Will Herm Edwards and Arizona State find a way to go bowling? Is Jonathan Smith and the Oregon Ducks primed for a run at the Pac 12 Championship? Will Cameron Rising and the Utah Utes live up to the hype?

Is Mike Leach and Mississippi State about to have a great season in Starkville? Will Brian Kelly and LSU have the Tigers ahead of schedule? Is Spencer Rattler the guy to bring South Carolina back? Should we be concerned about Florida and Auburn or should we hammer the over?

Will Appalachian State and Coastal Carolina cruise to a Sun Belt over? Should we all play the under on Georgia Southern? Will South Alabama surprise in the Sun Belt West? We talk it all and more on this Win Totals Locks edition of The College Football Experience.