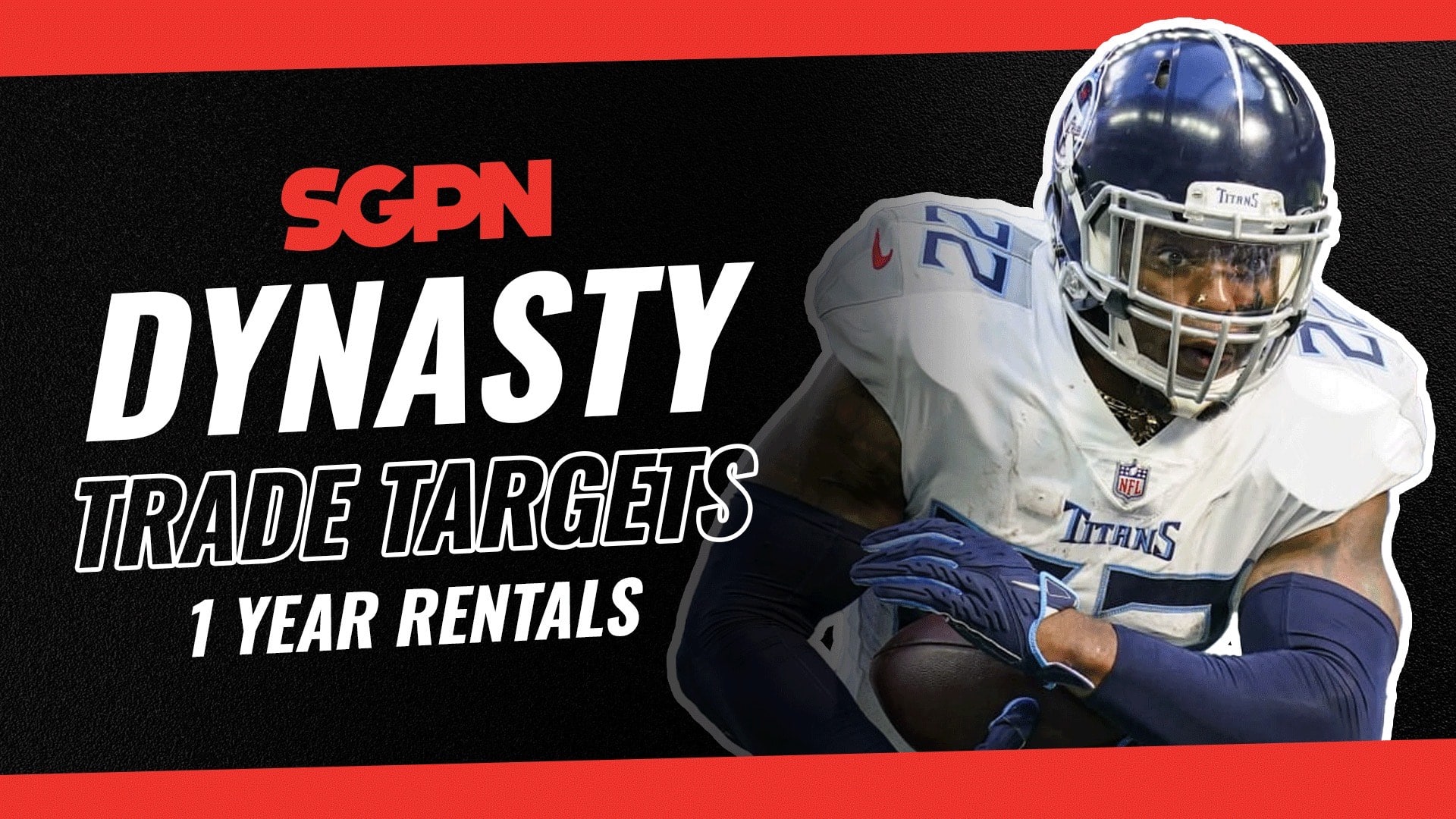 The fantasy football drafts are over, and it is time to trade.  Let’s talk about some of the perfect dynasty trade targets to put the final touches on that championship roster. Do not wait to make trades; beat your competition to the store. Go take an inventory of your league mates and see who is selling. Once you know who is selling, you can see who has players that fit your needs. Don’t wait for the offers to come to you, be aggressive.

The last thing you need is another competitor loading up or getting cheap deals because you waited around. Buying up young assets can be pricey; you should start at the clearance rack. I already wrote an article about the 2-3 year window guys. Here I plan to talk about 1-year rentals. These guys will be cheaper and will provide great depth while your younger players develop.

Tom Brady already retired once and already negotiated a $375 Million deal with Fox. At 45 years old, Brady should be attainable in trades. He has been playing at the top of his game and has been even better for fantasy since going to Tampa Bay. This year’s outlook is no different; Brady should be set for a top 8 season. Go get Brady while you wait for guys like Fields or Lawrence to develop.

Jared Goff is much younger than Brady, but no one would be surprised if the Lions drafted his replacement next spring. Nonetheless, other candidates like Mariota or Trubisky are bigger gambles playing with young rookies that could see the field at some point. Goff looks to be safe for at least this year, and there will be a bonus if he is the starter in 2023. The cost will still be low due to the question marks and Goff’s perception of the fantasy community. Goff was on fire the first half of the season last year, but his production slowed down a lot when other players got hurt. Goff sits behind one of the best offensive lines in the league, and the Lions did a nice job of adding talent around him. This is the most expensive offensive in the league in terms of salary as well. I didn’t believe it either, but it is true. Go grab Goff as your QB3 in your Superflex leagues before your opponents do.

I kinda like the Lions offense. Lots of targets for Jared Goff to spread it around with, like he needs. DJ Chark feels like a perfect No. 2 with his ability to win contested.

Ragnow/Decker/Sewell is a great foundation up front. I like the smash-and-dash of Williams and Swift.

Derrick Henry comes in as the RB14 in dynasty rankings based on FantasyPros ECR. At 28, we all know the end is coming for Henry. Being a top-end Running Back at 28 is even going against the odds. People are wanting to get out from under Henry in your league before it is too late. As a result, go take advantage and reap the rewards this year. Henry was absolutely on fire last year, and he was the RB1 before going out to injury last season. Henry was able to perform at a high level when he returned to the playoffs too.

Josh Jacobs‘ price continues to drop, and now might be the time to buy in. The Raiders’ actions let us know that they are not committed to Josh Jacobs. They declined his 5th-year option, and they drafted Zamir White. While this doesn’t rule out them resigning, Jacobs, it lessens the chances. The range of outcomes for Jacobs next season is all over the place as a result. He could easily end up as more than a 1-year rental, or he could end up on a committee somewhere next year. However, as far as this year is concerned, I think Jacobs can be fantasy viable.

The Raiders will be a good offense, and you will want the starting RB on that team. Josh McDaniels’ led offenses have been known to use their Running Backs on the goal line frequently. In addition, they also have had a history of running contract-year RBs into the ground.

Robert Woods could end up as the WR1 in Tennessee this season. This isn’t the high-flying offense that he was involved with in LA, but he might get the biggest piece of the pie. Woods is currently being drafted as the dynasty WR58 per the FantasyPros ECR. We have seen Woods be a solid weekly starter for several years, and he’s one of my favorite dynasty trade targets. The reward far outweighs the risk at that price, and Woods should give you solid depth.

Robert Woods is projected for 106 targets, but he’s essentially free in fantasy football drafts. This is puzzling to me.

Everyone is waiting for Adam Thielen to fall off a cliff. Scoring 10 touchdowns in 13 games last year showed that he still has something left in the tank, though. Thielen is going to cost you even less as he is currently coming in at the WR53. Kevin O’Connell has already told us that he plans to throw the ball more, and this will only help Thielen.

There are some question marks this season around who will be the #2 option behind Terry McLaurin. We have all seen Carson Wentz’s propensity to target the Tight End position before. Logan Thomas could easily see 100 targets, and he is currently an afterthought in drafts. Even if he misses the first couple of weeks of the season, Thomas is someone that you can get for free right now. If he ends up getting 6-8 targets a game, you will be kicking yourself for not acquiring him at his current price.

Austin Hooper signed a massive deal with Cleveland, and it just did not work out. Hooper is in a situation in Tennessee where we have seen the Tight End featured before. If Hooper ends up with 100 targets in this offense, he will be a TE1 in fantasy. Right now, he is being drafted outside the top 20 Tight Ends or can be acquired for a ham sandwich. Go get him as a backup and see how things work out. I would send a late 3rd or even an early 4th-round rookie pick for his services. As this offense develops, look for Ryan Tannehill to target veterans Hooper and Woods in year 1.

Thanks for checking out this article on SGPN highlighting dynasty trade targets. Check SGPN daily for more fantasy football content coming out before the start of the 2022 season.