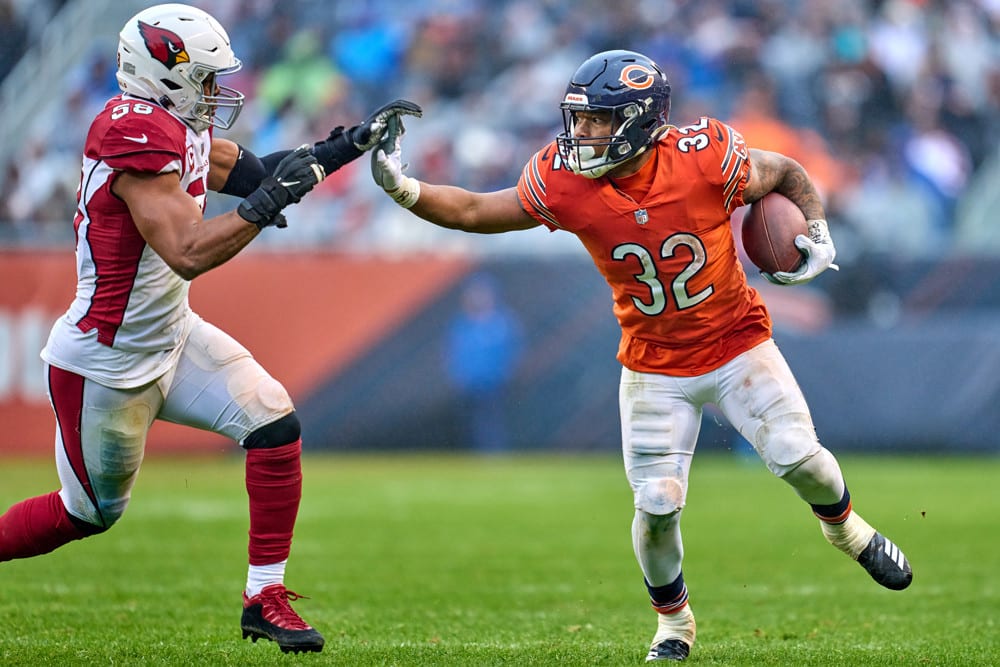 Hello everyone, and welcome to the release of SGPN Fantasy Football’s first set of 2022 fantasy rankings. August and the beginning of September mark the peak of draft season, and we could think of no better time to release our draft boards. We will be updating our fantasy football rankings up until the start of the season and each week thereafter as well.

Our preseason fantasy football rankers include Adam Pelletier, Justin Bruni, and myself. Below I discuss some of the biggest differences in our rankings and why these players are so polarizing. Additionally, subscribe to the SGPN Fantasy Football Podcast for the most up-to-date news and analysis. You can also check for the latest info in the SGPN App available on Android and Apple devices.

How to Draft RB Heavy

Mixon is going in the first round of drafts right now but is being ranked very differently by one of our experts. Adam and I have him ranked as the RB5 and RB4, respectively, while Justin has him as the RB10. This is especially significant as this is the difference between a mid-first and a mid-second round startup pick.

When talking about this with Justin, he cited health concerns, as well as an increase in passing volume as reasons for this lower ranking. These are legitimate criticisms. However, I still think Mixon is in store for a fantastic season.

The Bengal’s offense should take a step forward in 2022 as they boast the most talented group of skill position players in the NFL. While Burrow is likely to see an increase in pass attempts, the offense should be on the field a lot more in 2022 as well.

They were only 24th in offensive plays per game last season, and that’s sure to increase this year. Mixon is also coming off of his most productive receiving season, and I don’t see any reason why that shouldn’t continue going forward. I expect a repeat RB4 finish, and Mixon is a big value in fantasy drafts right now.

Kamara has dropped considerably in 2022 fantasy rankings due to a possible suspension stemming from an incident at the Pro Bowl this past February. While this is concerning, it doesn’t appear like it will be an issue in 2022. I will be operating like he will be available the full season in my drafts going forward, which means his ADP is far too low right now.

In our PPR rankings, Adam has him ranked the lowest at RB13 and Justin the highest at RB6. I’m somewhere in between as I don’t fear a suspension but feel as if his best days could be behind him. Jameis Winston is unlikely to be as efficient as Drew Brees and will want to push the ball more downfield.

Nonetheless, due to volume, he’s a great selection in the early second round of fantasy drafts. He is going a bit later than that as the 19th player off the board, according to Fantasy Pros ADP. This is likely to rise, though as we get closer to the season. Enjoy the dip now, as people will slowly begin to adjust to his changing legal situation.

Montgomery is a player that I have ranked far lower than Adam or Justin in my current PPR rankings. While he’s a top 32 player in their eyes, I have him as the 48th player on my board. There isn’t anything wrong with Montgomery, the player, but rather the state of the Chicago offense. Currently, the Bears are projected to be one of the worst units in the league. The offensive line isn’t great, and they have one of the least talented receiving units in the NFL as well.

Fields also struggled as a passer in 2022 and failed to generate any success on offense. He should improve, but the Bears are still likely a year away from taking significant steps forward. What this means for Montogmery is fewer total plays, fewer touchdown opportunities, and negative game scripts. He will still be fantasy relevant as I have him as a top-four round selection, but I don’t see him as a player with a high ceiling this season.

I’m not drafting David Montgomery or Josh Jacobs at literally any point. They’re off my board. Absolutely 0 swag. Kills the whole vibe of the team.

Khalil and Zamir on the other hand? ????

Adam and Justin also rank Elijah Mitchell considerably higher in their rankings than I do. He checks in as the 27th and 32nd ranked player on their boards, while I have him all the way down at 55 overall. The upside is certainly there, as he showed last season with 1100 all-purpose yards.

This was extremely impressive for a sixth-round pick. Nonetheless, he carries a lot of risk going into 2022. Kyle Shanahan has been known to play the hot hand at Running Back, and Trey Sermon, Tyrion Davis-Price, and Jeff Wilson are all candidates for touches.

Elijah Mitchell has no draft capital to back up his position on the depth chart either, so he will have to continue to outperform these players week in and week out. It is also hard to project how the offense will change with Trey Lance under center. Mitchell did have 100 yards rushing in week 17 last season when Lance was given the start. It is still too much risk, though, in the 3rd round of a fantasy draft, and would consider him more in the 5th round range.