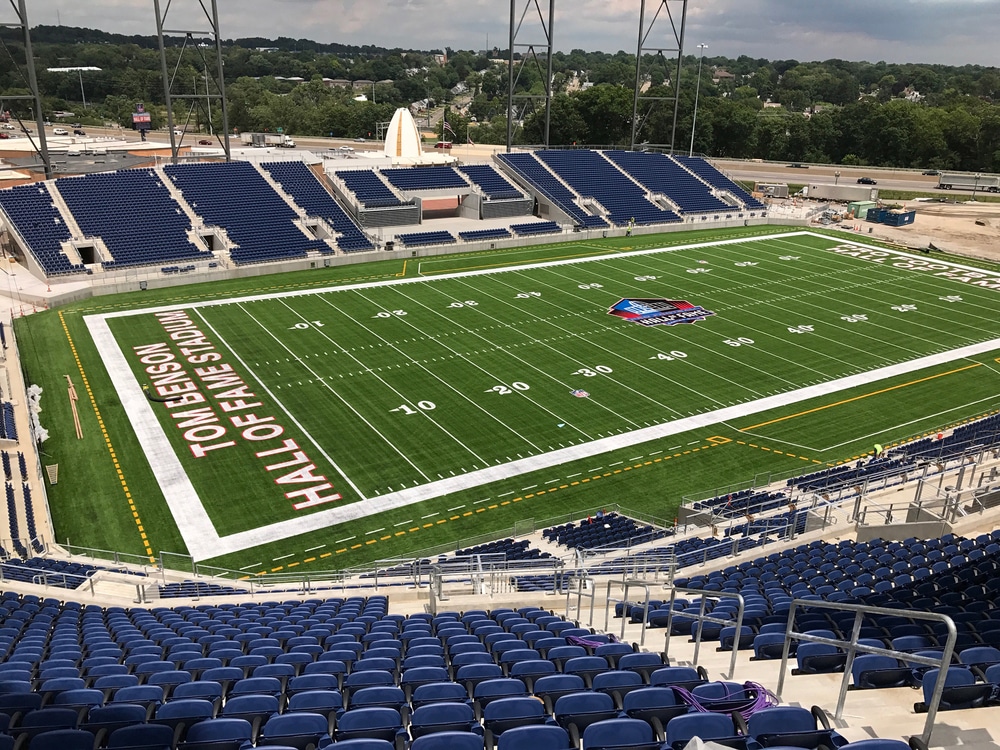 Football is back! The 2022 Hall of Fame game kicks off Thursday night with the Las Vegas Raiders taking on the Jacksonville Jaguars. Both teams are beginning a new era with a pair of former head coaches returning to the sidelines. Looking forward to NFL Week one? Check out NFL Week 1 odds.

Doug Pederson takes over in Jacksonville after an embarrassing stint from Urban Meyer. Josh McDaniels returns to the head coaching ranks for the first time in a decade out in Vegas.

Let’s dive into some best bets for Thursday night with multiple starters that will be sitting out.

The weather reports out of Canton, Ohio, are calling for thunderstorms around kickoff. The Hall of Fame game is known as the lowest scoring game of the year.

The total sits at 30.5 after opening at 33.5. The total has averaged around 29 points over the past 10 Hall of Fame games. Both teams have announced that they will sit multiple starters.

Jake Luton will get the start at quarterback for the Jaguars with Trevor Lawrence out. On the other side, for the Raiders, it will be former Patriot Jarrett Stidham that will get the nod. I like for the historical low-scoring trend to continue with multiple starters out and bad weather looming.

To continue the low-scoring and bad weather trends, we like the defense for a DFS option in this game. The Eagles excelled in taking the ball away early in Pederson’s tenure. Philadelphia ranked in the top 10 in each of Pederson’s first two seasons in turnover differential.

Although this is just a preseason game, Pederson has emphasized the turnovers early throughout camp. I like the Jaguars to force a couple of turnovers and maybe even score off their defense Thursday night.

The Ole Miss rookie is set to get the start for Jacksonville with Etienne and Robinson out. The 5th-round pick will be showcased heavily with the bad weather conditions.

Conner is a physical back that will thrive in the preseason setting. I love rookies in early preseason games that have something to play for in a roster spot.

The undrafted rookie wideout from Ball State will look to stand out for his new coaching staff. Hall is undersized at 5’8 but has stood out at camp so far with his quickness and route running.

Hall will have to have a monster preseason if he wants a chance to join the new Raiders’ wide receiving core. Like Conner, this is another rookie that has a roster spot to compete for in a preseason game.