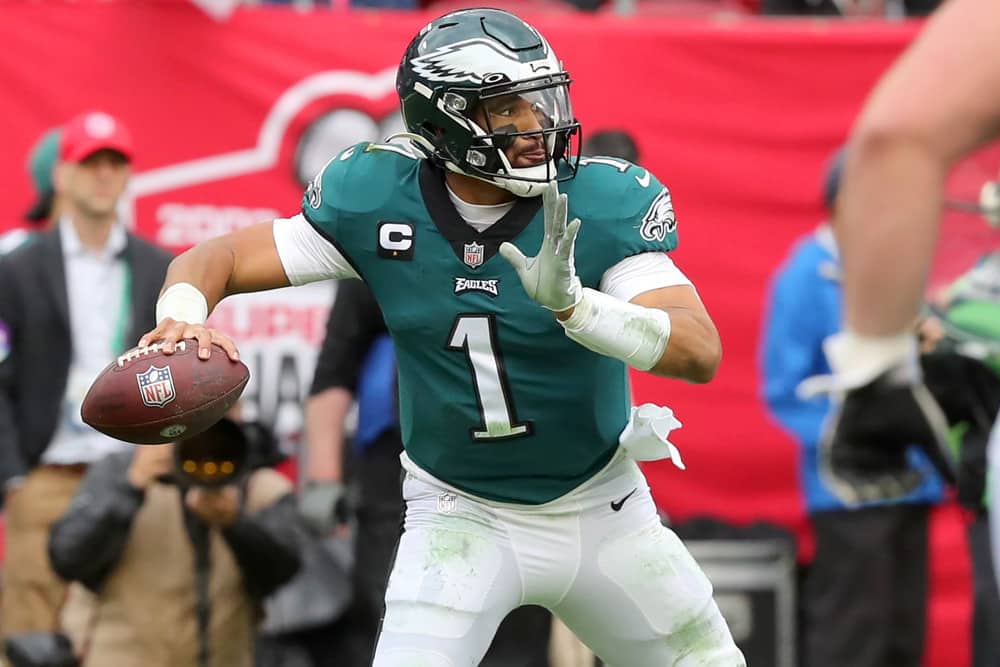 Welcome to the newest SGPN Fantasy Football Podcast, Old Fashioned Football.  Hosts Justin Mark and Miranda Mark will be talking fantasy football and primarily auction leagues.  But that’s not it, they’ll also be talking whiskey.  Each week during the show they’ll be drinking an Old Fashioned and sampling a whiskey on its own as well.  In their debut, they’re talking contracts in fantasy football and drinking Jefferson’s Ocean Aged at Sea.

Want to take your dynasty league to the next level or start an auction dynasty league?  How do you go about handling contracts in fantasy football?  Should you contract a player even if they are a high-dollar contract?  Should you be concerned with going into the draft with a big budget no matter what, or only depending on your current roster?  How should you set up your dynasty fantasy football league if you want to have an auction draft involving contracts?

Justin and Miranda answer all these questions and more, all while drinking their Old Fashioned.  And don’t forget to stick around to hear their thoughts on the whiskey and to learn a little bit more about Jefferson’s Ocean Aged at Sea.  And while their debut is a little formal given the informative episode, come back next week for a more laid-back conversation on how to win your fantasy football auction draft.

As always, make sure to subscribe to the SGPN Fantasy Podcast on Apple and Spotify.  Find Justin (@JMarkfootball) and Miranda (@JMarksWifey) on Twitter.