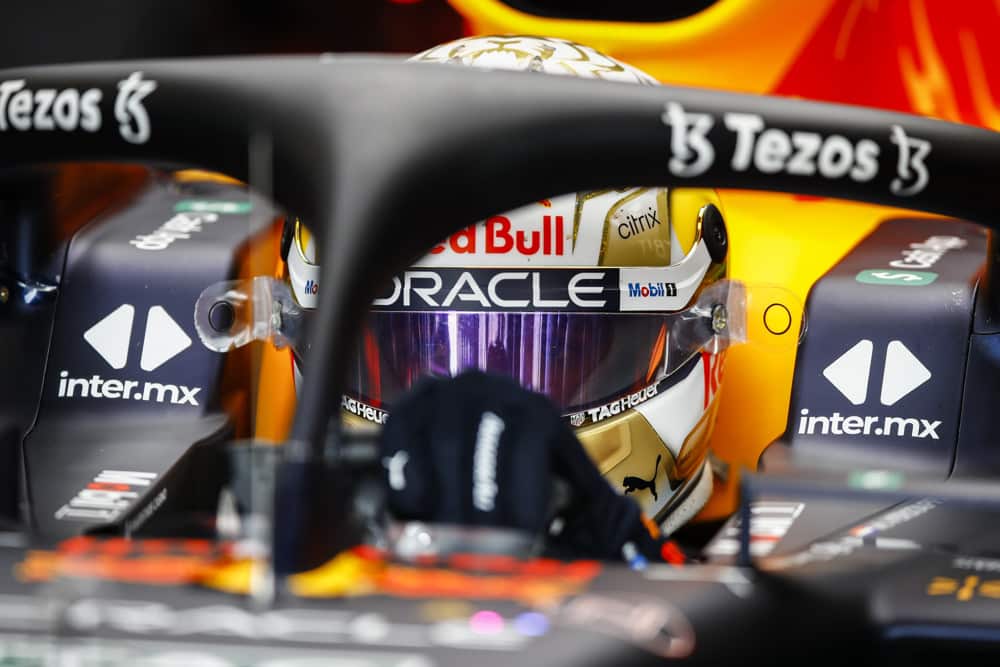 The Austrian Grand Prix Betting Preview gets you set for this weekend. The 2.683-mile track is located in Spielberg, Styria, Austria. In 2021 Max Verstappen Achieved his first career grand slam as he won the pole, fastest lap, and won the race. And led every single lap in the race as well. The eventual series champion dominated in 2021. 2021 was the second year in a row for a driver to lead every single lap. Valtteri Bottas led them all en route to his eighth career win.

Great Britain had it all! A scary first-lap wreck that had everyone holding their breath, Zhou Guanyu flipped upside down and slid on his top before flipping over the wall and coming to a rest with his helmet practically upside down and against the wall. Thankfully Zhou is okay and was most likely saved by the “halo” installed on the cars starting in 2018. Fellow competitor George Russell immediately stopped his Mercedes and sprinted to check on Zhou. Russell was not allowed to continue racing because he left his car on the track. A rule that certainly should have an exception for something like this, but unfortunately does not.

Russell was only concerned about his fellow drivers’ health and had no regrets saying “First of all, the most important thing is that Zhou is ok. That was a scary incident and all credit to the marshals and medical team for their quick response. Obviously gutted to end the race this way and I’m sorry for the team and the fans. Cheering LH (Teammate Lewis Hamilton) on from the garage.”

Great Britain also brought some great late-race racing after a late safety car. Carlos Sainz made all the right moves and drove away from the field for his first victory. On his 150th attempt in his eighth season in F1, the Spaniard is finally able to say he made it to the top of the podium. Sainz is only the second Spanish driver to win in F1.

Two years in a row it’s been only one driver to lead every lap. That’s also available (+600). Playing both can still result in a positive gain and that’s how I will do it. This year will probably be similar to what we’ve seen a lot of. And that’s Max Verstappen. Maybe Leclerc can snag the pole, or someone will lead during a pit cycle. This is Verstappen’s race to show out and I think we see that.

Mercedes has been strong this year. In four of the last six events, the combo of Hamilton and Russell has scored the top-6 finish. Before last week Russell had yet to finish outside of the top 6 in all nine rounds of 2022. Last week was Russell’s lone exception and obviously, that finish was due to him just being human and looking after his fellow man. Hamilton laid down the fastest lap (A beautiful 33/1 ticket cashed) and was in the running all day. Look for this pair to get it done once again.

33-1! ⁦⁦@LewisHamilton⁩ fastest lap! He was in it all race and so close to the win, but that’s what we do at ⁦⁦@GamblingPodcast⁩ ! FREE WINNERS! ⁦@TheSGPNetwork⁩ https://t.co/0WnAK43CzS

In eight of ten rounds so far into 2022, we have seen a safety car. In this event last year the safety car was deployed on lap one. The second year in a row a safety car was needed. This bet is juiced up a little and for good reason. All trends point towards a safety car needed again this weekend, so I will be taking yes to a safety car at (-182).

Max is giving juice as the winner of this race. So, adding the fastest lap to it allows you to make it a plus-money endeavor. Max has won here three times before and already has six on the season. A lackluster performance last week at the Great Britain Grand Prix is sure to have Verstappen fired up this week. This track has shown how one guy can dominate and win it all. Expect Max to be that guy once again and is a lock for this week’s Austrian Grand Prix 2022 Betting picks.

Russell did the right thing last week and got out to check on fellow driver Zhou Guanyu after that horrifying wreck. Russell wasn’t allowed to return to the race and suffered a not-classified finish due to that. The racing gods are surely going to look down on the 24-year-old British driver and smile going forward. So, if Max can’t get it done or has an issue, maybe George will be there to snag that first win of his career.