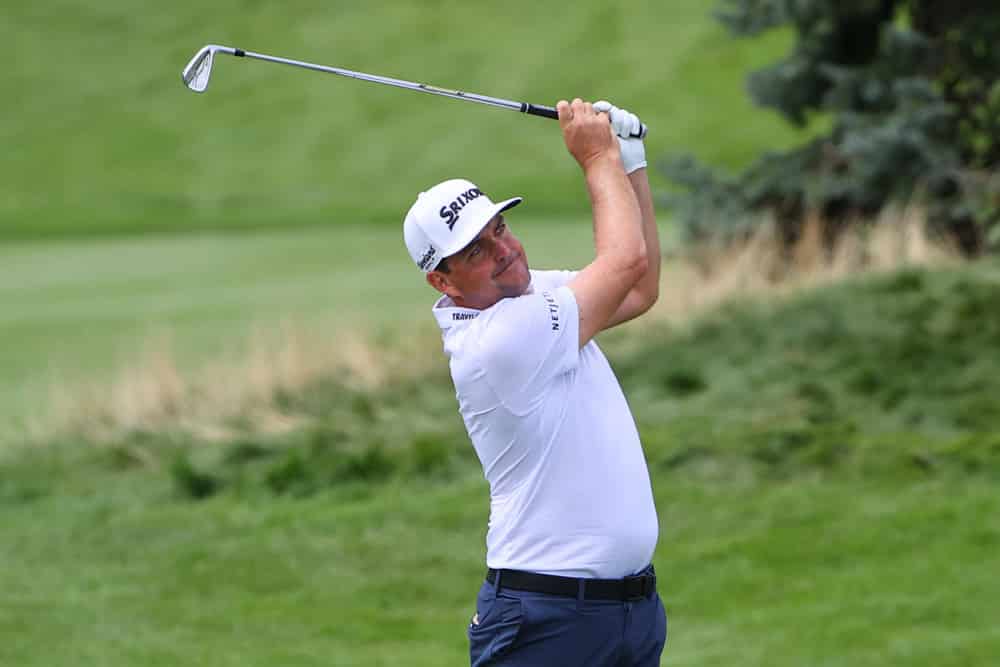 It’s PGA Championship Week at Southern Hills Country Club! We are underway for the second major of the 2022 season, and I could not be more excited for this course and field. The top players in the world are headed to Tulsa, Oklahoma to compete for the Wanamaker Trophy. The 2022 PGA Championship is a great time to play DFS.

Southern Hills was not supposed to host the 2022 PGA Championship but was swapped in for Trump Bedminster just over a year ago. Although a last-minute call, Southern Hills could very well be one of the most interesting and compelling major venues we have seen.

A 7,550-yard par 70, Southern Hills has deep and ample bunkers, small undulating greens and massive run off areas. A course that opened during the Great Depression by Perry Maxwell and renovated by Gil Hanse, this classical course will be a true test of golf.

In terms of the field, it’s quicker to discuss who is not playing. All the top players in the world will be teeing it up this week. Other than Harris English, Paul Casey, Sungjae Im, and Phil Mickelson, your favorite golfers will be in the field.

There are many storylines going into this event. Tiger Woods is teeing it up for the second time since his accident. Jordan Spieth is chasing a career grand slam. And Scottie Scheffler is looking to go back to back.

This course is fairly forgiving off the tee, but the real test is going to on and around the greens. The greens feature intense run-off areas and are very slick. It is going to be extremely important to be able to chip the golf ball this week.

Let’s get into our favorite DFS plays this week for the 2022 PGA Championship.

When you spend more money, you get a better product. That is exactly the case this week with Scottie Scheffler. Undeniable best player in the world, Scottie will be in the mix at Southern Hills this week. With 4 wins in his last 7 starts including a green jacket, how do you not play him?

There’s a ton to like about Scheffler this week. He has a great combination of length and accuracy, excellent iron play and excels in difficult scoring conditions. But there’s more to love besides that. As mentioned earlier, performance around the green is critical this week. Scottie has gained around the green in each of his last 8 starts. Forget the strokes gained data. If you watched the 2022 Masters, you saw some miraculous up and downs.

The reason I bring up Augusta is that their green complexes are the most similar to Southern Hills. They feature fast, undulating Bentgrass greens with shaved run-off areas. His ability to dominate around the greens and save par is going to be crucial this week. Scottie checks a ton of boxes of what’s needed to succeed at Southern Hills.

In addition, he kept the momentum going with a good performance at the AT&T Byron Nelson. Scheffler posted a T15 finish at the Byron Nelson, where he gained 5.5 strokes on approach. I see no world in which Scottie is not in the mix this week. He is a staple in my DFS lineups for the 2022 PGA Championship.

I want to preface this by saying that this Masters winner is going to be very highly owned this week. If you trying to gain leverage on the field, this might not be your play. His price point of $9,200 is extremely cheap for the caliber of golfer and form he is in. And because I’m playing the highest priced player at the 2022 PGA Championship, I can’t fit anyone else more expensive into the DFS lineup.

Hideki is off a blistering hot 62 in the final round at the Byron Nelson. That propelled him into a 3rd place finish. He was also able to gain 10.4 strokes from tee to green. His biggest weakness has always been his putting, but he was still able to gain over a stroke last week. Plus, he’s putt well on fast Bentgrass surfaces before. He excels in difficult conditions and already has two wins this season. Hideki is a surefire pick to excel this week. Pick him in your DFS lineup at the 2022 PGA Championship.

Three picks. Three golfers that excel at Augusta. I am sticking to that theory this week and I believe that it will beneficial. Corey Conners is unquestionably one of the best ball strikers on tour. Over the past 36 rounds, he ranks 7th in Strokes Gained – Ball Striking and 6th in Strokes Gained – Off-the-Tee.

Getting in good position off the tee is paramount this week. Conners is an elite driver of the ball and can get into the correct position off the tee. With numerous creeks and tricky Bermuda rough, one can’t spray it everywhere at Southern Hills. And because the greens will be difficult to hit in regulation, I feel confident backing a player who is as good of an iron player as he is. Corey ranks 7th in Greens in Regulation gained and 2nd in Good Drives Gained in this field. That is a recipe for success this week. He should do well for your 2022 PGA Championship DFS lineups.

Keegan Bradley said this week that he is “playing the best golf of his life right now”. After near miss at The Wells Fargo just two weeks ago, I see no reason as to why Keegan can’t keep to momentum going.

Bradley ranks 8th in Strokes Gained – Approach over the past 24 rounds, 10th in Strokes Gained – Putting and 21st in Strokes Gained – Off-the-Tee. Keegan has always been an extremely talented ball-striker but costs himself on the green. But with the help of the Aimpoint technique, he has putt well lately. He also has been excelling in difficult scoring conditions because of how consistent a ball striker he is. Cam Young is priced similarly to him this week and is garnering more ownership. Keegan is solidifying himself as the pivot in this range.

I am going to continue to play Bobby Mac in majors until he proves me wrong. He has made the cut in all eight of the majors he has played. That includes two Top 10 finishes and a T12 at the 2020 Masters. This guy gets up for big events.

MacIntyre gained over 6 strokes tee-to-green at the PGA Championship last year. He is a lock to make the cut this week and complete a 6/6 lineup for you. Play him in your DFS lineups for the 2022 PGA Championship. You won’t regret it.