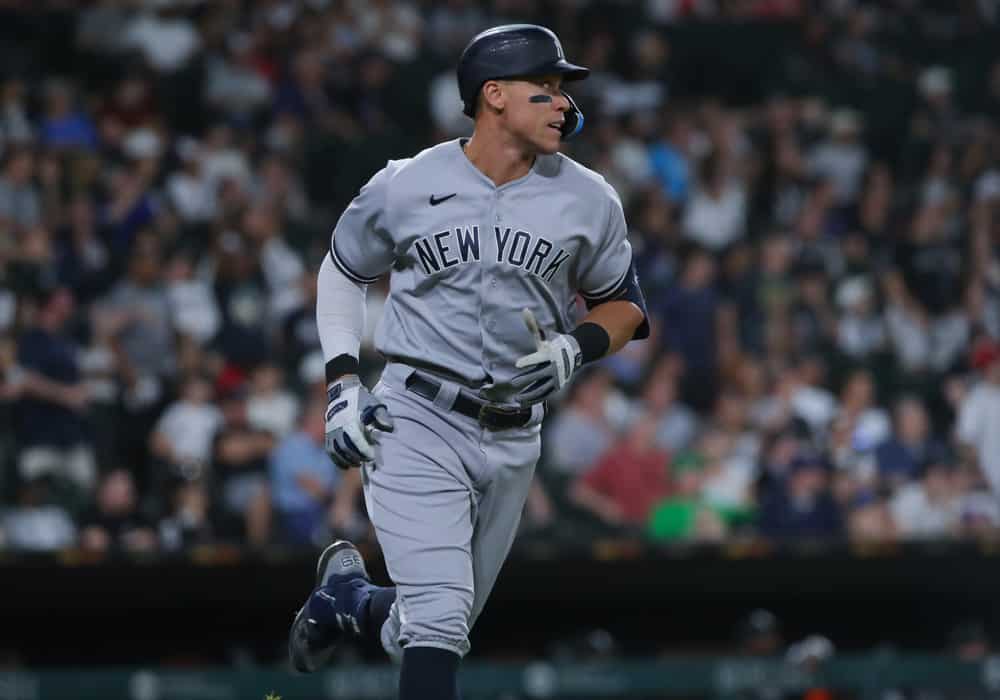 Last Saturday was not a great day for the MLB player props for me, but I look to bounce back this week and get back on the winning horse. Today features another 15 games on the schedule and we are starting to see more runs being scored. Below are my three MLB Player Props best bets for the Saturday baseball games!

Game two of the weekend series between the Padres and the Braves kicks off this afternoon. On the mound for the Padres will be left-handed pitcher Sean Manaea. Thus far this season, Manaea has walked 12 batters in just 36 innings pitched. In fact, Manaea has given up at least two walks in four out of his last five starts. Furthermore, the Atlanta Braves lead the league in walk percentage against left-handed pitching. I expect the Braves to be patient at the plate this afternoon, work the counts and draw the walks against Manaea to get on base. Take the Over 1.5 walks issued for this MLB Player Prop.

Cristian Javier will get the start today against the Washington Nationals in the second game of the series. The Houston Astros have been utilizing Javier out of the bullpen as well as getting starts for the team. In a total of 21 2/3 innings pitched this season, Javier has allowed only two earned runs. Further, Javier has a 11.2 strikeouts per nine innings average thus far this season. The Washington Nationals are one of the top teams in striking out this season. In fact, the Nationals are ranked #3 in both team strikeouts per game and strikeout percentage. At plus odds, I love this MLB Player Prop to get over the total.

Cristian Javier is the first @astros pitcher to record the first 8 outs of a game via strikeout since 1986 (Jim Deshaies 9/23).

Aaron Judge has been on a tear this season for the red hot New York Yankees. Thus far this season, Judge is hitting .305/.661/.1037 with 12 home runs and 37 RBIs. Further, Judge has at least two hits in three out of the last four games, including a homer in three out of the last four games as well. On the mound today for the White Sox is left-handed pitcher Dallas Keuchel, and Judge has good history against Keuchel. In fact, Judge has six hits in 15 at-bats against Keuchel, including four singles and two doubles. I believe Judge’s success against Keuchel will continue tonight. Take the Over 1.5 Total bases on this MLB Player Prop.