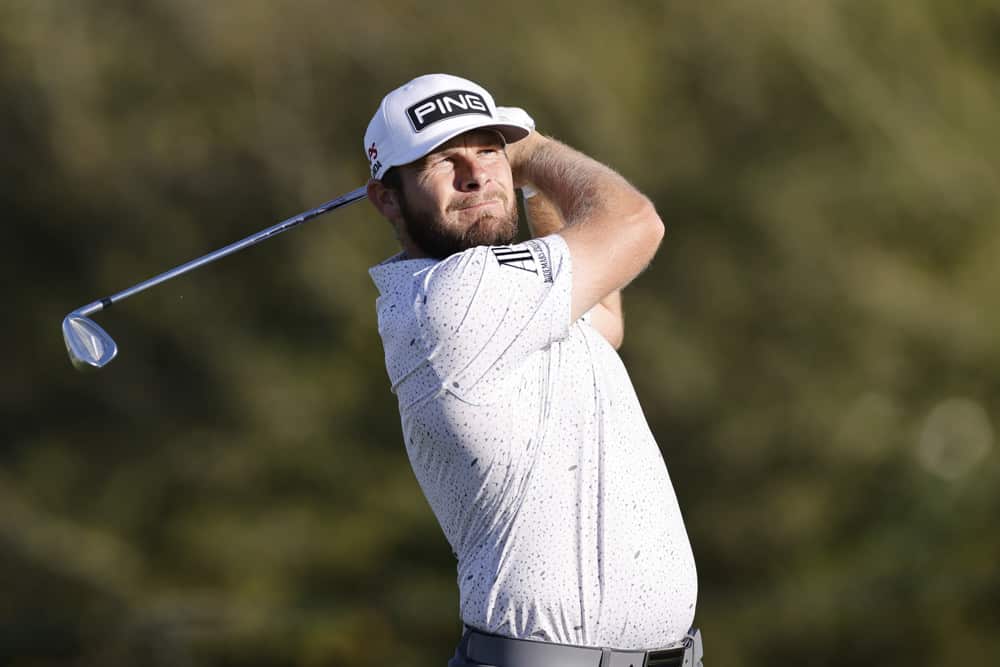 Considering you’re starting your card at over 30/1, one can structure it to fit both Hatton and Lowry. Part of me wonders if I was a week early on each at the Valspar. If so, they each have all the attributes I’m looking for in a winner at Match Play. Both of them are tremendous with their irons, particularly with their wedges. They both make a ton of birdies on shorter approach shots. And they’re putting really well leading into the tournament. That’s everything I’m looking for to win this event. Pick both at the top of your WGC-Dell Technologies Match play card.

Henley has some steam on him. For good reason. He’s a Top 5 wedge player in the field this week, he’s accurate off the tee and his putting is starting to come around. This price is probably higher than it should be. But if you’re someone with a set target of units won when hitting an outright, the adjustment on your bet size from, say, 60/1 to 45/1 isn’t that significant. Considering Henley is so elite with his wedges, makes a ton of birdies, and putts well on both Bermuda and overseeded surfaces, he’s very live to win the WGC-Dell Technologies Match Play.

Homa played well in his debut at Austin Country Club in 2021. He went 2-1 in group play, losing to eventual champion Billy Horschel in a sudden-death playoff. He can run hot with his putter, and he’s doing it on surfaces other than Poa Annua over the last year. And he’s hitting his irons tremendously. Over his last 12 rounds, Homa is gaining almost a full stroke per round with his irons. Of everyone in his group, he is by far outpacing everyone tee-to-green over the last month. And at 50/1, he’s priced at a range of eventual winners at this tournament. Pick Homa to win the WGC-Dell Technologies Match Play.

Sergio Garcia is consistently excellent at Austin Country Club. In five appearances, he’s averaged 2.1 points scored in group play. What’s odd about Sergio, however, is his current form. Right now his ball striking isn’t that sharp. He’s lost strokes with his irons in three straight tournaments. But he’s helping offset that with a really hot putter. That’s completely out of character for him! Maybe a return to a golf course he’s enjoyed solid success at will jumpstart his ball striking. If that happens and his good putter truly is legit, he has a big ceiling to win the event. Take Sergio at 55/1 to win the WGC-Dell Technologies Match Play.

Both have struggled mightily in 2022. Webb has battled injuries, while Reed hasn’t made a smooth transition to the PXG driver. But both have shown glimpses recently to suggest maybe they’re starting to figure things out. Reed continued to be a mess off the tee at TPC Sawgrass, but he gained strokes with his irons, around the green, and with his putter. It was his best showing in those three categories combined this season. As for Webb Simpson, he looked like his old self on Thursday and Friday at the Valspar. The weekend didn’t go so well for him, but he showed enough to convince me that maybe he’s starting to round into form.

If both have righted the ship, each possesses a ton of things I’m looking for to win the WGC-Dell Technologies Match Play. Both of them are tremendous with their wedges. Both of them are great putters. And both make a ton of birdies. Adding one or both at the back of a betting card at 75/1 isn’t a costly investment. Make either or both a pick on your WGC-Dell Technologies Match Play betting card.

Xander got a great draw. Tony Finau is struggling badly with his putter. I’m not convinced he can make enough putts to advance out of group stage. Takumi Kanaya hasn’t shown anything against stiff competition. He’s an unfinished product. Lucas Herbert at +325 could give Xander some trouble because he can drain a ton of putts. Herbert can be the big hitting version of Mackenzie Hughes and putt his way to the knockout round. But if Xander can get past him, he should breeze into the knockout stage. Pick Xander Schauffele to advance out of Group 7 to the knockout stage of the WGC-Dell Technologies Match Play.

Spieth looked like a mess at TPC Sawgrass. He didn’t look comfortable at all off the tee. But he’s still hitting his irons pretty well. And if he can avoid trouble off the tee, he’s capable of doing well this week. Plus, this has traditionally been a good place for him. In five appearances, Spieth averages 2.1 points in group play at Austin Country Club. Between the emphasis on hot putting, good wedge play, and an abundance of uneven lies, Austin Country Club is a venue Spieth is comfortable at.

The rest of his group seems like a friendly one too. While Keegan Bradley is a good ball striker, his individual match play record stinks because he can’t make a putt. Justin Rose looks lost at the moment. And this will be only the second time Adam Scott plays the WGC-Dell Technologies Match Play at Austin Country Club. He typically skips this event. He declined his invitation to Austin Country Club every year since 2017. Does he have any motivation? If he loses to Justin Rose on Wednesday, will he check out? If so, Spieth should walk through this group into the knockout stage.