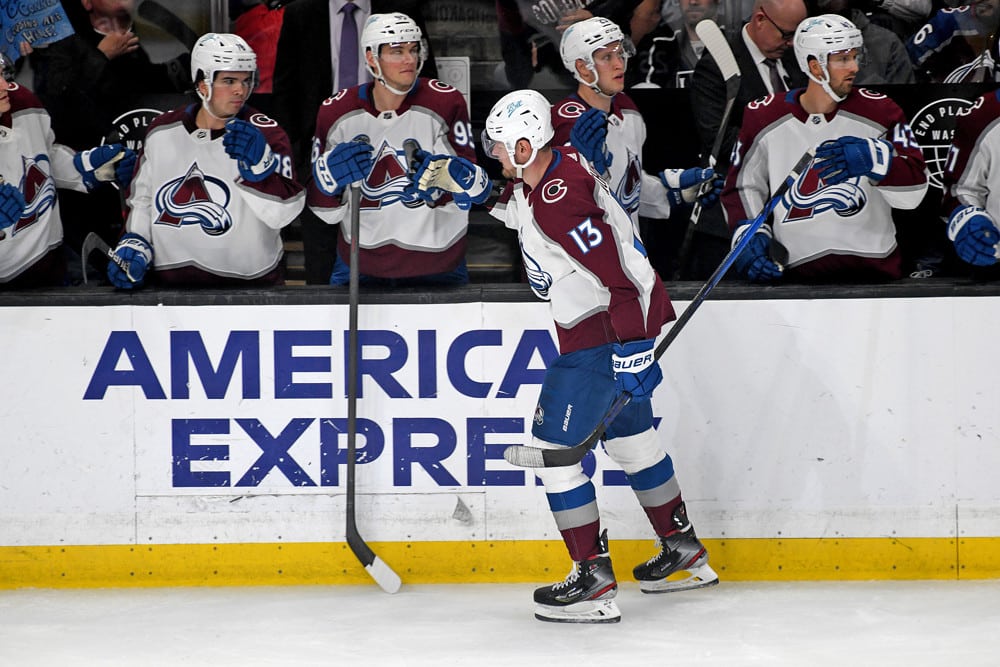 Welcome back to the Fantasy Hockey Waiver Wire: Teams to Stream & Best Pickups article! Week 22 is another busy one with three double-digit days (Tuesday, Thursday, Saturday), eight games on Sunday, five games on Friday, and four games on Monday and Wednesday. I’ll be your guide to help you win your fantasy hockey matchup this week with the best pickups, goalie options, teams to stream, and teams to avoid.

Given this week’s schedule, we’ll primarily be focusing on the nights with four or five games (Monday, Wednesday, Friday) with Sunday’s eight-game slate getting some play as well.  I’ve taken a closer look at some of those teams with players to watch on the waiver wire, claims to make off waivers, and the best pickups for the week. I’ll be highlighting some teams that have favorable schedules in Week 22.

The Avalanche are the best team in the league and they have the best schedule this week as well, playing on all four of the lighter nights.

Nichushkin has stepped up with Gabriel Landeskog injured. He has moved up to the top line and that’s paying dividends for the Avalanche. He has four points (2 G, 2 A) in his last two games and that should continue with four games this week. Pick up Nichushkin before someone else in your league does.

Unfortunately with a team like the Avalanche, a lot of their best players are rostered in most leagues. In deep leagues, I’d consider taking a flier out on Logan O’Connor (2% Rostered) as an opportunity play on the second line or J.T. Compher (3% Rostered), who plays in all situations and scored a power-play goal two games ago.

The Avalanche don’t have any back-to-backs this week, but they could turn to Francouz with four games in seven days. He’s been solid this season with a .919 SV% and 2.50 GAA.

The Penguins also play four times this week, including on two of the lightest nights and also on Sunday with eight games.

Rodrigues helped the Penguins early in the season when they were dealing with injuries, but he’s fallen off a bit in the second half. Having said that, he’s now getting a chance on the top line with Jake Guentzel and Sidney Crosby and we could see an uptick in production. He has three points (1 G, 2 A) and 20 shots on goal in his last five games.

For deeper leagues, Kapanen is a guy to look at. He’s picked up points in each of his last two games and had five shots on goal last time out. Kapanen can help you pick up points on those lighter nights.

The Sabres only play three times this week, not four, but all three games are on the lighter half of the schedule. Buffalo has gone cold with one goal or fewer in four of its last six games, so it’s slim pickings for the Sabres.

If the Sabres pick things back up offensively, Tuch is going to be a part of it. He plays on the top line and power-play unit. Tuch had 23 points (7 G, 16 A) in his first 23 games but has just a single goal since in seven games. That’s bound to pick up and it could happen this week.

It’s a similar story for Skinner. He has no points in his last six contests after recording 24 points (14 G, 10 A) in the first 24 games of 2022. Still, Skinner has been shooting a bit with 11 shots in his last three games. He’s bound to get back on the scoresheet soon.

On top of the Avalanche and Penguins, there are 11 other teams playing four times this week.