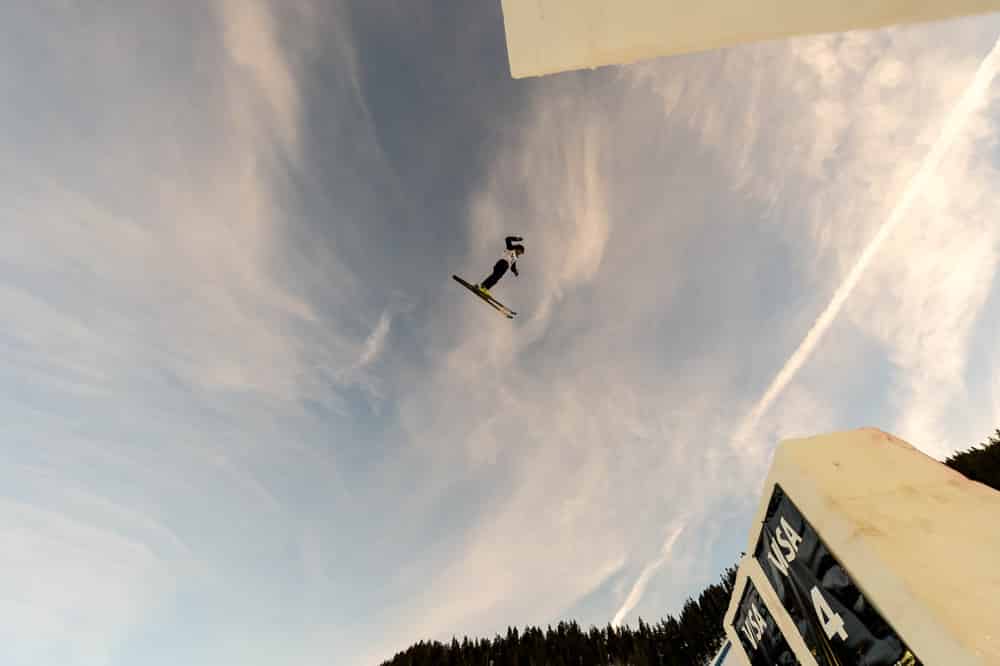 Seasonal depression is the worst. The fall creeps in and the nights start to get a little crisp. By the time we hit the heart of the winter season here on the East Coast, it is pitch black out by 4:30 PM. The lack of outdoor activities, sunshine, and therefore the lack of vitamin D all surely contribute to less than ideal moods this time of year. Thankfully we have things like the holiday season, great fall television lineups, and sports like football to give us events to look forward to. There is so much buildup to the Super Bowl just for it to be over in four hours. It then puts one final, dramatic stamp on the conclusion of the most-watched sport in America. So while the event is something to behold there is some sadness that comes along with it for those of us that live for football season. We have reached the sports void between the Super Bowl and the beginning of spring training. This year feels even more empty as the MLB lockout continues. We are left without even the slightest sniff of baseball glove leather. I can usually at least wet my pallet watching videos of pitchers and catchers reporting to training camp. I live for the bullpen session videos where I can enjoy the euphoria that hearing a catcher’s mitt pop from a 95 mile per hour fastball brings to every baseball lover’s brain. Alas, I do not come bearing only bad news but a silver lining. The 2022 Winter Olympics Freestyle Skiing Men’s Aerials is shaping up to be a blast and when there are betting odds there are bets to be placed. Am I right? That is where my betting picks come in.

The 2022 Winter Olympics Are Here to Save The Day!

Though it may feel like we have fallen into a bit of a sport’s void, we have a white knight riding in in shining armor. In rides the 2022 Winter Olympics in Beijing! Not only are the Winter Olympics a fun sporting spectacle that all can enjoy, but the rise in popularity of sports betting has also made it an even more enjoyable experience. I love the freestyle skiing and snowboarding events being showcased at this year’s Winter Olympics. The freestyle skiing is comprised of a multitude of skills and events. These include moguls, halfpipe, slopestyle, big air, and aerials. These events can include impressive tricks like slides on rails and boxes on their skis. It can also include a skier performing aerial slips and spins. I am particularly interested in the Men’s Aerials Finals. In many states, mobile sports betting is now legal adding another layer of intrigue and viewing complexity to what was already a must-see event. Let’s take a look at what is on tap and talk some betting odds, favorites, dark horses, and what my picks are for the freestyle skiing men’s aerials event!

What Is Freestyle Skiing-Men’s Aerials?

This type of freestyle skiing is a judged event. The Men’s Aerial finals event includes aerialist skiers that are judged based on three categories: jump takeoff, jump form, and jump landing. These skiers are judged based on their performance on two jumps and their score is cumulative. A degree of difficulty is also considered in their final score. The aerialist skiers ski off of ramps that can range in height from two to four meters. These jumps can launch skiers as high as 20 meters above their landing height. Once the skiers are launched to max height they will perform a series of tricks that usually include a series of flips and twists.

Where to watch: USA, Peacock, and NBColympics.com

Who: Maxim Burov is a Russian freestyle skier specializing in Men’s Aerials.

Accomplishments: Burov is a highly decorated three-time FIS Freestyle Skiing World Champion and has won back-to-back titles in the Men’s Aerials in 2019 and 2021. He and his brother, Ilya, competed in the 2018 Winter Olympics and specifically in the Men’s Aerials event. In 2018, Maxim placed 15th while his brother won the bronze medal.

Outlook: The reasons for Burov currently sitting as the betting favorite are no mystery. He has a recent run of success at the FIS World Championships. He has the experience and family legacy you look for in a champion. It would be a shock to no one if he won this event and surpassed his brother’s bronze with a gold medal of his own. This is the safe bet if you are not willing to shoot for the stars but would rather shoot fish in a barrel.

Who: Noe Roth is a Swiss freestyle skier that kicked off his career in 2014 and specializes in aerial skiing. Rosh is no stranger to the spotlight nor to aerial jumps. Roth has been “the next coming” and a phenom since the age of six when he landed his first front flip.

Accomplishments: At the age of 17 Roth won the Junior World Cup. A year later, in 2018, Noe managed to win the bronze medal in his first-ever attempt at the FIS Freestyle Skiing Elite World Cup. Since then, Roth has gone on to place in the top three in Men’s Aerials numerous times at the  FIS Freestyle World Cup and World Championships. Most recently in 2022, he placed second in the FIS Freestyle Skiing World Cup in Ruka, Finland. Roth participated in the 2018 Winter Olympics and placed 16th. Roth is another with strong family ties to these Olympic games. His mother won the bronze medal in the 1998 Winter Olympics held in Nagano, Japan.

Outlook: Roth has done nothing but succeed and improve his game since this 16th place finish in the 2018 Olympics. As recently as last month he placed second in the World Cup. Can he make the jump and push for gold just one month later during these Olympic games? The betting odds would suggest that many believe he can. The future is bright for this young and talented star.

Who: Sun Jiaxu is a Chinese freestyle skier and participated in the 2019 FIS Freestyle Ski and Snowboarding Championships. He competes internationally for China.

Accomplishments: He won a medal in the 2019 FIS World Championships games but placed 13th in aerials. He has won the bronze twice, in 2017 and 2018, in the Men’s Aerials portion of the Junior World Championships. He has started in sixteen world cups and has been victorious four times. His latest victory came in the 2022 FIS Freestyle World Cup Men’s Aerials in Les Relais.

Outlook: There seems to be a theme here. We have betting favorites that have all had a recent run of success and have seen recent success in the FIS Freestyle World Cup and World Championships. At 22 years old, Jiaxu is another young, supremely talented aerialist that the Chinese Olympic team seems to be full of.

Who: Xindi Wang is a Chinese freestyle skier who competed in Men’s Aerials for China in the 2018 Winter Olympic Games.

Outlook: Keep an eye on the Chinese Olympic team in these Freestyle Aerial events. They have a surplus of outstanding athletes and young talent that could run the table. It might not be the worst play to hedge your bets and put some money on a few members of the Chinese team. Given their recent success and favorable odds, both Wang and Jiaxu could be sneaky good plays this week.

Who: Eric Loughran is an American male freestyle skier who also made his first Olympic appearance at the 2018 Winter Olympic Games in Pyeongchang.

Accomplishments: Loughran has 11 career World Cup top-ten finishes. In 2021, he was a World Championship Bronze Medalist as part of the aerials team. In 2020, he was the national aerials champion and finished in second with a silver in 2021. He finally reached the podium of the World Cup in China in 2019 where he placed third and won a bronze medal

Outlook: Loughran is my dark horse candidate to win the aerials event. Though Loughran may not be as decorated as some of the other athletes, he always seems to be on the cusps of greatness and ready to break through. He clearly is not one of the betting favorites with current odds sitting at +10000. But, if you have a little extra money from all those Super Bowl bets you surely won, why not have some fun with it? Those odds are too juicy to not throw a little coin at.

Other Winter Olympics Games to check out on Feb 15 & 16th

Make sure to check out the other Olympic Games either starting or playing on Wednesday, February 16th including; the Alpine Skiing Men’s Slalom final round, the Women Biathlon final 4×6 km relay, the Women’s Bobsleigh training heats, Men’s and Women’s Cross Country Skiing, Men’s and Women’s Curling, Ice Hockey and more! All Olympic games can be watched on USA, NBC, Peacock, and NBColympics.com.

Make sure to check out tomorrow’s preview of the 2022 Winter Olympics Women’s Speed Skating and Figure Skating. There you will get a sneak peek at the betting odds, favorites, and our picks for this event! Why not take every advantage you can get and get a head start on building up your betting bankroll. These Olympics continue to be a blast. This is a great opportunity to dip your toes in the betting waters if you haven’t already.