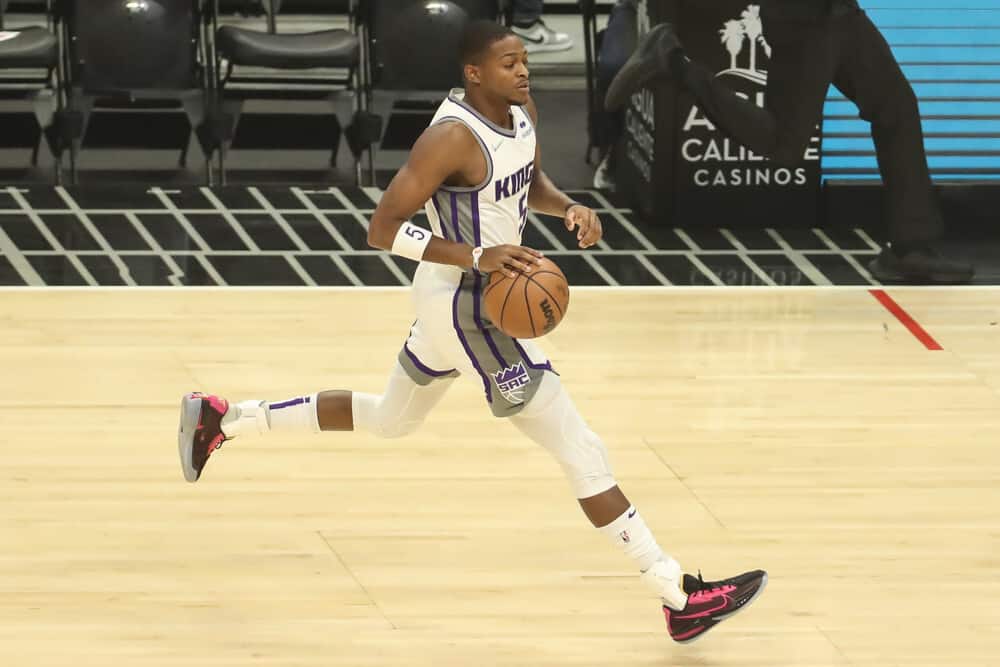 I highlighted the biggest fantasy basketball surprises, of the good variety, last week in my Fantasy Basketball Advice: Biggest Overachievers column. Now, it’s time to flip the coin over and check in on the biggest busts – the Biggest Underachievers. I did this based on a player’s average fantasy score per game to filter out the ones who have just had bad injury and/or health luck, so I can give fantasy basketball advice on whether to keep or try to trade a player before the trade deadlines. Let’s dive into the list of heartbreakers. 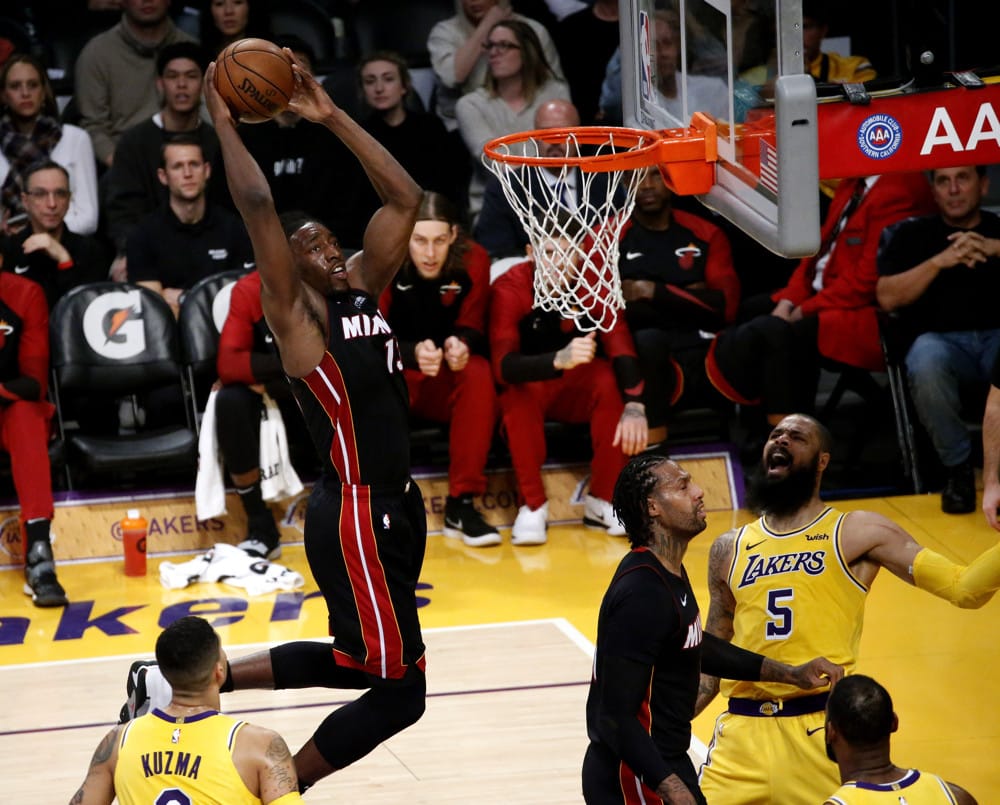 Not only did Bam Adebayo fail to live up to his lofty preseason ranking, but he also has been on the shelf for the past month and a half after having thumb surgery. While his 18.7 points are exactly what he averaged last season, and his 10.2 rebounds per night tie a career-best, his assists and blocks really fell off a cliff this season, while his turnovers are at a career-high. It’s the assists that really made him stand apart, especially at the center position.

Fantasy Basketball Advice: He’s still putting up good numbers, but with Jimmy Butler and now Kyle Lowry on the squad, I doubt we see his assist numbers rebound up to over five a night as in past seasons. If you can get good value, maybe trade him now that he is set to return.

(Michael Porter Jr ranks next on the list, but considering he’s a longshot to return this year, we’ll move on).

Oh great – a player I have rostered makes it high on this list. And one with an amazing last name, to boot. De’Aaron Fox is scoring over four points a night less this season, he’s hitting half as many threes at a horrific 25% clip, and is dishing out over two fewer assists per game. A bad season all around thus far, by his lofty standards. By there’s hope – he’s averaging 25-5-5 for January.

Fantasy Basketball Advice: I’m going to hold Fox, and I suggest you do as well. His January numbers are what we expected from him and what we hope for going forward.

Sacramento Kings players are underachieving – who could have thunk it?! Richaun Holmes is scoring and blocking shots a little less this season, but all of his shooting percentages and rebounding numbers are career highs. I think giving a journeyman third-round preseason value is the main culprit here.

Fantasy Basketball Advice: He’s doing fine – he never was worthy of a third-round pick to begin with. His missing 19 games this season doesn’t help matters either.

Robert Williams is posting career-best numbers in pretty much every stat on the board, so it’s not his fault that he’s showing up in this column. Valuing him as a fourth-round pick is the issue here. I know big men are hard to come by, but come on people.

It hurts my heart to put one of my beloved Suns on here, especially the glue of the team, Miles Bridges. But in terms of fantasy value, he’s been a big bust this season. All his offensive numbers are down this season, despite still getting the same number of shots up (actually he’s averaging 0.7 more shots per game). He may end up being a player whose true worth on the court and to a team doesn’t show up in the boxscore.

Fantasy Basketball Advice: Get off him if you can good value – a breakout statistical year doesn’t appear to be in the cards this season.

Many, including myself, were looking for a big second season from young Isaiah Stewart, but that has failed to happen thus far. He’s giving you what he gave you his rookie year, with a few more rebounds thrown in. Not terrible, but nothing worth a fifth-round pick.