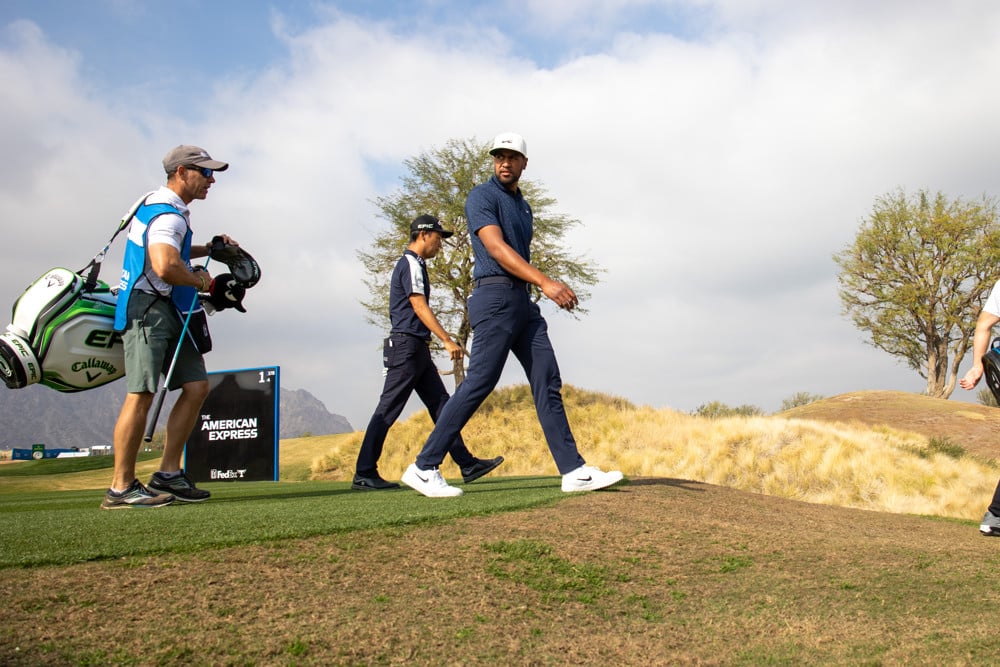 He first starts by hitting on Webb Simpson, Cameron Smith and Abraham Ancer and breaking down what went wrong for all of them at the Sony Open. Then he moves on to the American Express field and goes over all the notables.

Then he breaks down all three golf courses at the American Express. He details how similar the Stadium Course is to its sister on the East Coast. He also gives brief look at both the Nicklaus Tournament Course and La Quinta Country Club.

Then he goes over general betting strategies for the American Express. He outlines why this tournament is so tough to handicap. He also goes over what works well at all 3 places, as well as other leans to look at. Then he closes the show with the top course histories on the Stadium Course, the Nicklaus Tournament Course and La Quinta Country Club.

The Golf Gambling Podcast on the Sports Gambling Podcast Network provides for weekly DFS and golf betting analysis on every PGA Tour event. Co-Hosts Chris “Boston Capper” Clifford and Steve Schirmer bring the perfect blend of gut handicapping and statistical modeling for all their golf picks. Hear all their favorite plays and fades every week during the PGA Tour season to help you get paid! SUBSCRIBE ON APPLE | SPOTIFY