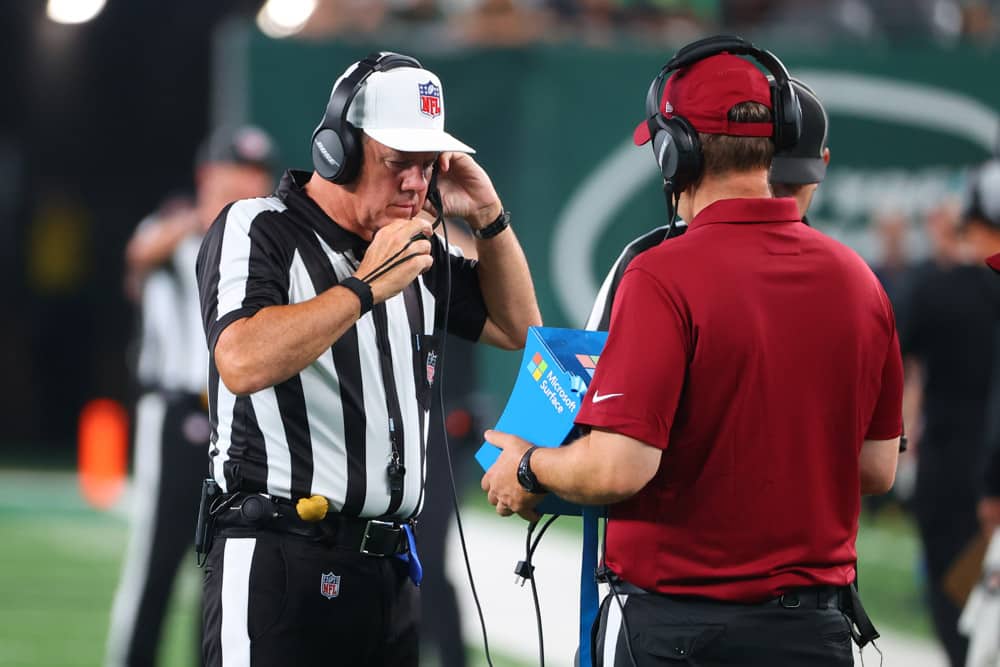 The final week of the NFL regular season is upon us and is so is the final NFL Week 18 Referee Report. I will continue these reports for the NFL Playoffs. I hope this report has helped in your betting and handicapping this season! NFL Week 18 will be a bit tricky because teams who have nothing to play for will more than likely sit their starters. As a result, be sure to check injury reports as well as who is in and out for the teams. With that being said let me dive into the final referee report for the 2021-2022 season!

Alex Kemp has been one official I have highlighted several times this season. He has been an official who has overwhelmingly favored the road teams and one of a handful of officials who has an averaged combined total of fewer than 40 points. In fact, road teams are 11-4 straight up and against the spread this season. Alex Kemp is assigned to officiate the AFC East showdown between the New England Patriots and the Miami Dolphins.

Land Clark is one referee this season who is favorable to the home teams thus far this season. In fact, home teams are 10-4-1 straight up and 8-6-1 against the spread. In NFL Week 18, Clark is assigned to officiate the AFC South battle between the Titans and the Texans. Additionally, this will be Clark’s third game officiating a Texans matchup this season. 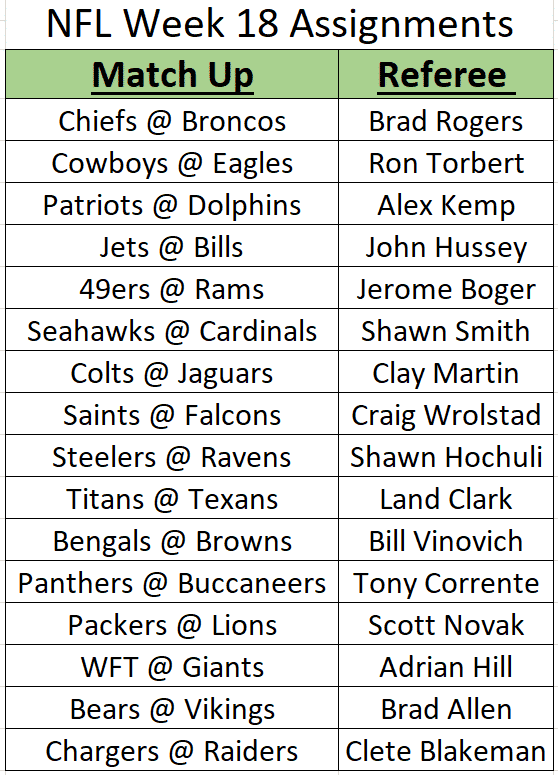