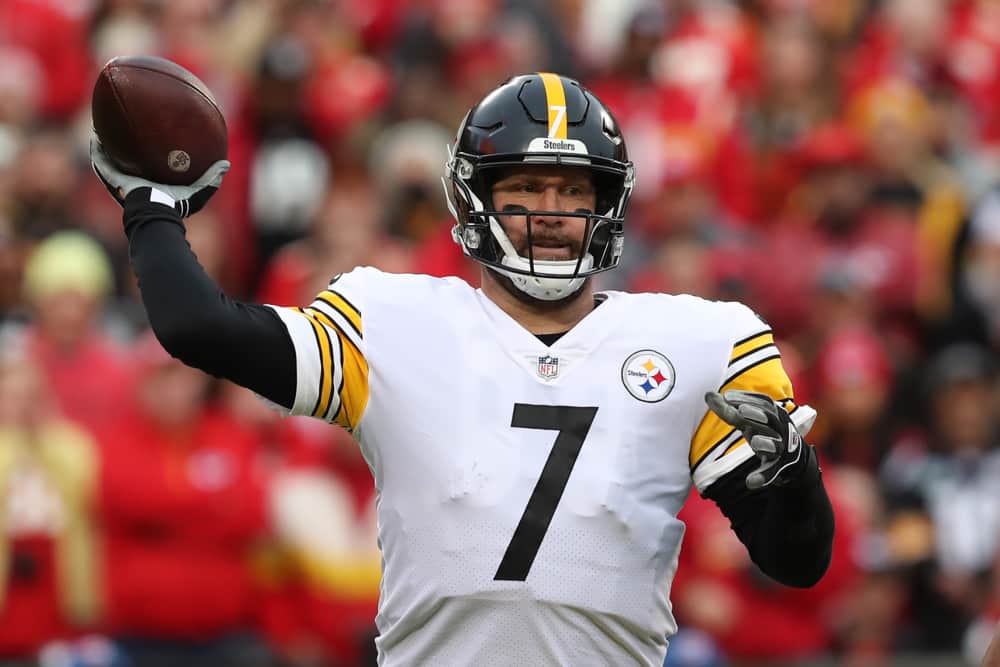 Sunday Night Football player props went a perfect 3-0. I look to continue the momentum into the final Monday Night Football of the 2021-2022 NFL season. Tonight, we may see the final home game for Ben Roethlisberger a member of the Pittsburgh Steelers. The Steelers are in a must win situation if they want any chance to make the playoffs this season. Below are my three player props for the AFC North battle between the Browns and Steelers!

This is more than likely the last home game for Ben Roethlisberger as the starting quarterback for the Pittsburgh Steelers. Big Ben is undefeated at home against the Cleveland Browns. We can assume that he wants to go out with a bang as the quarterback for the Steelers.

Pat Friermuth has become a vital option in the Steelers’ offense over the last two months. In fact, Freiermuth has gone over this projection in three out of the last four weeks and seven out of the last nine weeks. Additionally, prior to last week, the Browns allowed opposing tight ends to go over this projection eight straight weeks. In an earlier matchup this season against the Browns, Freiermuth caught four passes for 44 yards.

Baker Mayfield season has been subpar to say the least. He has dealt with multiple injuries and over the last several weeks he has struggled throwing the football. Additionally, Mayfield has played six career games against the Steelers and has not gone over this projection in any of them. I expect the Steelers to be fired up for this game and make things difficult for Mayfield. In fact, over the last four games against the Steelers, Mayfield has been sacked four or more times in each of those games. Give me the Under on Mayfield!