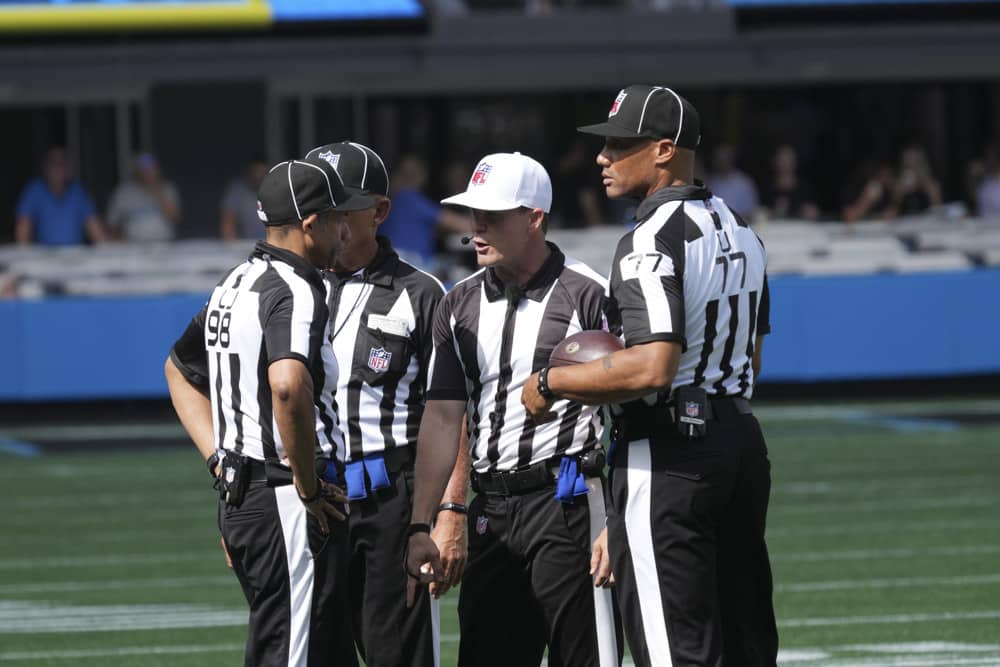 There are just two weeks left in the NFL regular season and a few referee betting trends are starting to even out. However, there a few that are still holding strong to their season long trends as well as a few who are on a hot streak as we wind down the season. I will highlight a few referees for NFL Week 17. Let me dive right into the NFL Week 17 Referee Report.

I have highlighted Brad Rogers several times throughout the season because of the rate Over’s were cashing this season. There is an added stat which is highlighted by Warren Sharp. The tweet below does a great job of breaking this down:

compare what he's done to opposing offenses since Week 8….

and then what those same offenses do the VERY NEXT GAME

This is sharp information! No pun intended. In Week 15 the Bengals played the Broncos defense and were limited to 15 points. Last week, the Bengals offense went off for 41 points against the Ravens. The game total between the Bengals and Ravens flew over the total of 43 as the final score was a 41-21 victory for the Bengals.

In NFL Week 16, the Raiders faced the Broncos at home and won the game 17-13. This week the Raiders travel to Indianapolis to take on the Colts and Brad Rogers who is the best official to the Over is assigned to officiate the game between the Raiders and Colts. However, the Colts will more than likely be without their starting quarterback who tested positive for COVID-19. This is something to monitor as we approach Sunday but I will still lean with the Over in this game. 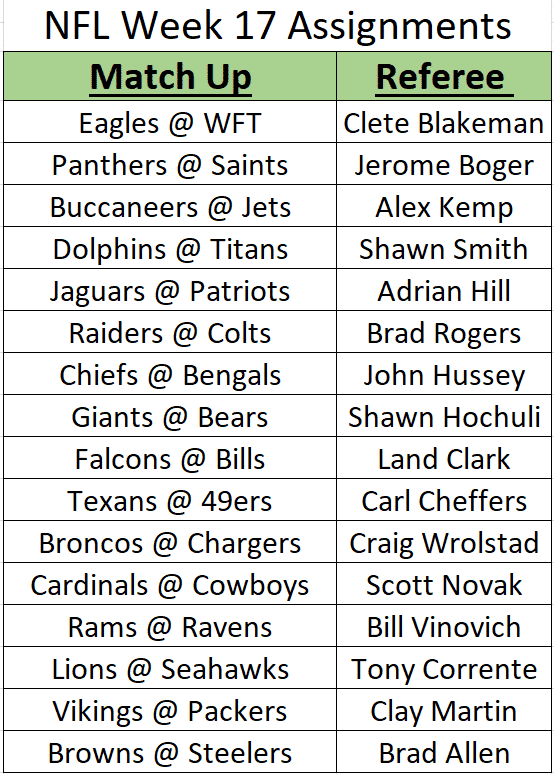