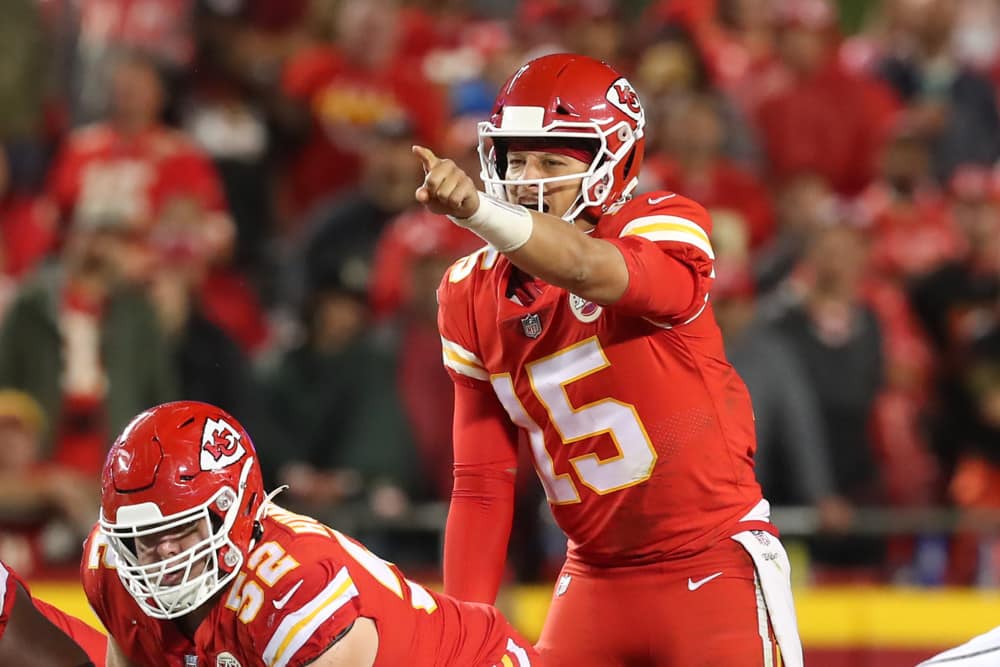 Thursday Night football ended with another profitable game going 2-1 on the player prop bets. Monday Night Football features a big non-conference clash between the New York Giants and the Kansas City Chiefs. There is certainly potential for fireworks tonight in Arrowhead. Let me dive right into the player props for tonight’s game!

Patrick Mahomes thus far this season has rushed for 219 yards. Additionally, over the last five weeks Mahomes has rushed for an average of 39.8 yards per game. He has gone over this number in the last five weeks. Furthermore, the Chiefs do not have much of a running back right now especially without Clyde Edwards-Helaire. Mahomes will take the opportunities to run the ball and turn to limit the interceptions and turnovers he has so far this season.

There is no secret the Chiefs’ defense stinks. Unless they came up with a magical solution, they will be in trouble covering the receivers of the Giants. Both Sterling Shepard and Kadarius Toney are back this week for the Giants giving Jones plenty of options. Additionally, Jones has gone over this number in every game this season except for one against the Cowboys where he exited due to a head injury. This game should be a shootout tonight and I believe Jones gets over this number!

We know how bad the Chiefs’ defense has been all season long. In fact, they have allowed opposing running backs and quarterbacks to have long rush attempts of 12 or more in six out of the seven games thus far this season. Furthermore, since Devontae Booker became the featured back he has long rushes of 14, 14, and 19. Look for this to continue tonight against the Chiefs rush defense.