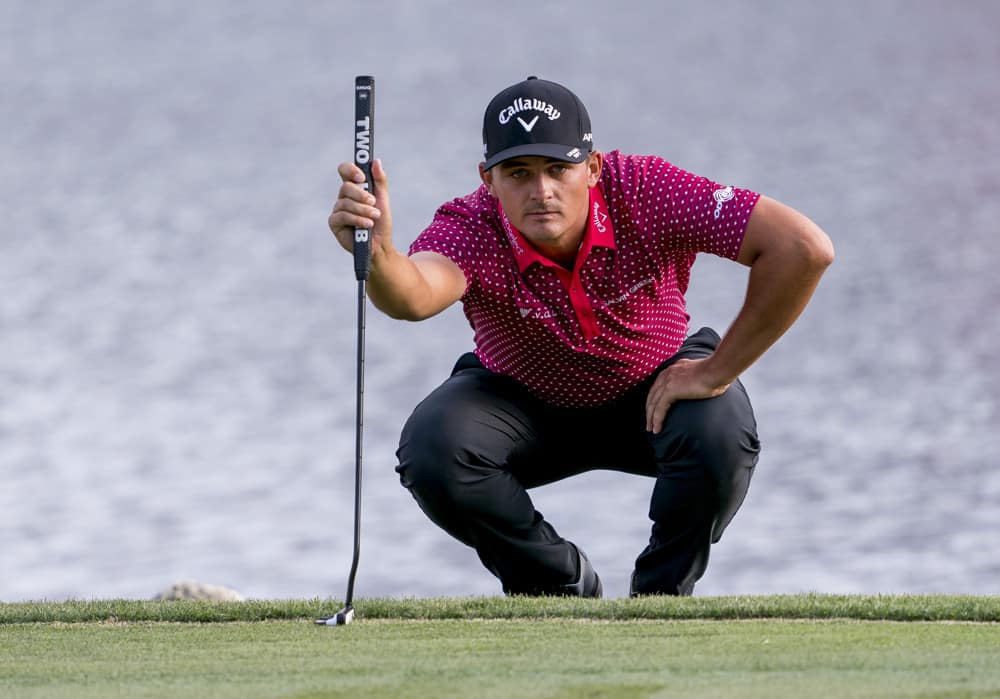 I swore to myself at the beginning of the week that my betting card wouldn’t include an outright less than 40/1. I caved. The more I looked at Christiaan Bezuidenhout’s overall body of work and his skill set, the more I fell in love. Bezuidenhout has been hitting the ball really well over the last few months. He hit his driver very accurately over on the European Tour and displayed incredible approach statistics. And he’s a tremendous scrambler and putter, particularly on Bermuda greens. I could afford to squeeze Bezuidenhout into my betting card because of where I put my other outrights. Follow suit if you have the ability to.

I don’t love the 40/1 price, but am willing to pay up because I believe in his fit to Port Royal Golf Course. McCarthy finished T15 in 2019 and had a strong final round to vault up the leaderboard to T4 in 2020. He has a great track record on some of the shorter courses on the PGA Tour. And he’s an excellent scrambler and putter, particularly on Bermuda. His profile fits perfectly with what has worked in his tournament in the past. His recent form is dodgy, but an uncharacteristically poor putting performance sent him packing at his most recent start. But he hit the ball fine. If that shows up and he gets a rebound with the putter, a win could be in his future.

Nick Taylor won’t pop up on anyone’s model as a statistical darling. But he shares a very similar profile to Brian Gay and Brendon Todd, two former winners of the Bermuda Championship. What Taylor lacks in pop off the tee he makes up with his accuracy. He’s a below-average player with his irons, but makes up for it with good scrambling and putting. That’s the recipe Brian Gay and Brendon Todd followed on their way to winning this event in 2019 and 2020. And Nick Taylor historically has outperformed his baselines on shorter tracks on the PGA Tour. Ignore the recent form and trust that this short track will elevate his game.

Beau Hossler never fulfilled his potential. As a highly regarded amateur and college player, big things were expected for Hossler. But after he lost in a playoff to Ian Poulter at the 2018 Houston Open, he never has been able to right the ship. But in his last start, he finished T16 at the Fortinet Championship. And he shares a very similar profile to Wyndham Clark, who lost in a playoff to Brian Gay last year. Both are big-hitting inaccurate players off the tee and brutal iron players. But both are awesome on and around the green. Given the course conditions will be similar to 2020, maybe Hossler can replicate Clark’s success with a similar recipe.

Brian Stuard is the perfect template of what has worked at the Butterfield Bermuda Championship. Stuard has zero pop off the tee, but elite accuracy. He’s a sub-par iron player, yet is an elite scrambler and putter. He enters this event off three straight missed cuts with not a lot to show for it. But as Brian Gay showed last year, current form doesn’t mean much when one travels to a golf course that fits their game. And that’s what Brian Stuard needs to tell himself this week. Stuard has played very well on short tracks like these his entire PGA Tour career. And he’s not far removed from the strong play he showed last summer. If he can harness good memories from that run, he can knock off another PGA Tour win.

It hasn’t been the best start for Ramey’s maiden voyage on the PGA Tour. But he’s been pretty accurate off the tee and hit his irons very well. He just hasn’t gotten anything going with the putter. Given the small sample size, we can’t make a conclusion that Chad Ramey will permanently belong on #TeamNoPutt. And looking over his last two years on the Korn Ferry Tour, Ramey was one of the most consistent players out there. He didn’t miss a single cut in 2021 on the Korn Ferry Tour and had 14 Top 20 finishes. This field is essentially a strong Korn Ferry Tour event. And he’s gotten better and better in each start he’s made this year. At +350, Ramey is a fine pick for a Top 10 at the Butterfield Bermuda Championship.

Other Top 10 Props to Consider:

Maybe the Butterfield Bermuda Championship is a tournament that rises players from the dead. That’s what we saw from Brendon Todd and Brian Gay the last two years. Dufner has been in pretty good form over his last 5 tournaments. He hasn’t missed a cut and has four Top 30 finishes over his last 5. If that form shows up this week, he can certainly finish inside the Top 20 against very weak competition.

The praise for Denny McCarthy is above. As for Hank Lebioda, he hasn’t been the same since his torrid mid-summer run. Over his last 12 rounds, Lebioda is losing 0.47 strokes per round to the field. He’s also losing almost 0.6 strokes per round tee-to-green over that same stretch. And though he’s a good putter overall, Bermuda is by far his worst surface. Pick McCarthy to beat Lebioda straight up at the Butterfield Bermuda Championship.

Danny Willett tends to go on hot streaks, and he’s on one at the moment. He recently won the Alfred Dunhill Scottish Links Championship over on the European Tour. He followed that up with a solid T21 finish at the Shriners Children’s Open in Las Vegas. He hit the ball great that week tee-to-green but struggled with his putter. Meanwhile, Thomas Detry has been very bad lately. Surrounded by a T4 at the Dutch Open are three missed cuts and a disqualification over his last 5 starts. And he’s lost 0.77 strokes per round tee-to-green over his last12 rounds. Expect Danny Willett to beat Thomas Detry at the Butterfield Bermuda Championship.