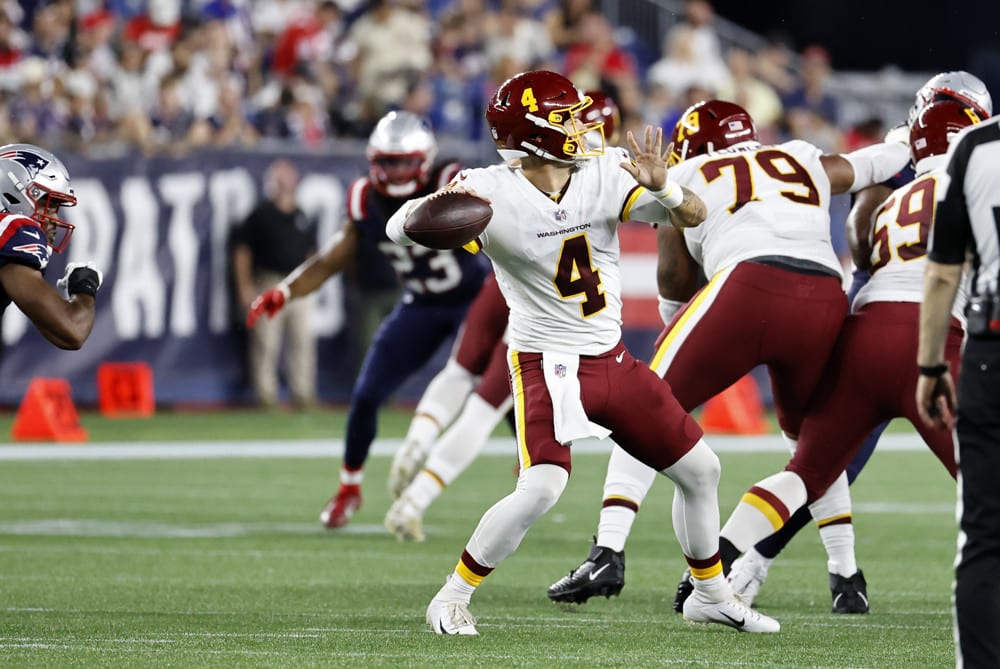 Welcome to Episode 32 of the SGPN Fantasy Football Podcast! This week, Rod Villagomez welcomes back the newest name in the SGPN, Justin Mark to the show. Justin and Rod give you ten names that you can pick up now before you have to spend a waiver claim on them later.

Can you really consider starting Taylor Heinicke? Is Peyton Barber the new Kenyan Drake in Las Vegas? Will Van Jefferson so enough to establish himself as a valuable member of the Rams receiving corps? Are you brave enough to grab Bryan Edwards or Hunter Renfrow who are both members of a surprisingly high powered passing attack? We answer all these questions about your future waiver wire adds and more on this week’s episode.

As always, make sure to subscribe to the SGPN Fantasy Football Podcast on Apple and Spotify. Find Rod (@rjvillagomez), and Justin (@Mark87J) on Twitter.