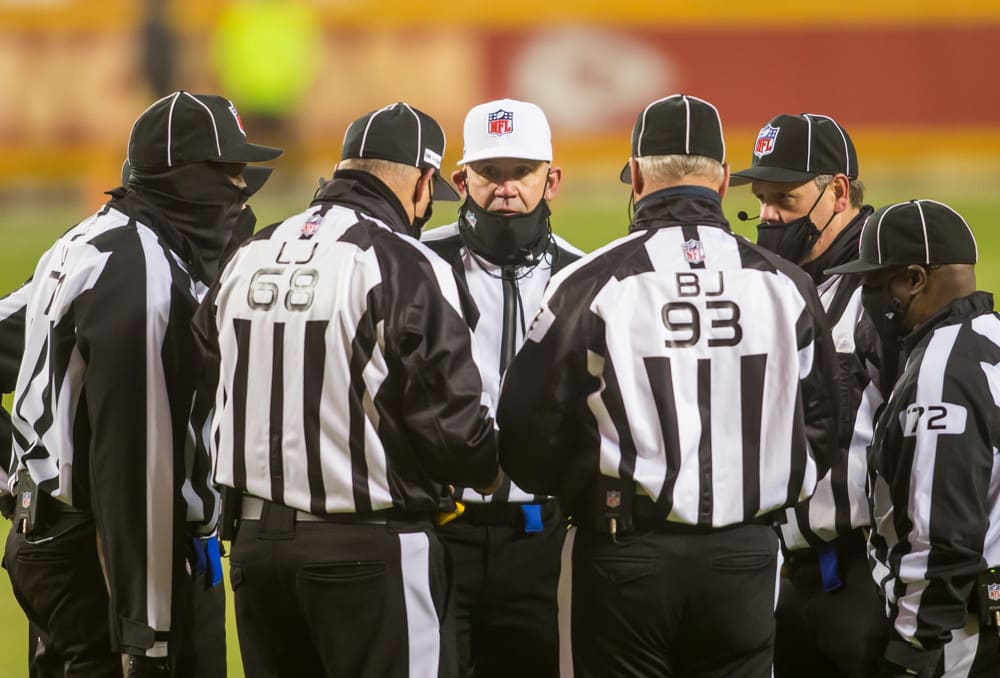 Guess who’s back?? Back again?!? The NFL Referee Betting Stats and Trends! Now, let’s be clear, every NFL referee is not going to have a betting trend or stat that stands out. There are a handful of NFL referees whose stats and trends are worth pointing out and keeping track of. Furthermore, these trends and stats should not be the only handicap you use. It should be an extra tool to have in the arsenal!

A great starting spot would be to review the NFL Referee stats that stood out from last season. I have broken it down by home/road against the spread record and game totals.

As mentioned above, there are a handful of referees who gave a betting advantage last season. The referees who stood in particular were Clay Martin and Clete Blakeman. Both of these referees were heavily in favor of high scoring games. In addition, Clay Martin in 2020-2021 season was a referee who heavily favored road teams. Road teams were covering at 80%+ in games he officiated.

Now, let’s highlight a few referees whose trends are continuing this season.

Now that we have two games under our belt for the 2021-2022 season, I wanted to see if the referees from last season who had a high variance for a trend would continue this season.

Ron Torbert has continued the Under trend thru two games. In fact, in Torbert’s first two games have gone Under the posted total averaging 36.5 points per game. As a result, Torbert is now 12-4 to the Under over his last 16 regular season games.

Dating back to last season, Shawn Hochuli was one of the referees in which road teams were covering at a high percentage. That trend is continuing this season. In fact, thru the first two games of the season, the road team has covered in both of his games. In Week 1, the Cowboys covered the spread against the Buccaneers, and in Week 2 the Patriots covered as a road favorite against the Jets. 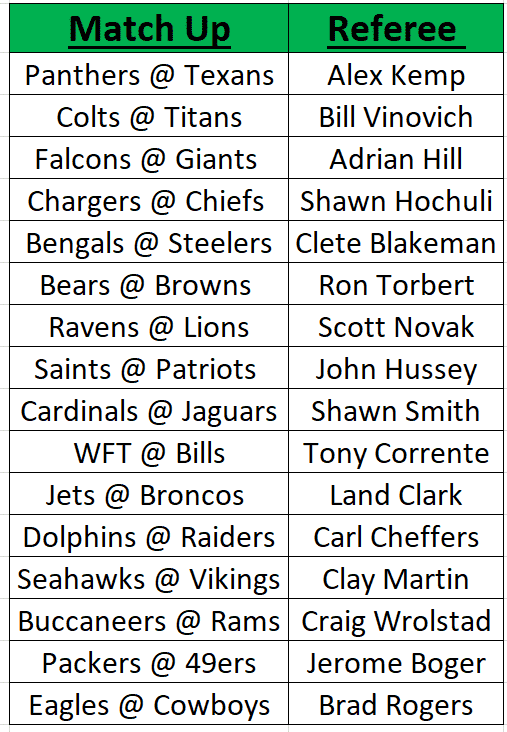