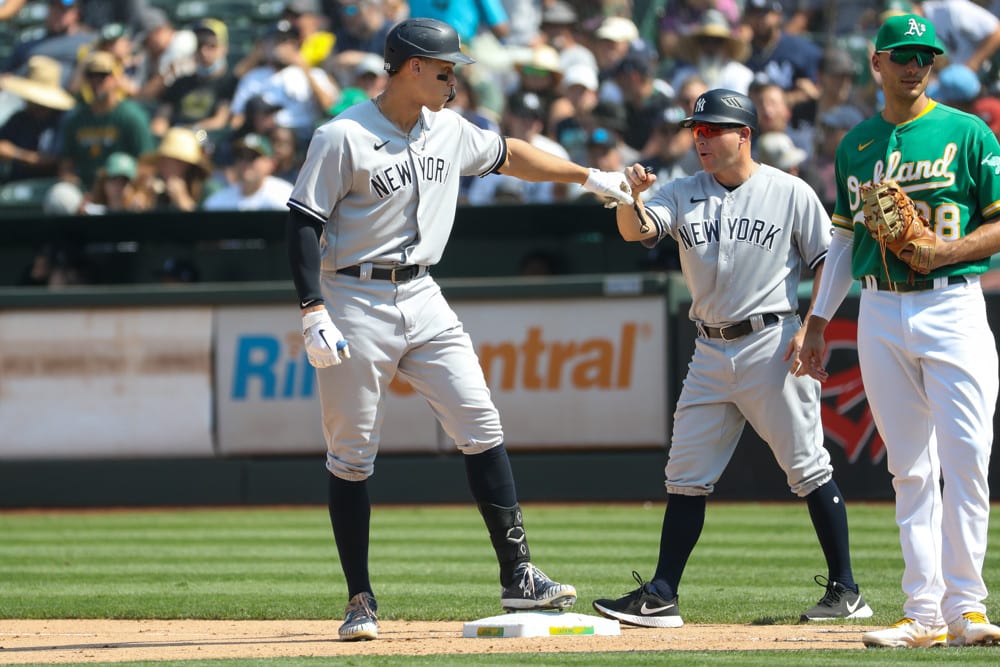 Sunday Night Baseball wraps up with one of the hottest teams in baseball, the New York Yankees, taking on the Oakland A’s. Both teams are in a fight for an American League Wild Card spot. The Yankees have won two out of the three games in the series thus far. The A’s look to even it up in the final game of the series. Below are my Sunday Night Baseball prop bets!

This will be Paul Blackburn’s third start of the season. In the first two starts, Blackburn has combined for eight strikeouts. I believe this is a discounted price for Blackburn tonight. The Yankees rank amongst the top in the league in team strikeouts. In addition, over the last seven days, the Yankees have had the sixth most team strikeouts. The game plan for the Yankees is: try to hit it out of the park, or strikeout! Asking Blackburn to get four strikeouts is not a tall order. I love this baseball prop to go over tonight!

Aaron Judge has been on an absolute tear during the Yankees run. In fact, over his last five games, Judge has recorded at least two hits in each game. In addition, he has three doubles and hit two home runs in that span. I expect the hot-hitting to continue tonight for the Judge. Lastly, Judge has raised his batting average from .281 to .295 over the last week!

Starling Marte has been killing the ball since he was acquired by the A’s during the trade deadline. In fact, over his last eight games, Marte recorded at least one hit in seven out of the last eight games. The A’s will need every hit they can get from Marte if they want to have a chance to win the game tonight and keep pace in the Wild Card standings. Marte has been stellar all season long batting well above .300.