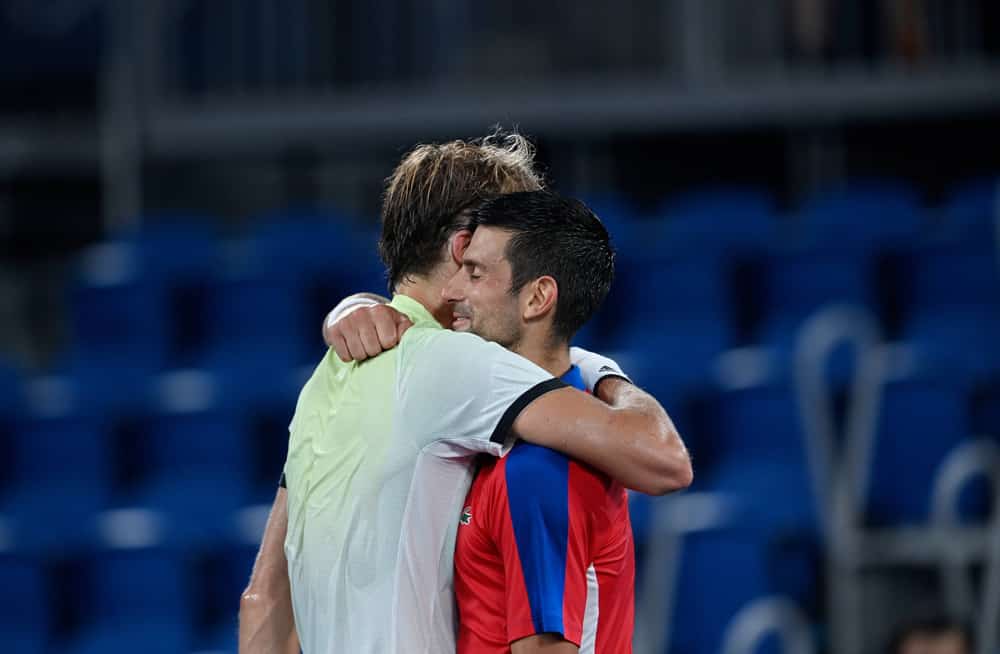 The 2021 tennis season is slowly coming to an end, but not before one final Grand Slam. The 2021 US Open will be the first Grand Slam tournament since the 1997 Australian Open not to feature Roger Federer, Rafael Nadal or the Williams sisters in the main singles draw. Despite this, the tournament should feature plenty of excitement. There’s a TON of young talent in this field who will be hungry to claim a Grand Slam title.

The main storyline this year, however, features arguably tennis’s best player ever. Novak Djokovic is aiming to reach two separate career milestones in this year’s tournament. A men’s singles tournament win would make Novak the first player since Rod Laver in 1969 to complete a calendar Grand Slam. It would also give him a record-setting 21st Grand Slam title, separating himself from Federer and Nadal.

Djokovic is the top-seeded player on the men’s side while Russian Daniil Medvedev is the second seed. On the women’s side, Australian world number one Ash Barty is the top-seeded player while world number two Naomi Osaka is the second seed. Defending men’s champion Dominic Thiem is not in the draw while Osaka aims to take home a second consecutive US Open in this year’s edition.

Felix Auger-Aliassime to the reach fourth round (+160)

A spot in the fourth round isn’t out of reach for the talented Canadian. Felix Auger-Aliassime has the power and hard-court skill to get into the third round easily. He will meet either Emil Ruusuvuori, Nick Kyrgios, or Roberto Bautista-Agut here, and all of these are very winnable matches for FAA given that he is playing sharp tennis.

It’s the US Open, so we have to give a little love to an American. The hard-serving John Isner has been playing very well during the North American stretch, and he can beat anyone in the world when he hits his first serves. Isner has a very winnable section, and he could very well even find himself in the quarterfinals.

Alexander Zverev to reach the finals (+400)

Fourth-seeded German Alexander Zverev is having a year for the ages. He took home gold in the Olympics earlier. He followed this by winning a 1000 Masters event a little over a week ago. The only tough challenge he will face on his way to the finals is Djokovic. Zverev beat Djokovic in the semis of the Olympics, and he could very well beat him once again.

It feels obvious, but you have to lay the little bit of juice on Djokovic. He should face very little challenge on his path with the exception of a potential match with Zverev in the semifinals. There is extra motivation for Novak after missing out on the Golden Slam. You won’t find a better price to bet on Novak later, so it’s better to get this number now.

As I’ve mentioned, Zverev shouldn’t have much issue making his way to the semifinals. He is playing better than arguably anyone else the past month, and he will be highly motivated. Zverev knows he can beat Djokovic, which is inevitable to happen if he is to win. I like Zverev to lift the title to the final Grand Slam of the year if he can pass Djokovic.

This is an extreme value play given that the cards and serves fall right. I touched on the serving power of Isner earlier, and he plays even better in North America. Isner is acing 24.9% of his serves on hard courts this year, which is best in the ATP. With a little bit of luck, the 36-year-old powerful Isner could take home his first Grand Slam title.

Ashleigh Barty to reach the semifinals (+125)

Even as volatile as women’s tennis is, you won’t find a better prop to bet on this tournament. Ash Barty is ranked number one in the world for a reason. She is good on any court type, but especially good on grass and hard courts. Barty has a 40-6 overall record this year and 19-2 on hard courts. She will easily find herself at least in the semifinals without a doubt.

Tennis prodigy Coco Gauff doesn’t have the easiest of draws with Angelique Kerber, Dayana Yastemska, Madison Keys, Sloane Stephens, and Magda Linette all potential matches before the fourth round. However, she is talented enough to survive this list of experienced players. A spot in the fourth round and maybe even the quarterfinals is certainly not out of reach for Coco.

We touched on Barty’s dominance this year earlier, and we will follow up with that here. There will be a ton of tests along the way, but I’m confident that Barty can take home this title. She just took down Wimbledon a few months ago and she’s won the doubles title at the US Open before. I’m confident that Barty can take home the singles title this year.

It is tough to ignore Karolina Pliskova (not to be confused with Kristyna Pliskova her sister in the field also) who is one of the hardest-hitting women on tour. She has a very easy route to at least the quarterfinals. Pliskova could potentially run into Barty in the semis, but she’s beat her before and can do so again. This would likely make her the massive favorite to win the title also.

The bottom half of the bracket seems to come down to Krejcikova and Aryna Sabalenka. Quite frankly, I don’t trust Sabalenka and Krejcikova is playing some of her best tennis. The ninth-ranked player in the world has gone 37-11 this year and has been successful on all court types. Krejcikova won the French Open this year as well as a gold medal in doubles. It isn’t far-fetched to think she could win the 2021 US Open as well.