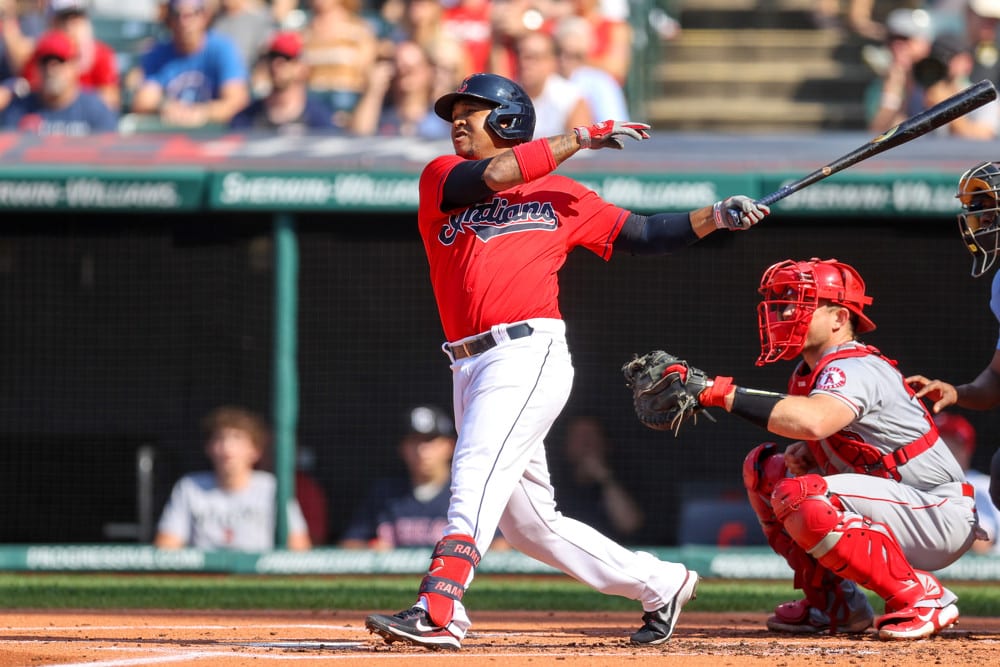 Sunday Night Baseball for this weekend features the Angels and the team soon-to-be-formerly-known as the Indians. Both teams find themselves, late in the season, a game under .500. Both would need some big runs in order to make any noise in the AL wild-card picture. Whether or not they are playoff-bound, they can still make you money, and we’ve got the MLB DFS lineup that we think will get the job done.

Maybe it’s that I have fond memories of watching his dad, Paul, as a child, but I just can’t get enough of Cal Quantrill. It’s probably doesn’t hurt that he has great stuff. He uses that sinker early and often, pitching to contact, and as a result keeps his pitch count down. That’s low-key a very valuable attribute of an MLB DFS showdown pitcher. You want him late into the game and you want him to have a chance at a win. Last outing was the first time he didn’t go at least six innings. Add in that his strikeout numbers continue to steadily rise and he seems like the go-to pick for the captain.

This pick was easy for me because Reyes is on absolute fire. He’s had three straight games of at least 10 fantasy points and is averaging 17 in that span. He had been cold to start August, but that version of Reyes seems to be gone. When playing an MLB DFS showdown slate, I like to have someone who I feel like can go off with a pair of homers. Reyes is exactly that and I don’t think the price tag is ridiculous for his power. 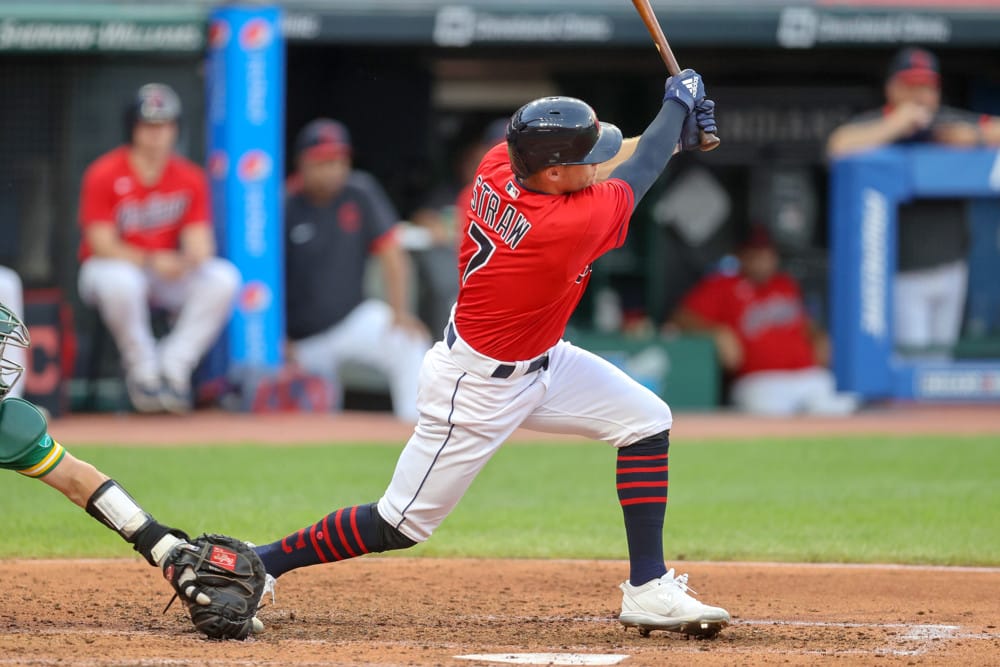 After being dealt from the Astros at the trade deadline, Straw has comfortably been sitting in the Indians’ leadoff spot. I always like snagging a leadoff hitter because they’re going to get an extra at bat towards the end of the game. Straw is more than just a good spot in the lineup though. In five of his last eight games, he has 10+ fantasy points. He’s ripping extra base hits regularly and is always a threat to steal a bag. If Cleveland puts up a bunch of runs tonight, and I think they will, Straw will be the catalyst for it.

Sitting in the Angels 3-spot, Gosselin gets a lot of RBI chances. Although he’s far from being the Angels’ deadliest power option, he does have two dingers in his last five games. More importantly, he’s been a reliable volume hitter recently. Three of his last five games have been multi-hit and twice he’s scored multiple runs. This run may not be sustainable for him, but might as well strike while the iron is hot.

It seemed like Justin Upton may have lost his everyday spot recently. He’s been ceding starts to Juan Lagares, which is never a good sign. However, he’s another Angel with homers in two of his last five games. He strikes out a ton, but when he does make contact, he’s getting good results. Over his last five games, he’s been averaging 7.2 fantasy points. I’d keep an eye on him to see if he gets the start, but if he does, I like him at this price for MLB DFS showdown slates.

When you spend big on a pitcher captain in an MLB DFS showdown, you have to bargain shop a bit. It may seem weird to go with a guy hitting just .165 in that case, but Miller has been much more than that as of late. In his last five games, he’s hit .300 with five runs scored. He’s also swiped a pair of bags. So while the season-long stat lines don’t look great right now, he’s a hot hand right now with a low cost.

Make sure to check out all the great MLB coverage we have to offer and be sure to listen to the MLB Gambling Podcast, which airs twice a week. This week the guys talk Shohei Ohtani, among other topics.