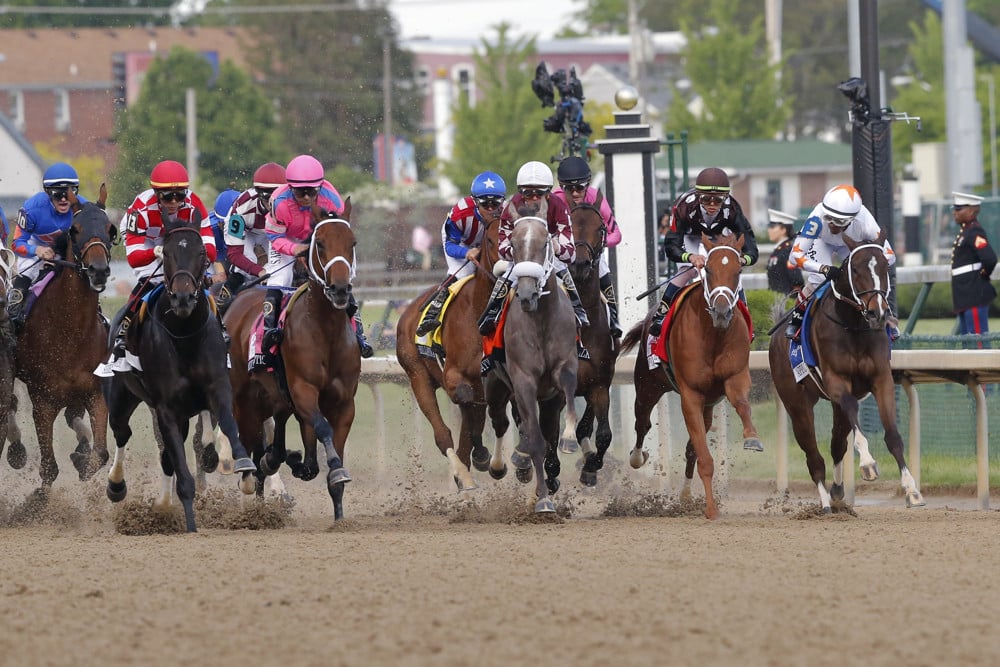 The Pacific Classic at Del Mar on Saturday evening is looking to be a significant race in the Autumn racing calendar in California and beyond. The race is over the track and trip that the Breeders Cup Classic will be contested over in three months’ time. As a result, trainers will be looking to see how their charges are likely to handle this course in November.

The meeting also hosts four other Grade 1 and 2 races and we’ll have a look at a couple of those too.

Six favorites have won the last eight renewals of this race. Del Mar can favor horses who have experience over the track, but this is not essential and does not rule out those horses shipping in from across the country. A field of nine goes to post.

Express Train 3/1 – Showed a great attitude winning the San Diego. Has three wins from four starts at Del Mar and looks like a stayer on this trip. I like him, but he looks vulnerable to a closer.

Royal Ship 7/2 – Ran 3rd in the key form race, the San Diego. Appeared to have every chance entering the final furlong but was repelled by Express Train. I don’t see him reversing the form today.

Dr Post 4/1 – Todd Pletcher has never had a runner at the summer Del Mar meeting so this runner is of instant interest. Was just below top-class as a 3-year-old running with credit in Triple Crown races. Comes from off the pace but don’t expect to see him until fifteen strides before the wire.

Tripoli 5/1 – Finished a fast-closing second in the San Diego won by Express Train. To my eye, the winner had the run of the race, and if Tripoli can lay up closer throughout here, he can mow them down. Winner.

Independence Hall 5/1 – This horse was a late entry by connections which is always an indication that they expect a good run. He can go to the lead and has looked good in training but I prefer to look elsewhere.

Tizamagician 5/1 – Justified short odds-on favoritism to win the Grade 3 Cougar easily. Needs to step up here but the Cougar has been a good prep race in the past for the Pacific Classic. Will need to get the extra distance.

Independence Hall should go to the front and make this a decent test of stamina. Express Train has the form in the book as well as fitting the trends of Del Mar winners. However, I liked the way Tripoli finished off his race last time and he can pounce late to take the win.

Over 1 mile 3/8 on Turf for 3-year-olds and up. This is a race for staying types but not always a glamorous destination for the top-level performers.

United 2/1 – Has three wins and two seconds in five starts at Del Mar. He’s tough as boots, proving that when wearing down Smooth Like Straight over nine furlongs last time, a trip that is on his short side.

Arklow 5/2 – One win from one start at the track, justifying favoritism to win the Hollywood Turf Cup last season. Brad Cox knows what he has on his hands with this nine-time winner.

Masteroffoxhounds 8/1 – Ran well finishing fourth in a tough-looking Manhattan. Connections have aimed him at this race and I think he’ll go well.

Media Blitz 30/1 – Won an allowance last time so the leap to a Grade 2 here is a big one. Has won around the track and passed the eye test last time.

The two favorites are gnarled veterans who have been on this scene a long time. I think the way Arklow won at Del Mar on his only previous visit gives him the edge. He gets my vote. Don’t rule out Media Blitz, however, who is on his way up the ladder and could take a step forward here.

This is a turf event over nine furlongs for the 3-year-olds. Going Global (9/5) is the favorite having won four stakes races in a row at Santa Anita. She was defeated when debuting at Del Mar but I think she’ll run well here in a race that she’s been aimed at.

Madone (5/2) won the San Clemente well last time, but as a prep race for the Del Mar Oaks that has been a graveyard.

Fluffy Socks (4/1) represents the East coast here. East coast horses have a great record in this plus she has Del Mar form in the book. This could prove to be a big price. Her closing style is a big plus on this course.