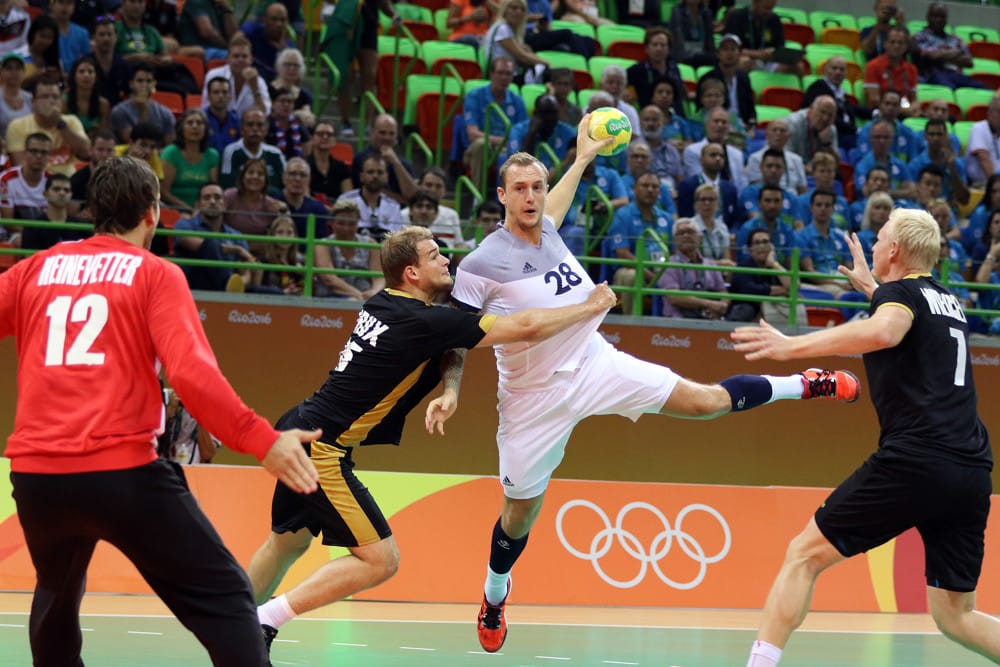 It certainly has been an exciting Olympic Handball tournament so far from Tokyo. We have seen some dominant performances by some of the biggest names in the sport. We have also seen close games and upsets from scrappy underdogs. All in all, watching the sport has been one of the bright spots of the Olympic games.

This weekend, the men’s tournament will enter the medal rounds. The podium will be filled by the time most of you reading this will wake up on Saturday. For the women, Saturday will set the stage for the final matchups to determine who plays for the gold, silver, and bronze.

As we have throughout the tournament, we have suggestions for these important matchups. Once again, we have drawn our lines from the DraftKings Sportsbook. Hopefully, you have discovered your new favorite off-the-beaten path sport while enjoying Olympic Handball action.

Egypt played well throughout the preliminary round accumulating a 4-1 record in group play. Their only blemish was a loss to Denmark in a 32-27 match. Not only was their record impressive, but their 20 goal differential was the second-best mark in the entire tournament.

In the quarterfinals, Egypt sailed past Germany, handing the Germans a 31-26 loss. In the opening minutes of the game, Egypt jumped out to a 6-1 lead. By the end of the first half, Germany was only able to close that lead to four. At no point in the game did Germany have the lead.

Unfortunately, a dominant French team awaited Egypt in the semifinals. To their credit, the Egyptians played a fierce game, holding France to only 27 goals to their 23. Not to mention, they led much of the opening half of the game before heading into the half tied. Sadly, in the second half, the French took the lead and never really looked back.

Spain was just as impressive posting the same 4-1 record as Egypt in the preliminary rounds. Their only loss came by way of France. Spain’s postseason run began with a thrilling second-half come-from-behind effort to advance with a 34-33 win against Sweden. It was Denmark who relegated the Spaniards to the bronze medal game. The Spanish gave the Danes all they could handle though. With just under 1:30 to go in the game, Spain closed the lead to two goals. The tank might be empty for Spain allowing Egypt to do enough to win this Olympic Handball Finals match.

Denmark suffered a tough loss to Sweden in the last game in preliminary play. Were it not for that, Denmark would have been undefeated heading into their gold medal match. The Danes soared through group play. They boasted a pair of double-digit wins, a six-goal victory over Portugal, and a goal margin against Egypt. All told their final goal differential was the best in the tournament, outscoring their opponents by 35 goals. On top of that, Denmark’s offense scored the most goals in the Olympics with 174 balls in the back of the net. They took down Norway in the quarterfinals and outlasted Spain in the semifinals. Their road to another Olympic goal medal seems to have very few bumps.

That said, France possesses the ability to be that bump. They are in familiar territory as this will be a rematch of the 2016 gold medal match. Denmark walked away with the gold in that contest. France will have to put in some work to avoid a similar outcome this time around. The French carry with them an equal 4-1 record in the preliminaries. With 162 total goals, they ranked second behind their championship opponents.

France impressively marched through their group. A final match loss to Norway took away what would have been a perfect record. They rebounded quickly and took out all their frustrations by handing Bahrain a 42-28 loss. Egypt almost derailed their golden aspirations, but France hung on to advance to their fourth straight Olympic gold medal match. This one will end as the last one did leaving France on the second spot on the podium when the buzzer sounds.

The defending gold medal champion ROC squad limped their way through the start of the Olympics. Game one of the preliminaries ended in a draw with Brazil. Next up came a loss to Sweden. After that, they finally settled down to rip off three straight wins to get them into the playoff bracket. Among them were close wins against Spain and France. They are making an appearance in the semifinals after putting away a much weaker Montenegro team. Despite being on a hot streak, they are set to take on the class of the 2020 Women’s Olympic Handball tournament.

Norway has yet to taste defeat in these Olympic games. They entered the playoff with a perfect 5-0 record which was the best team in Group A. Their 170 goals scored represents the most in the entire tournament. They’ve allowed only 123 goals in their net which is the lowest total in the tournament. Three of their wins have been by more than 12 goals. This will be a good game for sure, but Norway has dominated too much to let this one slip away from them. The point spread makes this a highly enticing Olympic Handball Playoff bet.

Sweden started their Olympic tournament like they were shot out of a cannon. They dispatched Spain and the ROC in short order in their first two matches. They played France to a draw, then rebounded to beat Brazil. Hungary played an inspired game to hand them their only loss in their last outing before the playoff began. In the quarterfinals, the Swedes handled South Korea to make it at least one game farther than they did in 2016 in Rio. They have scored the third-most goals in the tournament while allowing the second-fewest goals against. Their fast pace offense has been hard to handle. They’ll lean on Carin Strömberg and Elin Hansson as they have all throughout the tournament to get them past the French.

France’s season has been a mixed bag. They won two games, lost two games, and tied another in their preliminary round. They did make the tournament more interesting though when they knocked the Netherlands out of the Olympics in the quarterfinals That said, it will be a tough road to hoe to beat a dominant Sweden team. Dig a little on the lines to find this one. It will be well worth your time for your Olympic Handball Playoff bets.