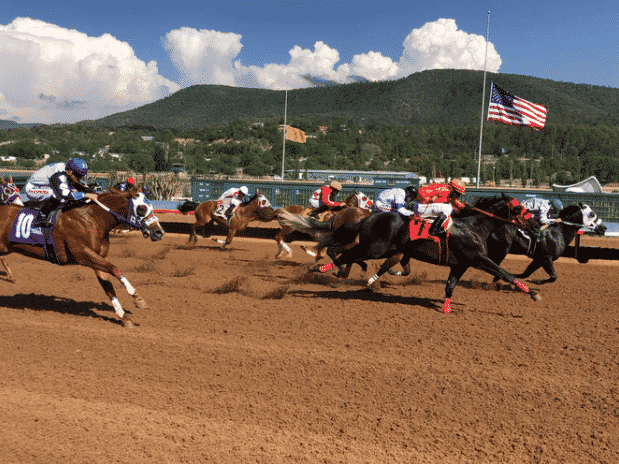 Exotic betting refers to a group of horse racing wagers that are extremely popular because they all include a component in which you must place bets on multiple horses. This can occur during a single race or over the course of a series of competitions. Exotic wagers are popular among bettors because they allow you to make a significant amount of money in a short amount of time.

If you enjoy horse racing, chances are you like betting on the races as well. Many people play on different types of wagering types like placing straight win, place, and show bets. However, those who want a little more profit possible can use exotic wagers, which could be a quick way to win a lot of money.

That said, we’ll go over the various types of exotic horse racing bets and what advantages you can gain from placing them in your favor to help you get the most out of your exotic bets and maximize your profits.

There are many types of exotic wagering to choose from, making it a little more difficult to place a wager on. With that, you just have to determine which horses to bet on and in what order they will finish the race or whether they will be competing in multiple races.

The exacta is one of the most popular types of exotic betting when it comes to horse racing. You’ll be simply trying to predict which horse will finish first and second in the official order of finish in such a race. For example, if you place a bet on a 2-4 exacta, you will win the #2 takes first place, and #4 takes second place.

It’s common to hear the term “triple” or “big triple” used to refer to a trifecta, but the concept behind this exotic wager remains consistent regardless of the terminology used. In order to win, you must correctly predict the first three finishers in the official order in a single race. So, for example, a 3-2-1 would be considered a winner.

If you look at the exacta and trifecta, you might be able to figure out what the superfecta requires to be successful. For example, in order to win a race, you must be able to correctly predict the first four finishers in the official order of finish. This can be a difficult task, but it can also be highly profitable if you are successful.

For example, you would win a 7-2-4-5 superfecta by completing the #7 takes first place, #2 takes second place, #4 takes third place, and #5 takes fourth place.

Daily Double and Pick 3, Pick 4, and Beyond

The Daily Double is a wager that requires the selection of two horses.  This is because you have two races with a large number of horses to choose from, which provides you with more options than an exacta. Every day of the week, many tracks run Daily Doubles at the beginning and end of their racing programs.

Pick 3s, Pick 4s, and other similar games are based on straightforward concepts. Whatever the number in the bet is the number of winners you must select in a row to win the wager. You place a 5-7-2 Pick 3 wager on the first three races of a program. You would be successful if. The first race is won by #5, the second race is won by #7, and the third race is won by #2.

Pick 5s, Pick 6s are also available on many tracks. When there are more races to choose from, hitting these exotic wagers becomes more difficult, and the more they will pay out on average.

The Odds and Payback for Exotic Wagers in Horse Racing

Most of the horse racing bets are pari-mutuel wagering, which is a type of pool betting. This means that your odds are constantly changing, even when you’ve placed your wager. Exotic betting odds are not finalized until all bets have been received and the race has begun.

For instance, you have placed a 4-5 exacta wager on an eight-horse race and are curious about how the odds are determined. For beginners, the track begins by pooling all of the money from a specific wager together.

The system then takes out a certain percentage of the money based on predetermined takeout rates. Following that, each combination of these two horses is divided according to the amount of money that has been bet on it.

Since there are more possible combinations of horses, there will be more pools for bets that include a greater number of horses. This is why the bets that include the most horses will typically pay out the most money of all the exotic betting options.

Wagering on more than one horse at a time is correlated with exotic horse betting, which offers greater difficulty in winning bets and larger payouts. But, despite these bets being more difficult to win, these are the kinds of horse racing bets that could be the most efficient way to maximize your profits.