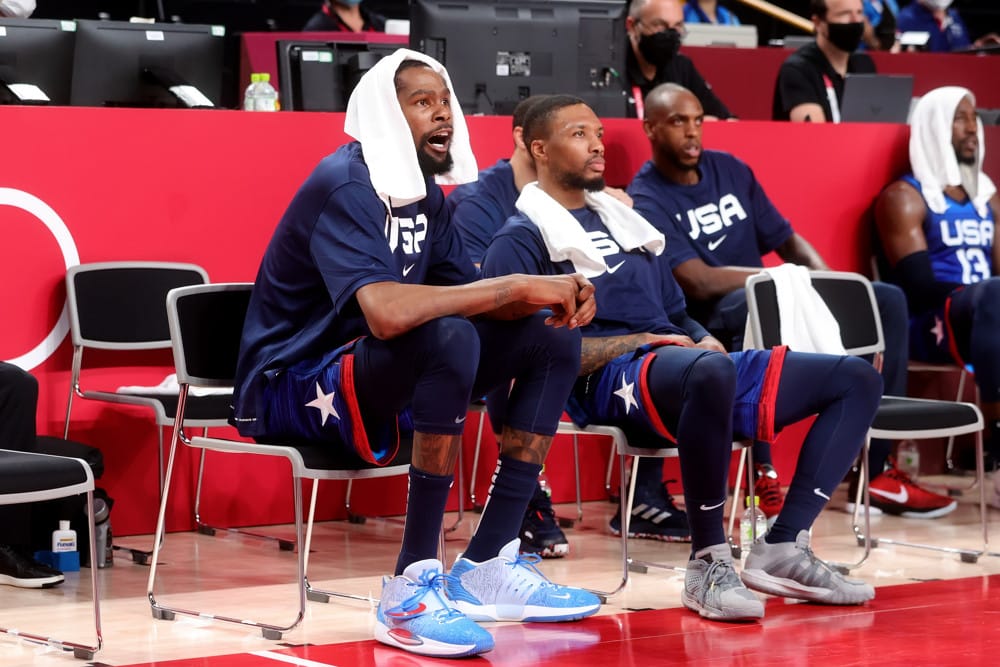 Kevin Durant said in his 2014 MVP speech to his mom, “You the real MVP”. Well last night against Spain, Durant was the real MVP for scoring two points in the final 20 seconds for Team USA to cover the spread. Plus, Durant had a great game for Team USA as well scoring 29 points. Now the American team is two wins away from winning the gold medal. The semi-final is set between Team USA and Australia.

However, a strong Australian team stands in the way between the USA and the gold medal game. My picks went 2-0 in the quarterfinal games as the good guys covered the spread and the final score staying under the total. Below is my prediction and best bet for the semifinal game between Team USA and Australia.

The Australians are undefeated thus in the basketball Olympics. In fact, Australia has only one game so far which has come to the wire and that was against Italy where they won by three points. Furthermore, Australia is averaging 89 points per game led by NBA players Patty Mills, Joe Ingles, and Matisse Thybulle. Let’s not forget to mention that Australia beat USA in the exhibition game back in July. Sure the American team did not have all their players and was lacking chemistry. But Joe Ingles came out after the game and said “No disrespect” but Australia expected to beat Team USA. Australia took care of business against Argentina in the quarterfinals winning that game 97-59.

Despite a slow start from the exhibition game and the first group stage game, it’s clear Team USA has found its stride. Yes, they were trailing Spain at one point by seven points but the Americans clammed down on defense in the second half and advanced. Now is the time for the superstars to shine for the American team. Kevin Durant is displaying why he is one of the best players in the world. But he is going to need Damian Lillard, Devin Booker, and Jayson Tatum to help on the offensive end. Again, the key for me is will Jrue Holiday and the defense be able to contain Ingles and Mills?

First, I am expecting points to be scored in this game. As I mentioned above, Australia is averaging 89 points per contest and I expect both teams to knock down the three-point shot. Australia is definitely a step up in competition from Spain who did give the Americans a tough time. I believe this game will be decided in the fourth quarter. The question will be will the superstars be able to shine? And are the Americans using what Ingles said as bullet material?