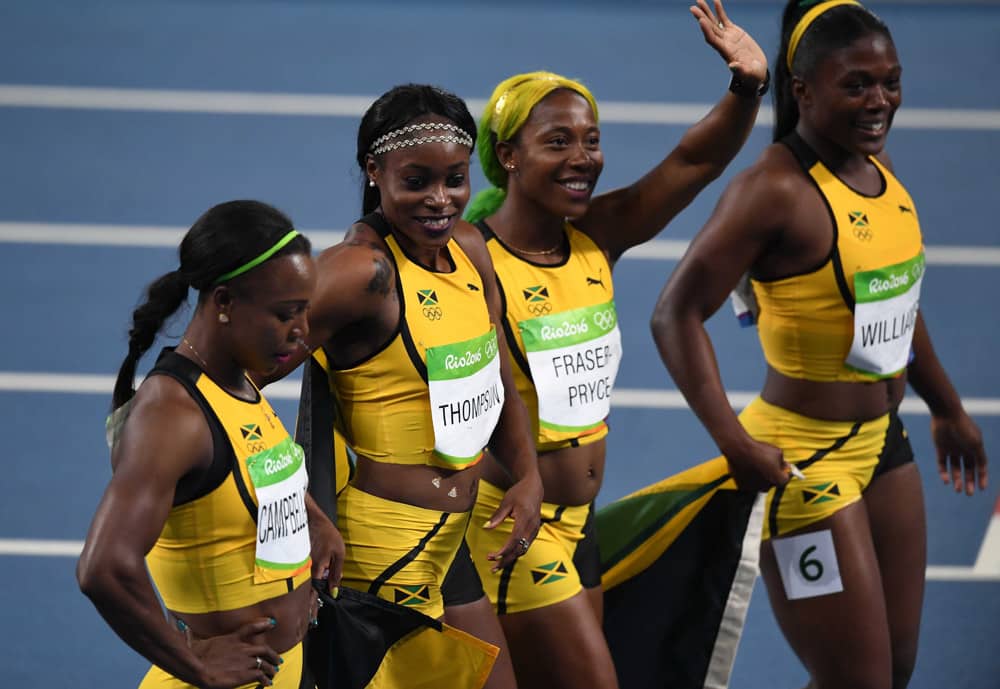 And now, it is time for the best part of the Olympics. Track and Field week has provided so many great memories in the past and a new generation of athletes are now here and looking to make their mark. However, there are still some from previous generations that know they still have something left in the tank. It is going to be about who wants it more. Who can push until they have nothing left?

Let’s talk about some of my favorite picks over the course of the next few days and which bets I am eyeing to cash. Like always, you can find these odds on DraftKings Sportsbook.

Shelly-Ann Fraser-Pryce is quite literally the fastest woman alive. No, seriously. She posted the second-fastest time since the late great Florence Griffith Joyner (10.49) clocking in at 10.63. And all of this while she is 34 years old and coming off of having a child. She is looking to win her third gold medal in the event and has not shown any signs of slowing down. She should still be considered a heavy favorite to win the event.

Elaine Thompson-Herah is the reason why Fraser-Pryce is not competing for her fourth straight gold medal in the event. She shocked everyone by dethroning Fraser-Pryce in the 100m in the 2016 Rio Olympics. She also is coming fresh off a win against Fraser-Pryce about a month prior to the games where she timed in with a 10.71. Thompson-Herah has enough pedigree to consistently compete with Fraser-Pryce and win the event, so I love getting her at this value.

I absolutely love getting the Americans here at this value. Raven “the Hulk” Saunders broke the shot-put meet record at the U.S. Olympic Team Trials. Jessica Ramsey then proceeded to say “hold my beer.” She threw 20.12 meters and set a “new” new record. These two are like iron sharpening iron.

The favorite, China’s Gong Lijiao is not worth the juice. She is the reigning world champion in the event, however, that Olympic gold has eluded her. She does own the world-leading distance at 20.39m, but for the value in the Americans, I like to sprinkle a little on them having a career-defining moment and dethroning Lijiao.

Jasmine Camacho-Quinn has shown tremendous consistency over her career. So much so that she now owns the top 100mh time in the world in 2021 at 12.32. She will be looking to redeem herself after disappointing herself with a fall in the 2016 Rio Olympics.

I love getting Kendra Harrison at plus money here. She has all of the capabilities to win the event. Harrison shockingly did not qualify for the previous Olympics after she finished 6th. She then responded by breaking the world 100m hurdles record just two weeks late with a 12.20. She currently holds the second-fastest time this year behind Camacho-Quinn, but still has the ability to challenge her very closely for the gold.

Oluwatobiloba Amusan, also known as Tobi, may have been one of the more-affected athletes by COVID-19. She was on an upward trajectory with a gold medal in the 2018 Commonwealth Games. Then she had a fourth-place finish in the 2019 World Championships with a 12.49—0.02 from the podium. I love taking a flyer on her at +1000 odds to win an event where she has the third-fastest time this year coming in.

The women’s 200m is going to be an absolute must-watch this year. This field may be one of the hardest to handicap because so many of these women can easily notch out the other for the win. Gabby Thomas is the odds-on favorite justly as she ran the second-fastest 200m time ever at the U.S. Olympic Trials. You could see her gain confidence with every run in the trials and should expect a lot of the same in the Olympics.

Thompson-Herah is always a danger to win this event and successfully defend her 200m title. I actually do love a bet on her price of +400 as well. But I would like to focus on the other Jamaican women in this event. Fraser-Pryce and Shericka Jackson both beat Thompson-Herah at the Jamaican Olympic trials to qualify for the event. While this event is neither of their specialties, I like the opportunity in front of them to get a win here in a loaded event.

Trayvon Bromell is looking to solidify himself even as the new sheriff in town in the men’s 100m. He owns the fastest time in the world this season with a 9.77 and followed it up with a 9.80 to win the U.S. Olympic trials. He has an amazing start and has the top speed to hold on for a gold medal in this event.

TRAYVON BROMELL WINS THE 100M with an incredible 9.77s for the best mark in the world this year at the NACAC NEW LIFE INVITATIONAL

⭐️And you saw it live on the Panam Sports Channel⭐️

I love the value on Ronnie Baker here in an event that he challenged Bromell in at the U.S. Olympic Trials. He has finally made his first men’s national team and is looking to solidify a spot on the podium. He currently owns the third fastest time in 2021 for this event. I love his price to win gold and I also like his price to win a medal in the 100m at -165.

While Andre De Grasse is known more for his 200m running is a great value here in the 100m. He earned a bronze medal in the 2016 games in this event and the 4x100m. He is not getting much buzz because he does not have one of the top 100m times this year, however, I believe he is going to be locked in for a chance to finally win the gold medal that was previously reserved for the Usain Bolt. I also love a play on De Grasse to medal in the event at +175.

Noah Lyles has absolutely dominated this event as a pro. He owns the fastest time in 2021 that he set in the U.S. Olympic trials. Not to mention, he said he was “three months behind training” at the time of the trials. He is juiced so much for the right reasons. And with the field wide open this year, he has the potential to capture gold as a heavy favorite.

De Grasse is getting so much value because of the hype (well-deserved) of Noah Lyles right now. However, De Grasse is not out of his prime just yet. He dominated this event for the silver medal in the 2016 games. If it was not for a man by the name of Usain Bolt, then he would have a gold medal attached to his name. De Grasse is hungry to claim his spot at the top and he has to show up here with Bolt no longer in the picture.

Canadian sprinter Andre De Grasse became the first male athlete to win a medal for Canada at Rio 2016. He's back for #Tokyo2020 and sees it as a golden opportunity… 🥇🏃🏿‍♂️🇨🇦 @De6rasse#StrongerTogether pic.twitter.com/kuCF6pCafa

Michael Norman pulled away to secure his spot on the team at the U.S. Olympic trials. In 2019, he made his season debut at SAC Relays running for a blistering fast 43.45 which is tied for fourth-best all time. He has all the talent to get this done and he is finally looking to make his mark on the big stage.

Another good value play here. Wayde Van Niekerk is the reigning gold medalist and current world record holder in the event. He is extremely tough to handicap because we have not seen him on the global circuit for so long. He has not run the best this year, however, if he can revert back to form in 2016 and 2017 then this is an absolute steal at this price.

Last, but certainly not least is Randolph Ross of North Carolina A&T. He is a tremendous value here and the only thing he lacks in this experience running on the global stage. He owns the world-leading time of 43.85 in this event for 2021. And Ross has a very strong finish in the 400m, shown in the 2021 NCAA Division I Outdoor Track Championships and in the U.S. Olympic Trials. This may be a little bit of a homer pick coming from an NC A&T alum, but watching Ross he could make his name known around the world in these games. AGGIE PRIDE!!!

ICYMI: Randolph Ross posted the No. 3 time (43.85) in collegiate history to take home the 🏆 last night in the 400m!!#NCAATF x @NCATAGGIES pic.twitter.com/GgpWc00pfn