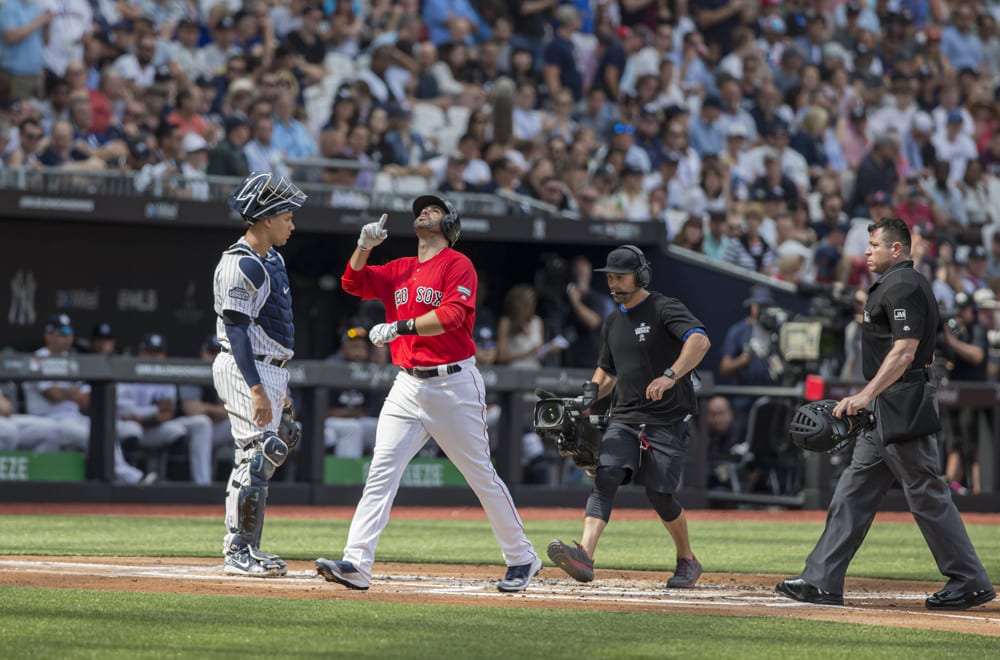 The second half of the baseball season is well underway. Tonight Sunday Night Baseball features the game’s oldest rivalry between the Boston Red Sox and the New York Yankees. I have a few prop bets for tonight’s game. Let me dive right into the prop bets!

This number is right around Taillon’s average. However, the Red Sox are not a team that strikeout a whole lot. In fact, over the last 15 days the Red Sox as a team have the third least strikeouts amongst American League teams. Furthermore, Taillon faced the Red Sox on June 5th. In that game, Taillon pitched 5 1/3 innings and only struck out three Red Sox batters. I do not think he will have success against the Red Sox batters tonight thus I love this prop bet to go under the mark.

We saw an incident with a Yankee fan and Alex Verdugo last night in the Yankees game. A fan threw a baseball from right field intentionally that hit Verdugo in the back and he was irate to say the least. Stay classy Yankee fans. Anyways, Verdugo has solidified himself nicely at the top of the lineup for the Red Sox. In fact, against Taillon back on June 5th, Verdugo hit a double in his first at bat. In addition, the home and road splits for Alex Verdugo are near identical. I fully expect Verdugo try to get some time of revenge tonight hitting the ball against the Yankees.

Think the Yankees will win it all? Check out the latest World Series odds.