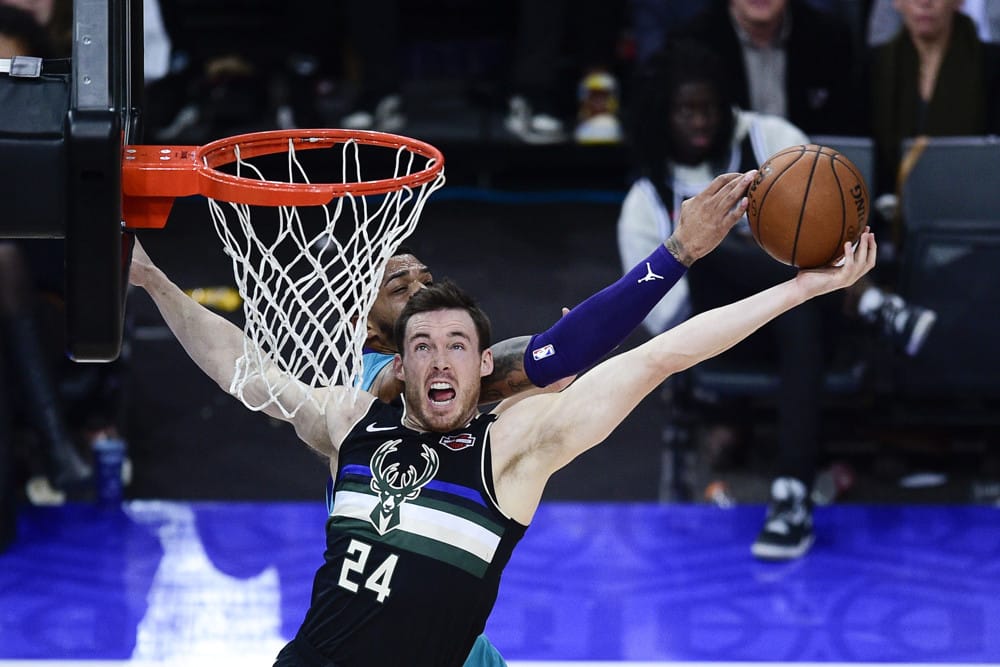 Just like that the Milwaukee Bucks have tied up the NBA Finals after winning their two home games. Game Five tips off Saturday night in Phoenix as the NBA Finals is down to a three-game series. I am coming off another 2-1 player props profitable night on Wednesday. I look to continue this momentum going into Game Five of the NBA Finals. Below you will find my NBA Finals Game Five player props best bets!

A few games ago I went the other way on this player prop highlighting that if  Pat Connaughton plays less than 30 minutes he will fall under this number. However, due to the matchups and Connaughton’s ability to stretch the floor, he is seeing an increase in minutes. In fact, in the four games of the NBA Finals Connaughton is averaging 31 minutes. More so, he has played 30 or more minutes in two of the last three games. As a result, he is averaging close to seven rebounds per game in that span. I expect to see Connaughton continue to play more minutes for the Bucks and thus increase his rebounding opportunities.

We are seeing Chris Paul struggling over the last two games of this series, especially handling the ball. Is the right hand of CP3 starting to be a factor for him, thus the sudden increase in turnovers? Over the last three games, CP3 is averaging five turnovers per game. Insert Cameron Payne. If indeed CP3 hand injury is an issue, Payne should see more ball-handling duties. As a result, this will create more scoring chances for Payne. He is a guy that can create his own shot and finish around the basket and even knock down a three-point shot or two. Furthermore, in the last two games, Payne is averaging 21 minutes per game along with eight points per game.

The saying goes it’s not broken do not try to fix it. I took Cam Johnson to knock down two three-point shots in Game Four and it cashed. But the more glaring stat for Johnson is he is providing scoring off the bench. In fact, over the last nine playoffs, Johnson has scored in double digits in eight of those. As I mentioned, the three-point shot-making is there for Johnson, but he also has the ability to hit mid-range jump shots and finish in transition. Role players rise to the occasion when they are playing at home and the scoring success for Johnson should continue in Game Five back on their home floor.