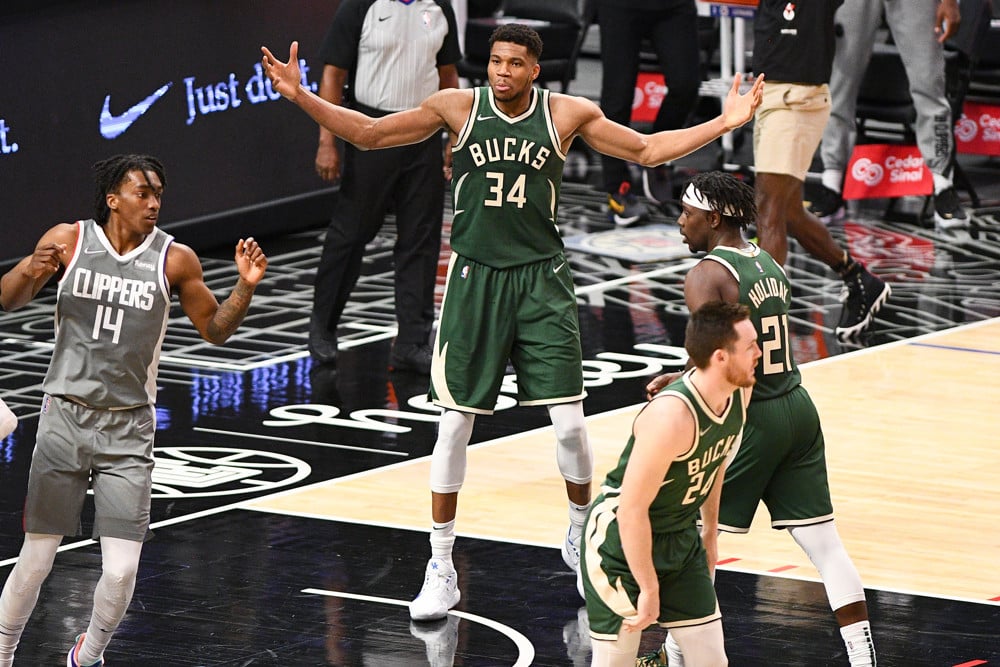 The Phoenix Suns have taken a commanding 2-0 lead heading into Game Three of the NBA Finals in Milwaukee. The Bucks have their backs up against the wall and it’s now or never if they want a chance to win the title. I have three player props for tonight’s game – let me dive right into my NBA Finals Game 3 player props!

Despite Giannis suffering a hyperextended knee, it seems like he is picking up right where he left off. Even though there are times we see Giannis huffing and puffing for air, he’s by far been the best player for the Bucks through the first two games. Furthermore, Giannis has been a rebounding machine for the Bucks. In fact, in the first two games, Giannis has 12 and 17 rebounds respectively in a combined 75 minutes. With the frontcourt of the Suns thinning up due to the injuries to Dario Saric and Torrey Craig, there will be plenty of chances for Giannis to grab these rebounds. Also, the fact the only other big man for the Bucks, Brook Lopez, loves to hover around the three-point line should result in Giannis exceeding this number as my first NBA Finals Game 3 player prop!

There is no denying Holiday has played his worst two games of the 2021 playoffs in the first two games of the NBA Finals. As a result, the only direction is for him to have a positive regression, right? If the Bucks are going to win a game in this series, they will need to get something from Jrue Holiday and Khris Middleton. Tonight is the prime spot for Jrue to have a big game for the Bucks. Milwaukee has a winning record of 80%+ when Holiday scores 20 or more points. We know the assists and rebounding numbers are there for Holiday, but look for him to bounce back tonight scoring for the Bucks!

I am not sure why this number is set this low for Chris Paul. Maybe cause Scott Foster is the crew chief for the game tonight? Nonetheless, CP3 has scored 23 and 32 in Game One and Game Two of the NBA Finals. CP3 is averaging 21.4 points per game on the road this season during the NBA playoffs. As the betting favorite to win the NBA Finals MVP,  I expect CP3 to continue scoring well for the Suns tonight.