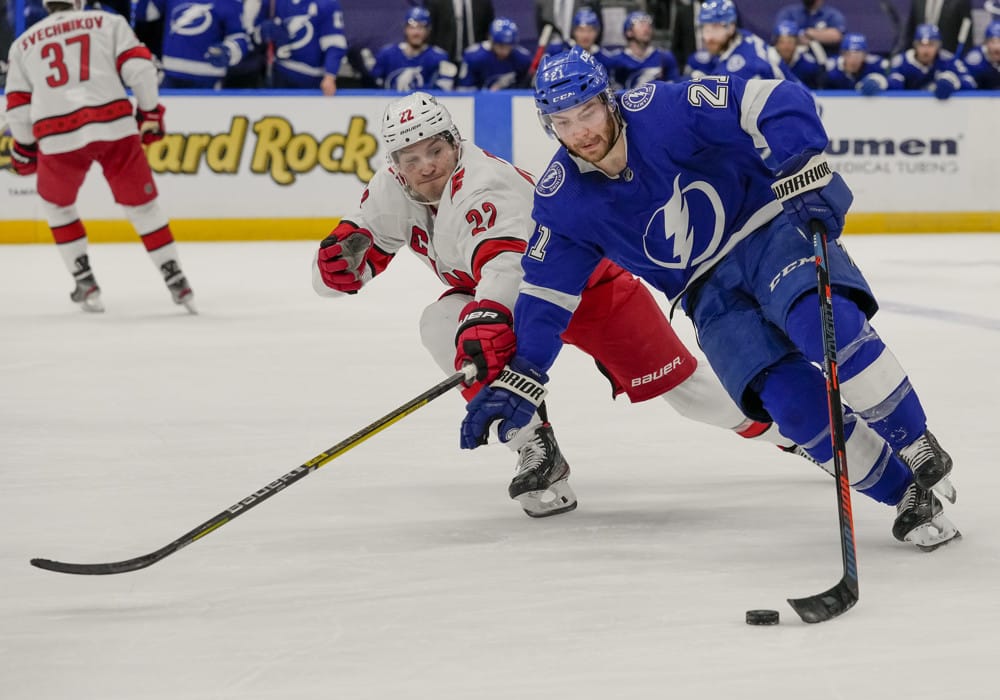 The second round of the NHL playoffs is underway! The Boston Bruins and New York Islanders opened the second round on Saturday night and there’ll be two more series starting on Sunday.

In the Central Division, the Carolina Hurricanes and Tampa Bay Lightning are set to square off in the second round.

The Hurricanes had a breakout season and were not only the best team in the Central Division but one of the best teams in the league. Period.

Carolina went 36-12-8 for 80 points in the 56-game season. Only the Colorado Avalanche and Vegas Golden Knights had more points than them with 82 each.

Their great regular season gave them a rather easy matchup in the first round against the Nashville Predators. However, the Predators gave the Hurricanes a scare.

Sebastian Aho led the way for the Hurricanes in the first round with five goals (two game-winners) and seven points. Carolina’s special teams came up clutch as well. They killed off 23 of 26 power plays against.

Think you know who’s going to win it all? Check out Odds Shark’s Stanley cup odds.

The Lightning took on the Florida Panthers in the first round. The Panthers had 79 points in the regular season, but the Lightning got healthy at the right time.

Kucherov led the Lightning (and the entire league) in scoring in the first round. He racked up three goals and eight assists for 11 points in six games. Steven Stamkos, Alex Killorn, and Victor Hedman weren’t too far behind him with eight points each.

The power play helped the Lightning in a big way, scoring on 8 of 20 opportunities, including three games with multiple power-play goals.

The teams split the eight-game regular-season series with four wins apiece. Both the Hurricanes and Lightning went 4-3-1 as each team won a game in overtime.

Carolina shut out the Lightning in the first two meetings of the season before Tampa won the next three. They then traded wins in the final three games, including two games in mid-to-late April.

However, the Lightning were not at full strength throughout the season. Stamkos only played in 38 games and Kucherov missed the entirety of the regular season.

It was a rather even series scoring-wise as well. The Hurricanes had a one-goal edge at 18-17 in their eight games. That’s only 35 goals in eight games (4.375 per game) — keep that in mind for some potential under bets throughout the series.

This should be another exciting series. I picked the Hurricanes to win their first-round series, but I faded the Lightning. I’m not making that same mistake again.

The Hurricanes were pushed to six games –– and four overtime games –– by the Predators. Nashville is a solid team with good defense and got great goaltending in the series. However, the Predators completely lack an offense.

The Lightning have a great all-around team, a Vezina Trophy winner in Andrei Vasilevskiy, and a few of the best players in the league. I’ve already mentioned the big three forwards, plus Killorn and Hedman, but they also have good depth guys like Anthony Cirelli, Ondrej Palat, Yanni Gourde, Blake Coleman, and others.

Carolina is a good up-and-coming team that should be a contender for a while. I just don’t think they have what it takes to fell the reigning champions, especially given the odds.

I’m taking the Tampa Bay Lightning (-139) in the series. I think the line should be a lot higher, perhaps closer to -200 where the Avalanche are at against the Golden Knights.

Looking at the Total Games Played market, Over 5.5 Games (-157) is interesting. Neither team should get swept or fall flat after splitting the regular-season series.