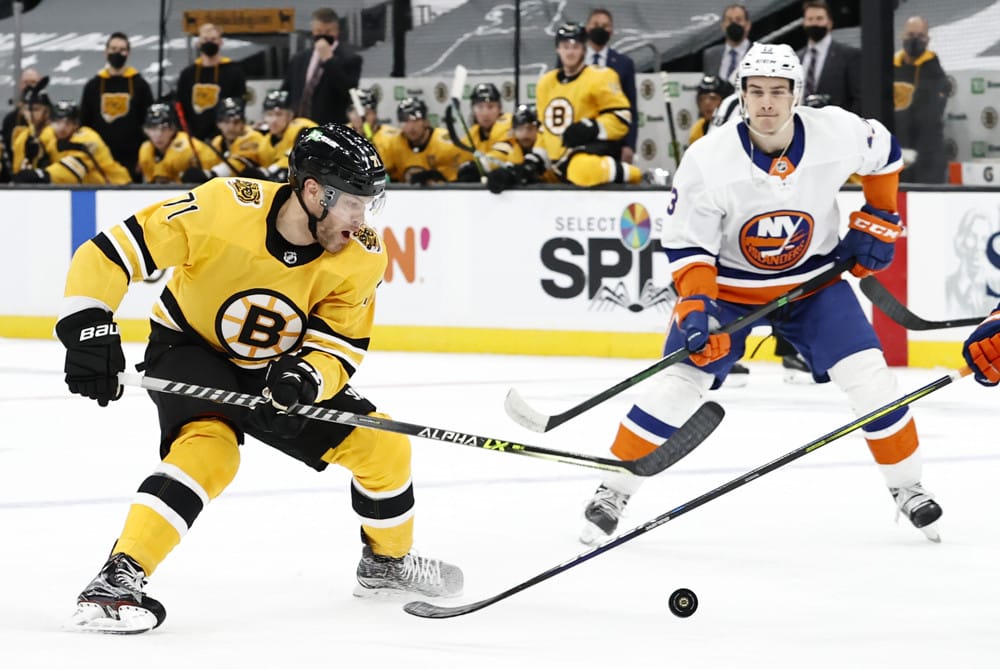 We had our first Game 7 of the NHL playoffs last night and tonight we’re getting our first second-round series. The Boston Bruins and New York Islanders will open the East Division final series tonight on NBC.

The Bruins went 33-16-7 for 73 points in the 56-game regular season. They finished just four points behind both the Pittsburgh Penguins and Washington Capitals, giving them the No. 3 seed in the East Division.

The Bruins took care of the Washington Capitals in just five games. They lost Game 1 in overtime, then won four straight to take the series. Games 2 and 3 went to overtime, with the Bruins limiting the Capitals to just one goal in each of the last two games in the series.

Tuukka Rask was great in net for the Bruins to take down the Capitals.

The Islanders were just behind the Bruins with 71 points (32-17-7) in the 56-game regular season. They cruised into the playoffs, though, with an 11-point cushion on the fifth-place New York Rangers.

The Islanders went back and forth with the Penguins in the first round. The Isles won Game 1 in overtime but then lost Games 2 and 3 by one goal each. However, they rallied back for three straight wins –– including one in double overtime in Pittsburgh –– to dispatch the Penguins in six games.

Ilya Sorokin stole the show for the Islanders in goal, while Tristan Jarry faltered for the Penguins.

The Islanders played pretty well against the Bruins in the regular season. However, they declined as the season moved along.

New York won the first three games in regulation, won the next two in overtime/shootout, but Boston won the final three meetings of the season –– including an overtime win in a meaningless Game 56.

The Bruins’ three straight wins against the Islanders to end the season series are noteworthy. This was after the Bruins acquired Taylor Hall and Curtis Lazar at the trade deadline. They beat the Islanders at home 4-1 and 3-0 on back-to-back nights in mid-April.

The regular-season series is interesting. The Islanders seemed to have the Bruins’ number, but once they became more of a juggernaut with Taylor Hall, it was a different story.

This is going to be a hard-fought, tight-checking series between two heavy teams. Barry Trotz has his guys play a certain way and it worked against the Bruins earlier in the season. If they can find that formula again, it could be a long series for Boston.

However, if the Bruins continue to click offensively with Taylor Hall joining Brad Marchand, Patrice Bergeron, and David Pastrnak up front, it could be a short series for Boston. Especially if Tuukka Rask stands tall as he did in the first round.

The Bruins are rather heavy favorites in the series at -230 with the Islanders at +180. I think the Bruins are the better team and should advance, but I can’t lay that juice. My pick for the series is the New York Islanders to advance +180 simply for the value.

I’m also looking at a few other bets in the series. There are good bets to be made no matter what you think will happen.

I really like this next bet. These teams will play close games and it should be a long series. The Islanders should be able to scratch and claw their way to at least one win, making the Over 5.5 Games (-139) a great bet.

For my money, I’m going with the Over 5.5 Games and might jump in with more action as the series moves along.