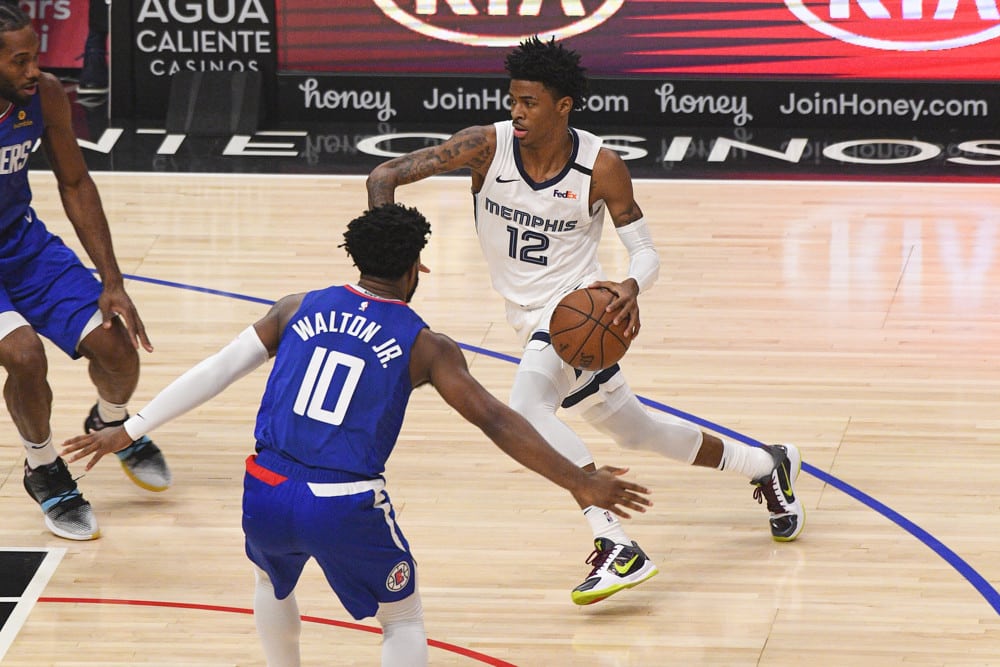 We are on the brink of the 2020-2021 NBA Playoffs but first the play-in tournament games need to be decided! Do not talk to LeBron James about the play-in tournament. Tonight,  we have two games featuring the Western Conference teams. The San Antonio Spurs (#10) visit the Memphis Grizzles (#9) in the first game. The game of the night features Golden State Warriors (#8) visiting the defending champs Los Angeles Lakers (#7). This brings me to my NBA Western Conference Play-In Tournament prop picks.

I have two player prop picks for tonight’s play-in tournament matchups – let me dive right into it!

Now I know this is not going to be a popular pick and probably a “bad” pick but hear me out first. Curry has played in all three games against the Lakers in the regular season and did not exceed more than 28 points in those contests. In addition, he is shooting only 42.3% from the field and 34.6% from three-point land. Those are not the Curry numbers we are used to seeing and there may be something to it.

Furthermore, the Lakers have the players on defense to contain Curry for tonight. My belief is that the Lakers will try to make someone other than Curry beat them tonight. Also, over the last seven days of the regular season, the Lakers are holding the point guard position to 19.2 points per game. I am going contrarian on the prop pick – give me the Under for my first Western Conference Play-In Tournament prop pick!

When it’s playoff time it’s time for the stars to shine and I believe tonight we see Morant score the ball at will. In addition, Morant has faced the Spurs all three times this season and is averaging 25.3 points per game. However, this number is a little skewed because he did score 44 against the Spurs in the first game of the season.

Furthermore, Ja Morant is shooting 62% from the field against the Spurs in the three matchups this season. Lastly, over the course of the season, the Spurs allow 25 points per game to the point guard position. Seems like a solid Western Conference Play-In Tournament prop pick to me.

I’ll start with the Lakers tonight. They are the defending champions and I expect them to take care of business tonight against the Warriors. There is too much firepower on the Lakers for the Warriors to contain. In fact, in two wins this season against the Warriors, the Lakers won those games by 20+ points. Along with that, I am sure the Lakers do not want to play an extra game and need the couple extra days of rest, especially with all the injuries they have dealt with all season.

In the three matchups this season, the game total for the Spurs and Grizzles has ended with 250, 241, and 235. Furthermore, the Spurs’ defense has been less than stellar during the stretch run of the season. Over the last 10 games of the regular season the Spurs defense ranks #28 in efficiency. Both of these teams are allowing 112+ points per game over the last 10 games. I expect to see points in this matchup tonight between these two Southwest division rivals.