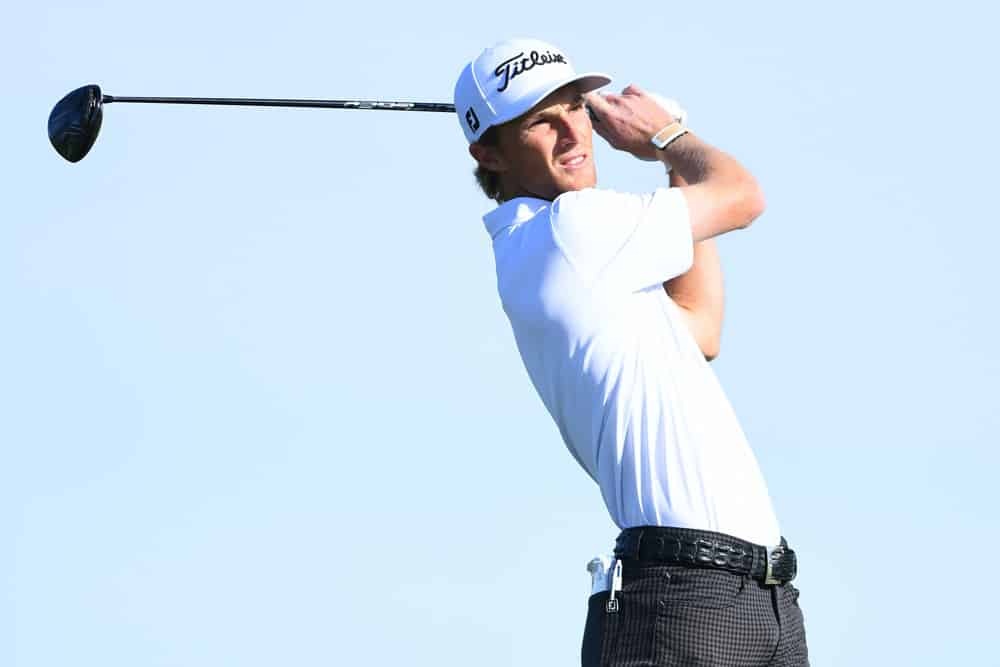 For those who missed it, check out the AT&T Byron Nelson Preview and Betting Strategies for the types of golfers you should look to target for your picks. Using that as a guide, let’s take a look at some of the best bets to make this week. Here are my 2021 AT&T Byron Nelson Picks (odds courtesy of PointsBet, *Promo Code SGP*).

So why isn’t it time for Will Zalatoris to get his first win? The missed cut last week shouldn’t be of concern. A lot of notable names struggled and missed the weekend. He’s a fantastic driver, he’s efficient tee-to-green and he runs streaky with his putter. That’s a good combination for this week. Will Zalatoris is in a great spot to pick up his first win at the AT&T Byron Nelson.

The last two tournaments haven’t gone great for Sergio. He missed the cut at the Masters and the RBC Heritage and didn’t hit the ball all that great. But that was a month ago, and a lot can change in a month. Over the long term, Sergio is still as solid tee-to-green as anyone in the field. While he’s tremendously shaky with the putter, he still makes a lot of birdies because he puts himself in a lot of situations to get them. And he’s been a wrecking ball on these safe TPC setups in his career. The price is good at 45/1 for such an accomplished player in a weak field. He could grab another win.

The tournament is probably going to be a birdie fest with a winning score -20 or above. Alex Noren absolutely has what it takes with the putter to reach that height. He’s also shown some improvement tee-to-green over the last few tournaments that can help him reach that level. And he’s been very solid both at TPC Scottsdale (another Tom Weiskopf setup) and other safe TPC setups. He’s won a lot of tournaments in his career. He has what it takes to take the AT&T Byron Nelson down.

Tom Hoge definitely isn’t of the bomber mold that seems to be the way to bet this week. But he’s so good with his irons that he should be able to overcome it as long as he’s hitting from the fairway. The concern is with his putter, which hasn’t been in form. Improvement on the greens could allow him to get to the -20 threshold needed to win this tournament. He’s not all that far removed from very stellar performances on the greens. He also lost a significant amount of strokes putting in his last outing and is due for natural regression to his mean. Tom Hoge has been in the mix a few times this year for a win. If he can recapture some magic with the putter, a breakthrough win is in order.

Like Hoge, Wyndham Clark is in a bit of a rut with the putter. But he too is not far removed from a string of stellar putting performances. Wyndham Clark also fits the mold of a bomber who makes a lot of birdies. And he’s fared well in recent safe TPC setups that required low rounds under par to win the tournament. He’s a solid pick at his price to come away with a maiden victory at the AT&T Byron Nelson.

Scottie Scheffler has a ton of steam behind him this week. And for good reason. He’s fantastic off the tee, has great length, is solid with his irons, and makes a ton of birdies. That’s a really good combination for this week. If you believe the entire golf betting industry will cash a ticket on Scottie Scheffler this week, go ahead and bet him at 20/1. But if you want to fade that yet still have a small piece on Scheffler this week, betting him Top 10 is a solid avenue.

Charles Howell III has quietly played some solid golf over the last few months. He has four Top 40 finishes in his last 6 starts and is hitting the ball great tee-to-green over that stretch. He also has both the length off the tee and a scoreable putter to be able to put up low numbers and get in the hunt. There are not many golfers CHIII will have to beat to land inside the Top 20. He is a solid pick for a Top 20 prop at the AT&T Byron Nelson.

Other Top 20 Bets to Consider:

Lee Westwood is a long time removed from stellar back-to-back performances at the Arnold Palmer and the Players Championship. Since then, his results have been mediocre at best. He also tends to be a better fit on harder, tougher golf courses than a birdie fest like we’ll see this week. Meanwhile, while Erik Van Rooyen has missed the cut over his last two tournaments a bounce-back is in order. He played well at the Valero Texas Open a month ago, and the configuration of that golf course is similar to that of TPC Craig Ranch. Both golf courses also have some cross-over in terms of skill sets rewarded. Van Rooyen should beat Westwood straight up this week.

The praise for Tom Hoge is above. As for Kevin Chappell, it doesn’t seem like he’ll be able to recapture the form he showed before his back surgery. Since then, it’s been very tough times for him. Since returning from injury at the beginning of 2019, Kevin Chappell has only been able to crack the Top 40 on the leaderboard three times in 24 starts. He’s missed the cut in 10 of those events. It’s a lot of juice to pay for Tom Hoge, but he should be able to finish above Kevin Chappell on the leaderboard this week.