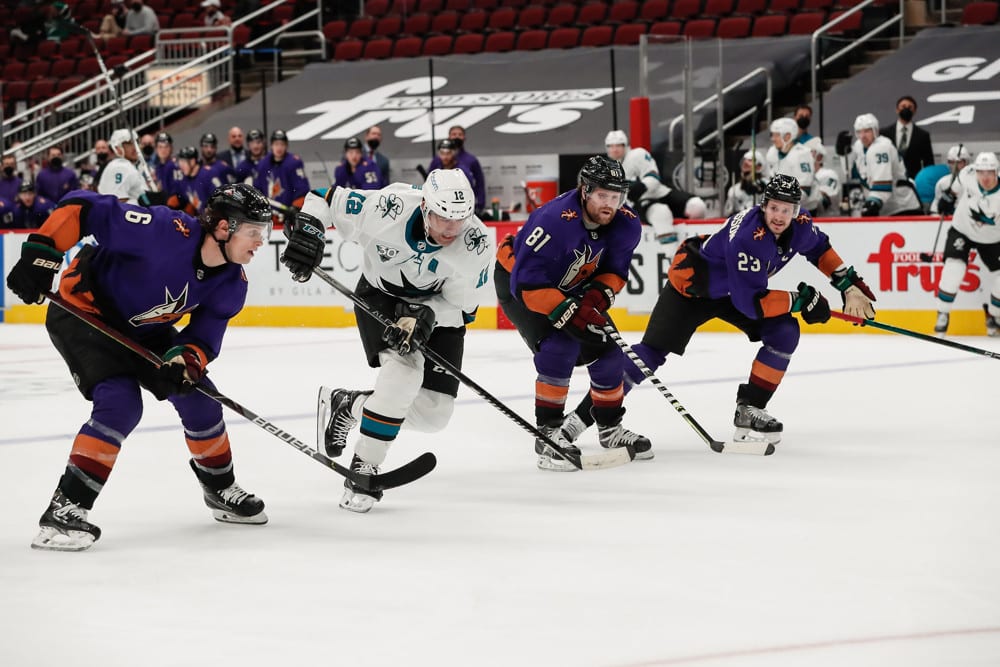 As some (hopefully most) of you know, I’ve been picking every NHL game every single day here at Sports Gambling Podcast. For Friday night’s slate, I want to take you through my mindset for every game. It won’t be as in-depth as some of the other articles; we’ll just get straight to the point for the NHL picks and best bets of the evening.

There are seven games tonight and we’ll be running through all of them. Buckle up.

This line really confuses me. The Washington Capitals are pretty big favorites, but honestly, it should be an even longer line.

As someone who covers the Flyers on a daily basis, I can tell you that those games weren’t even that close. The Capitals have the Flyers’ number and will use them to move closer towards clinching the No. 1 seed in the East.

These are two teams not only at the bottom of their division but in the bottom fourth of the league as well. The Red Wings were supposed to be this bad, but the Blue Jackets have missed expectations a bit.

This game could really go either way. Both teams are just looking forward to the offseason and getting better for next year.

The Lightning host the Stars again after beating them 6-2 on Wednesday night. I had them as a lock then, and I’m locking them up again tonight.

In their seven meetings, the Lightning won by 2+ four times (including the last two games) and won in regulation five times. The puck line (-1.5 +155) and to win in regulation (+100) are solid bets here.

I’ve rambled a bit over the first few picks, so let’s speed it up a bit here.

The Wild have won five straight games against the Ducks. They’ve outscored them 16-7 in that span.

The Wild are huge favorites, but there’s not much value here in the Ducks. They’re 11-12-3 on the road and the Wild are 19-5-2 at home. Minnesota is running Wild heading into the playoffs.

The Golden Knights pretty much have the top seed in the West locked up with the Blues about to clinch the fourth seed. This is going to be a closer game than many think.

The Blues are playing good hockey recently and are on a seven-game point streak (5-0-2). They’re coming off an upset loss the Ducks and should be focused as they look to lock up a playoff berth.

I usually love betting on Vegas, but we’re going against them here. They’re coming off an intense series against the Wild and could be due for a letdown game.

The Avalanche are huge road favorites here against the Kings and I just don’t see it. -270 is a lot of juice for a road favorite.

Colorado is 14-9-2 on the road and the Kings are 9-12-4 at home. The Kings have won one of four meetings this season and have played them especially tough at home.

The Avalanche just lost to the Sharks and continue their road trip in LA.  The Kings have won two straight and four of six. They’re having fun playing spoiler and +220 is great odds for a home dog.

We close out the slate with another game between two non-playoff teams. Well, the Coyotes aren’t eliminated yet, but they might be after Friday night.

The Sharks just beat the Avalanche and lost in overtime. They’re now 3-2-1 in their last six games and feeling good.

The Coyotes just blew a two-game home series against the Kings with a chance to have some sort of realistic hope for the playoffs. They are 3-11-1 in their last 15 games, including two losses in San Jose (6-4 and 4-2).

This game is essentially a pick’em and I just don’t see it. I’m on the Sharks and might go on the Sharks big depending on how the early games pan out.