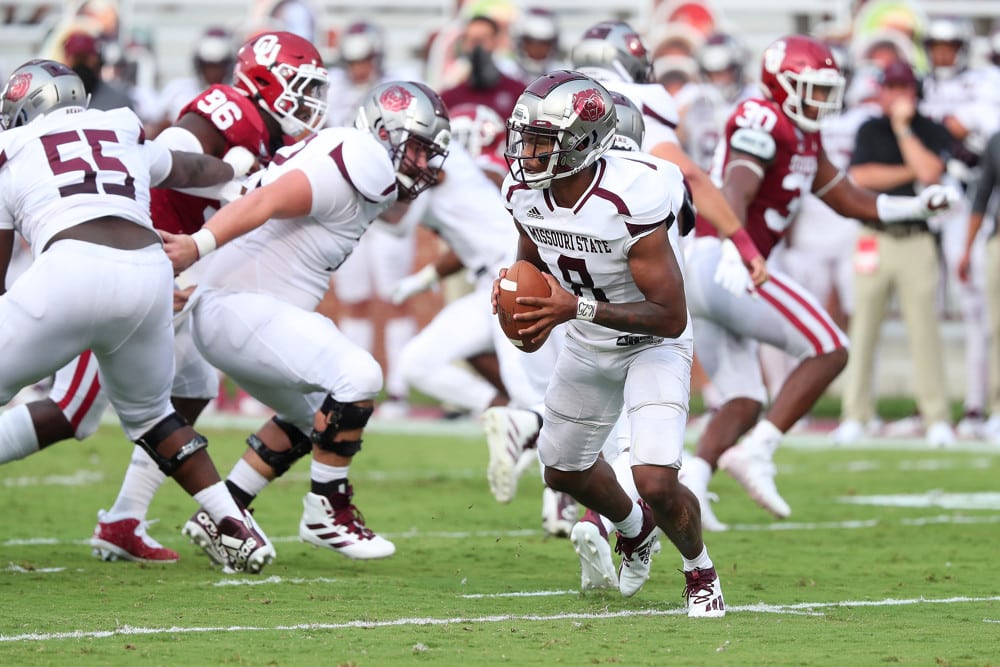 Welcome to the college football postseason and your FCS Football Playoffs Best Bets. I’m a sucker for the little guy. The one who is given little to no chance to compete, let alone to win. It’s because of this that I have scouted picks for you centered around that theme. It’s usually easy to bet on the favorite. It takes skill and guts to bet on the dogs. Plus, it always feels better to win those bets in the end.

Here are two underdog picks that should have you happily cashing when the dust settles. Lines are provided thanks to our friends at PointsBet. If you want more betting action on top of these games make sure you check out PointsBet. There you can find the rest of the FCS games and much more. Plus, like we always do, we’ve got the hook up with a sweet deal. To find out what that is, you’ll just have to click. Also this week, you can take advantage of our free FCS Football Playoffs bracket challenge! We are giving away $500 to the winner! Good luck and happy betting!

Jacksonville State enters the FCS tournament as the #4 seed. The Gamecocks have a 9-2 overall record, but four of those games are credited to their fall schedule. Three wins and one loss were posted before the Spring season began. They’ve made an impressive run in 2021 as they have only lost one of their seven scheduled games. As for Davidson, they were not one of the seeded teams in the tournament. They did though, post a 4-2 Spring season record. The Wildcats last game was a disappointing loss to Presbyterian. Last week, they were slated to face Stetson in a week two rematch, but that contest was cancelled. Jacksonville State holds the historical edge in this matchup. The Gamecocks have won nine of the eleven times these two have met including a decisive 49-19 victory in 2019.

You can expect Jacksonville State to come out aggressively on offense with their redshirt junior, Zion Webb leading the charge. Two weeks ago, he bounced back from a rough outing against Austin Peay the week before. Against Eastern Illinois, Webb threw for 249 yards and two touchdowns. He added another 83 yards and a touchdown with his 15 carries. The performance earned him a nod as the Ohio Valley State Conference offensive player of the week. On the other side of the ball, he’s backed by a defense that has allowed only 99 points all season. As a squad, the Jacksonville State defense has accumulated 26 sacks and 10 interceptions.

Coy punches it in 👊 #WE pic.twitter.com/2JxvYibCK6

Senior quarterback Tyler Phelps heads the Wildcats offense, but the real force of the squad comes from it’s running attack. Davidson deploys the triple option and relies on ground control to win games. Along with Phelps who factors into this as well, sophomore running back Dylan Sparks as well as junior running back Coy Williams literally carry the load offensively. All told, they account for 1,763 rushing yards. Davidson also holds almost a full ten minute advantage in the time of possession battle as can be expected from their brand of offense. They will need their defense to tighten up some if they hope to slow down the Gamecocks. Teams have scored an average of 24 points against them.

What’s more, Jacksonville State has only beaten one team by the current 21.5 point spread. Also, Davidson’s two losses have been by eight points combined. The Wildcats should control the ball long enough to keep this game well within the over three touchdown spread. This is a pretty tasty FCS Football Playoffs bet if ever there was one.

This will be a matchup between two ranked programs as the #12 Bears square off against the #7 Fighting Hawks. Missouri State enters the contest on a four game winning streak including three against ranked opponents. North Dakota on the other hand hasn’t played a snap since March 20th as their last three scheduled games were declared no contests. The teams have met only twice in their history with each team owning a victory in the series.

In what ended up being a shorter season than what it already was planned to be, North Dakota’s offense racked up some decent numbers. Redshirt freshman quarterback Tommy Schuester has 992 yards and 8 touchdowns passing in his five games this season. He’s flanked by redshirt sophomore running back Otis Weah who has 570 rushing yards along with 7 rushing touchdowns to go with them. The Fighting Hawks have managed an impressive 416 yards in average offense this season, but have surrendered an average of 374 yards to opposing offenses. Luckily for North Dakota, not all of that yardage has resulted in points as they come in allowing just over 20 points per game.

Missouri State is also led by a redshirt freshman at quarterback by the name of Jaden Johnson. So far this season, he’s passed for just over 1,000 yards. His only downfall has been ball security as he has thrown six interceptions to only three touchdowns. The Bears running game has been a three headed committee with Jeremiah Wilson, Celdon Manning, and Tobias Little all seeing action. Each also has over 200 yards rushing with Wilson and Manning each contributing four touchdowns. Much like North Dakota, Missouri State’s defense has allowed it’s fair share of yardage. The Bears have allowed just over 352 yards per game with an average of 24.9 points to go along.

It will be difficult to ask North Dakota to kick into game mode after more than a month off. This is especially the case against a team that has been playing the whole time. This game carries a real possibility of an upset. Missouri State has already beaten South Dakota, Northern Iowa, and Southern Illinois in back to back to back weeks. All of them were one score games.