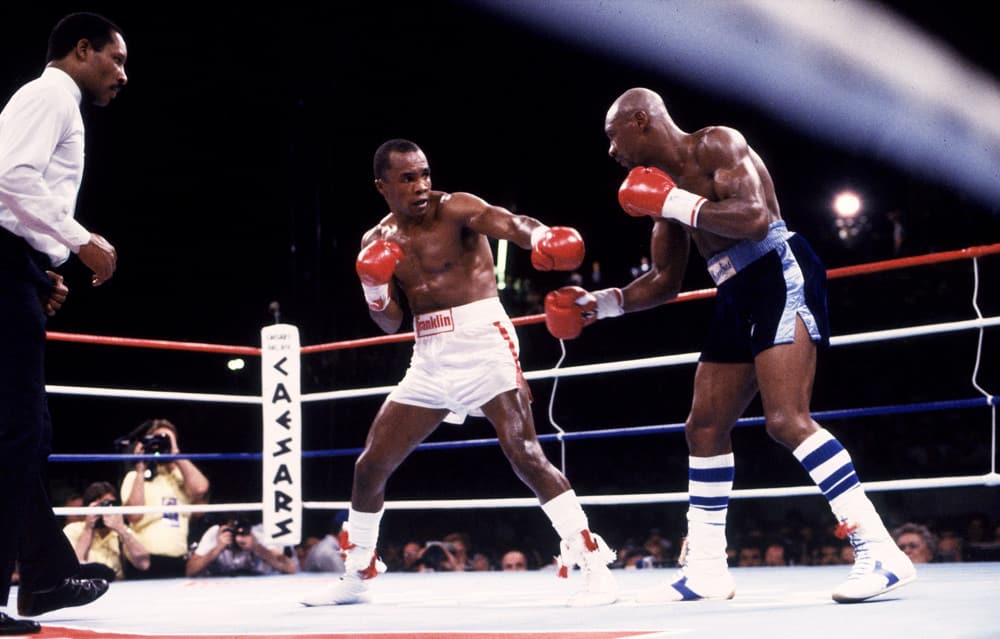 On the latest edition of the show, host T.J. Rives is back to get you ready for all the action in the ring from Tulsa to Connecticut to London this weekend. And, an author with great perspective on the iconic 1987 Sugar Ray Leonard-Marvelous Marvin Hagler  “Super Fight” is on board, too!

T.J interviews Brian Doogan from the U.K. about writing his book about the Middleweight title fight that captivated boxing in the late 80s and “broke the bank” for non-Heavyweights! Leonard came out of a three-year retirement to dethrone the menacing Hagler, who had defended the Undisputed Middleweight title 12 times prior to that April 1987 night.

Get all the sub-plots about these two Hall of Fame fighters and their battle from Brian and his book, which is out now.

Then, Marquis Johns, Sr. Writer of BigFightWeekend.com, comes in to discuss the important fight cards. This includes the WBO World Title bout at Light Heavyweight in Oklahoma for American Joe Smith Jr. and Russian Maxim Vlasov on Saturday night. Smith is looking to take advantage of a second chance to win a world title in the ESPN main event from Tulsa. Smith is currently slightly favored at -330 to beat the Russian.

And, the guys talk about Philly’s, unbeaten (26-0, 24 KOs) Jaron “Boots” Ennis headlining in a Welterweight main event for Showtime Boxing at the Mohegan Sun Casino in Connecticut, too. Ennis is ticketed to be a world title challenger potentially later this year or early 2022, but Lipinets is a former title holder at 140 lb. Ennis is -1000 to get the win and -275 for the KO.

Get the insight, analysis, fight picks and more from T.J. and Marquis, plus, if you loved Sugar Ray Leonard and/or Marvin Hagler, you must reminisce with Brian Doogan, too!!

It’s all on the Big Fight Weekend Podcast and make sure to subscribe/rate and review us on Apple Podcasts, Spotify, Google Podcasts, etc.!!!