Down To Gonzaga-Baylor for SGP ‘Market Madness’ Winner 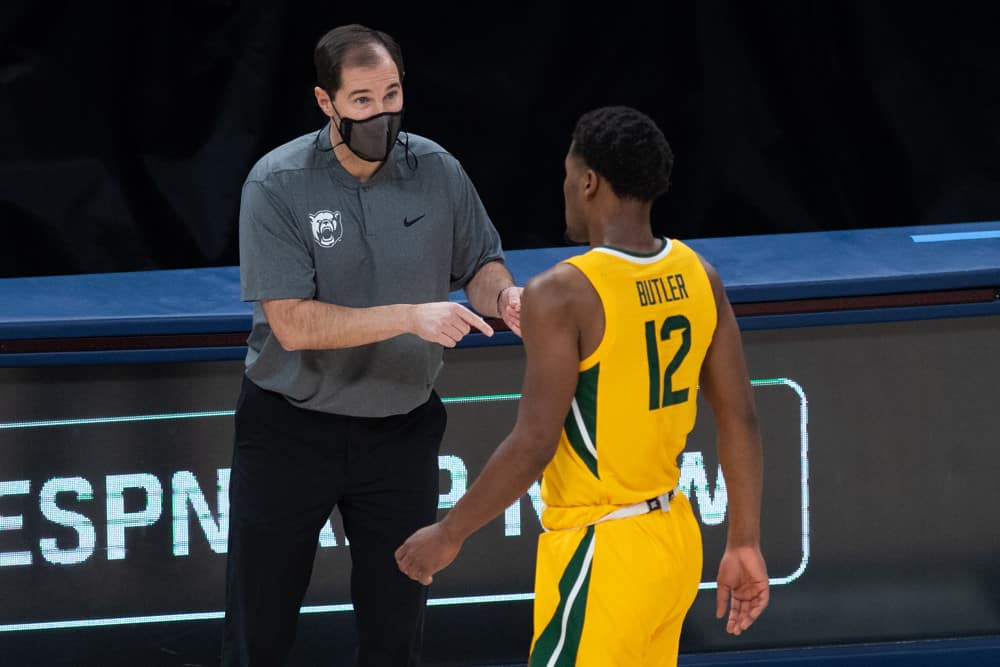 Just as Gonzaga and Baylor will decide the wild, 2021 NCAA Tournament, it will also decide our SGP “Market Madness” investment-style bracket game.

For the third straight weekend, our show host contestants have “bought” shares of teams at a certain value and have scored points for their winning.

Here’s a quick overview and then we’ll get to: “who wins with what winner?” on Monday night at Lucas Oil Stadium in Indianapolis.

They could invest in single or multiple shares (no more than three) of as many teams as possible provided that they stayed under the fictitious $300 cap. Teams scored two points in each win that weekend and also added points based on their margin of victory in each win.

That meant that their surviving teams’ “value” would grow for their portfolio. Then, contestants had the chance to discard teams that lost and then, re-use the original purchased price of those teams to re-invest in teams still alive. (Example: Selling a share of Illinois gave you $30 back to spend).

This was done while staying under the now increased $400 spending cap for weekend two.

Our hosts re-invested in teams still alive for weekend #2 and coming off last Sunday here were the standings,

STEVE CARNEY host of “Under the Orange Roof” podcast  1460

Our hosts then got to re-invest, off their eliminated teams, again, this for this Final Four weekend and had the cap raised to a fictional $500.

Here are the new standings (with shares of teams that each had headed into Saturday) for the shows/hosts that can still win the “Market Madness” contest headed into Monday night.

However, a Baylor victory not only denies the Zags an unbeaten season but means that “Wolo and Stats” will vault back past him. And, also, Vince in Knoxville can still reach 2nd place, if it’s an unlikely huge blowout for the Bears.

The rest of our contestants need to contact a broker next time!