Gonzaga’s Road To The Final Four, Chances Of Winning It All, Predictions 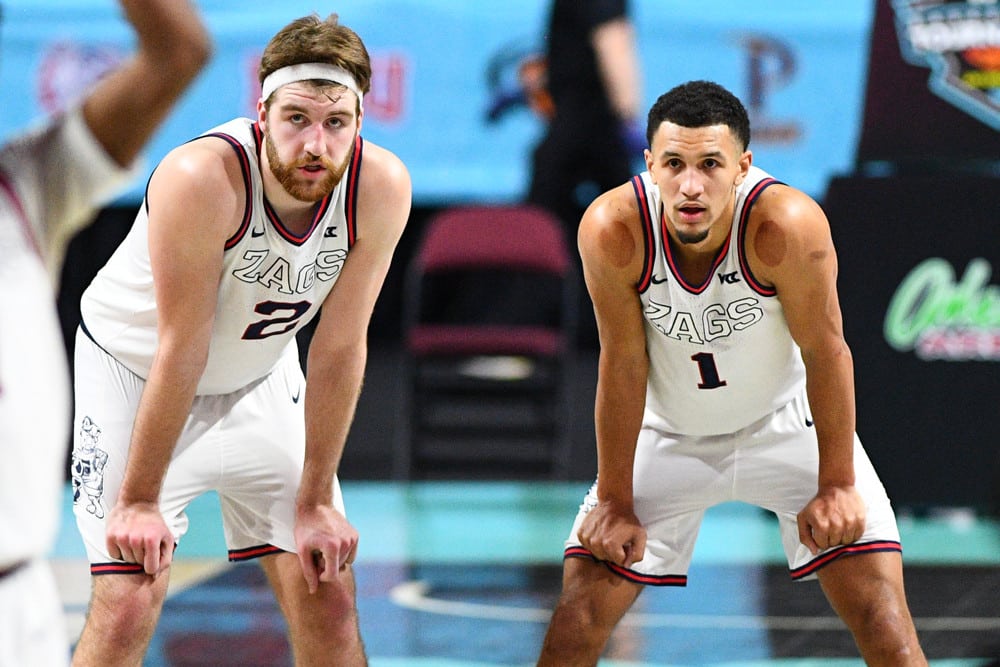 We’ve reached the Final Four, so it is time to look back in order to look forward. Gonzaga is probably the least surprising of the teams to make it this far. They were perfect in the regular season. They were the wire-to-wire #1 team in the nation. However, it’s not so much that they won that makes them the favorites from here on out – it’s how they won.

24 straight wins sure make the regular season seem like a cakewalk to Mark Few’s latest crew. To be honest, it actually was for them. Over the course of the season, they not only won every game, but nearly won every game by double figures. A lone game with West Virginia back in December was the only one that opponents kept within 10 (the Zags took it by 5). The rest of them all ended with Gonzaga winning comfortably.

The usual knock on the regular season of Gonzaga is that they have an easy schedule. The West Coast Conference is hardly full of killers and tends to hand them some easy wins down the stretch. Even though that may be true, Gonzaga stacked their early schedule. In their first 7 games alone, they took out 4 teams ranked in the top 15 (again, without really breaking a sweat). This included a mere 10 point win over Iowa, who was previously the #2 seed in their West Regional.

About 7 minutes into the first-round matchup the Spartans led Gonzaga 11-10. After that, there is not much to say. Gonzaga rattled off 11 straight points and the margin never got closer than 8 for the rest of the game. The expected blowout allowed the Zags to work in some of their lesser-used pieces a bit more. Guys like freshman Julian Strawther got some burn, which will be helpful for future tournaments or if someone winds up in foul trouble during this Final Four.

Gonzaga’s game against Oklahoma had a lot of the same makings of the Norfolk St win (and a lot of wins before that). Oklahoma managed to keep things close for about 12 minutes. When Gonzaga broke the 28-28 tie, then things started to really heat up for them. They entered the half up 12 and Oklahoma never made it closer than 9 again.

The real story of this game was the emergent play of Gonzaga big-man Drew Timme. While always a presence on the floor, he began to really take over the game. The Sophomore finished with 30 points which topped the team, but that’s not all. He also led the team in rebounds (13) and assists (4), which proved to be foreshadowing for his effectiveness that would come in the next few games.

While the other games at least nominally saw some scores unfavorable to Gonzaga, this one did not. From the 25-second mark, when Andrew Nembhard splashed his 3-pointer, Gonzaga led. No ties. No lead changes.

Much of that was due to the breakout performance from the Florida transfer. Not only did he give them 17 points (tied for his second-most all season), but he did so efficiently. Nembhard shot 78% from the field and added in 8 assists as well. With Corey Kispert and Joel Ayayi shooting a little colder than usual, this was a welcome addition. The fact that they have depth that can pick them up like this too, is part of what makes them so dangerous.

The Elite 8 matchup with USC proved to be the least competitive of all of the games that led Gonzaga to the Final Four. Although they wound up closer in score than some of the others, there seemed to be no point where USC was “in it”. After winning the tip, USC turned the ball over on each of their first two offensive possessions. Both of those were steals at the hands of the aforementioned Timme. They quickly found themselves in a 7-0 hole and really didn’t ever seem in this game.

Timme ended the game leading the team in points (23) and steals (3), but that really doesn’t even demonstrate how good he was. The Mobley brothers had been getting it done down low all year for the Trojans. However, in this one, they both wound up below their season averages in rebounds, giving the Zags more chances – which you simply cannot do with a team that scores this well.

Why Gonzaga will win it all 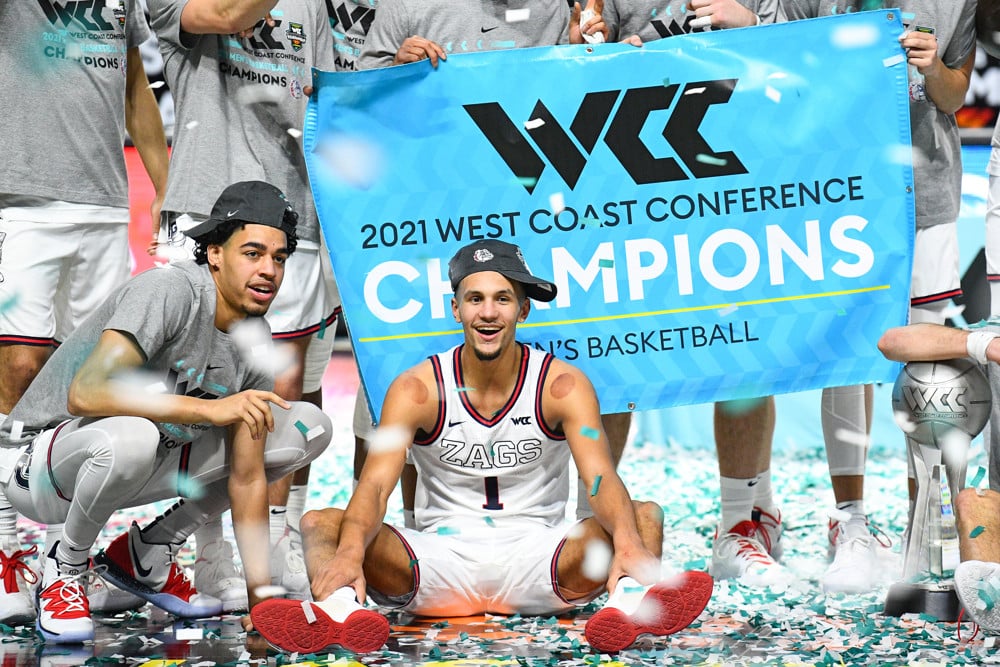 Gonzaga were the odds on favorite to cut down the nets at the Final Four at the beginning and they’ve given us no reason to doubt them. Most books have them kicking around -250 to win the championship at this point. Given the relative ease they’ve dealt with so far, there isn’t much of an argument to make otherwise. Especially since they have so many different players who can lead the charge. Suggs, Kispert, and Timme, all were names to Wooden watch lists and rightfully so. It’s hard to imagine all of them getting cold at the same time, and even if they were to, Nembhard and Ayayi provide even more options.

If there was an argument to be made, it would likely sit with Baylor. While ranked #1 and #2 respectively on December 5th, the two were supposed to clash. A pair of positive COVID tests delayed their run-in, but it appears we might get it after all. The one thing that will make it hard for Baylor is their desire to slow things down. Gonzaga simply doesn’t let their opponents breathe (see KenPom tempo ratings). When the shot is open, you need to capitalize on Gonzaga because, as USC found out, the Zags close down incredibly well on defense.

Ultimately, I think that speed and scoring prowess makes it Gonzaga’s tournament to lose, and I don’t even hate the line where it is.