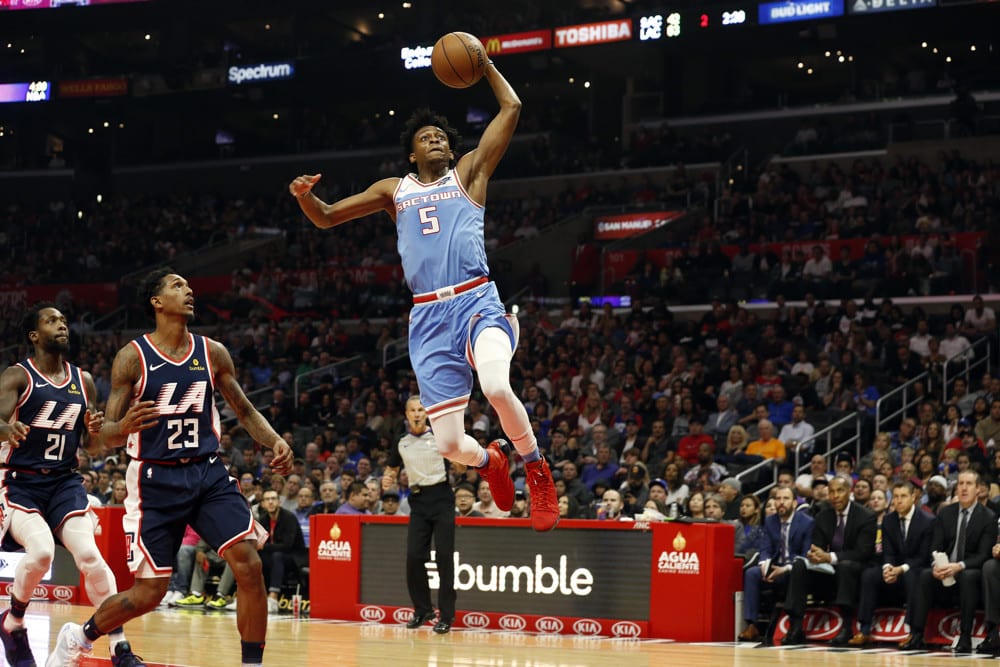 There are 11 games on the schedule for Wednesday night and plenty of player prop bets to cash on. Since there is a break between the March Madness why not bet on and cash NBA Wednesday Night player props bets to add to your bankroll. In this post I will give my three best prop bets for tonight’s action! In addition, make sure to shop around for the best number possible. At times every 1/2 point matters when betting player props! Let’s get right into it!

Fox is on a tear since the All-Star break. In fact, in the the second half of the season, Fox is averaging 27.7 point per game and has exceeded the 25 point mark in six of the seven games. Furthermore, in the previous matchup against the Atlanta Hawks on March 13th, Fox scored 32 points and got up 10 free throws. I expect Fox to continue his scoring tear against the Hawks tonight and cashing this player prop bet.

This player prop bet is a simple fade of the Brooklyn Nets lack of interior presence. In fact, over the last three games opposing centers are rebounding the basketball at a high rate. Last night, Enes Kanter grabbed 19 rebounds, the Wizards front court grabbed 19 rebounds against Brooklyn, and Vucevic grabbed 14. Furthermore, Rudy Gobert is second in the entire league in rebounding averaging 13.4. The bigger issue for the Nets is the offensive rebounds they allow. In fact, the Nets rank #21 in opponent offensive rebounds allowed. Look out for Gobert to dominate the boards tonight against the Brooklyn Nets.

Over the last seven games the Minnesota Timberwolves are the worst defense against the point guard position. In fact, Wolves are allowing 27.5 points per game in that span and 51% shooting. In addition, Luka Doncic is a on tear lately! Over the last 10 games Luka is averaging close to 31 points per game, shooting it at 52.3% and over 40% from beyond the arc. Furthermore, Luka has scored 35+ points in his last three games. I expect the Luka magic to continue tonight against a weak Wolves’ defense.