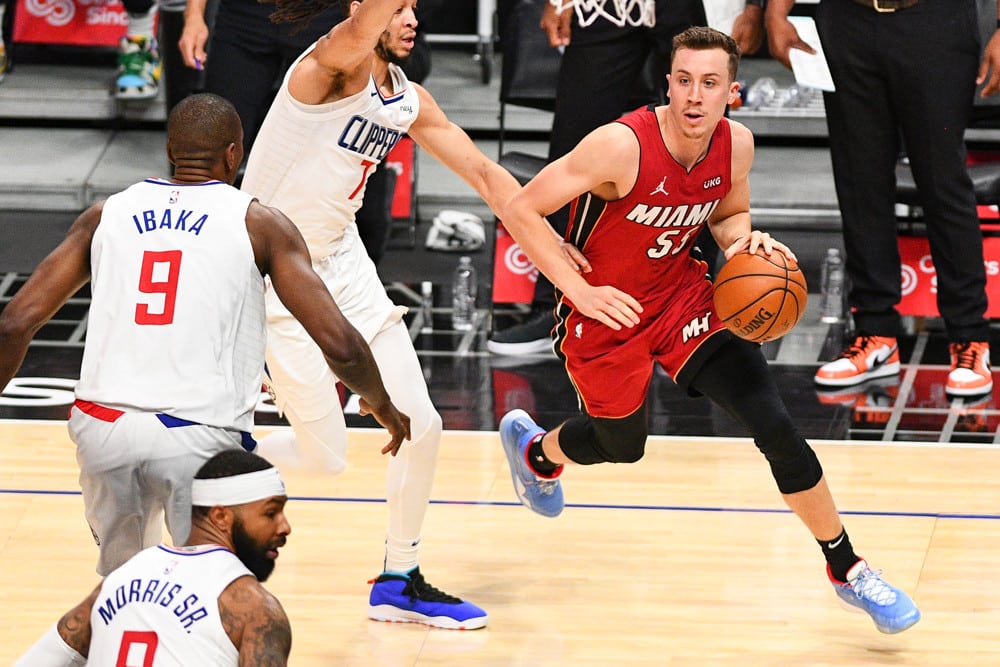 After that, Ryan and Zach preview Thursday’s games and give out their leans for each game. Those matchups include: Toronto Raptors vs Milwaukee Bucks; Brooklyn Nets vs Los Angeles Lakers; and Miami Heat vs Sacramento Kings.

Around the 30-minute mark, Ryan says goodbye to Zach and welcomes on NBA handicapper and Raptors’ superfan, George Brooks. She walks Ryan through what is wrong with the three teams playing in Florida this season: Raptors, Miami Heat, and Orlando Magic. They discuss if these teams can turn it around. If so, when do people start betting on them? And finally, since the Magic are so boring, they discuss which Nikola Jokic nickname should they give to Nikola Vucevic instead.