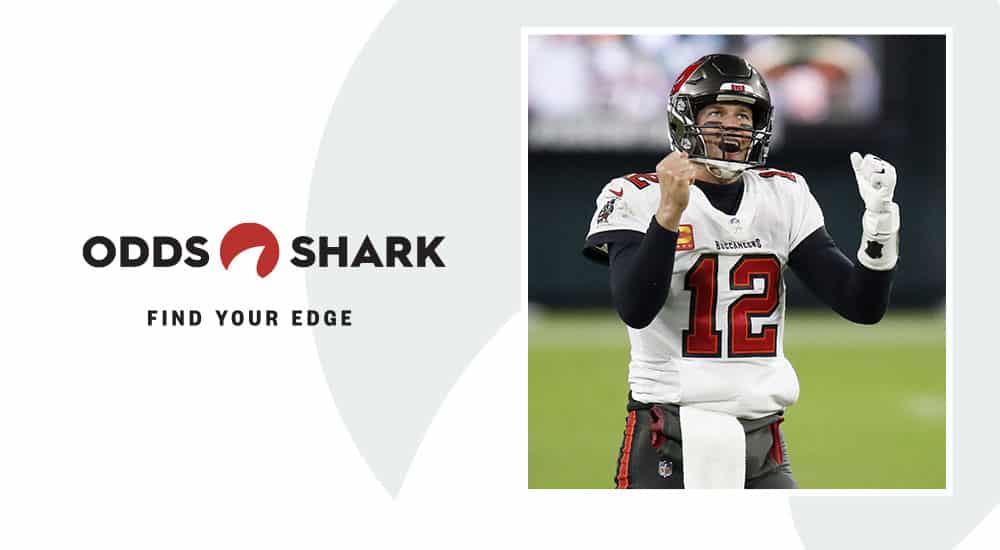 For the first time ever, the Super Bowl will be hosted by one of its participants, as the Tampa Bay Buccaneers prepare to meet the defending champion Kansas City Chiefs again in a rematch from Week 12 on February 7 at Raymond James Stadium. Like the last meeting, the Chiefs opened as 3.5-point road favorites on the NFL odds for Super Bowl LV at sportsbooks monitored by OddsShark.com. This marks only the second time in future Hall of Fame quarterback Tom Brady’s illustrious career that he is an underdog in 10 Super Bowl appearances.

Brady has led the Buccaneers to just their second-ever Super Bowl berth in his very first season with the team after leaving the New England Patriots as a free agent last offseason, already equaling Aaron Rodgers of the Green Bay Packers and Drew Brees of the Orleans Saints with one NFC championship. The six-time winner is now trying for his seventh – and first in another uniform – while counterpart Patrick Mahomes is going for his second straight after Kansas City rallied to defeat the San Francisco 49ers 31-20 as 1.5-point favorites at online betting sites in Super Bowl LIV a year ago.

Tampa Bay and Brady knocked out Green Bay and Rodgers 31-26 as a three-point road underdog in the NFC Championship Game last Sunday at Lambeau Field, sweeping two meetings between the teams. The Buccaneers had blown out the Packers 38-10 as 2.5-point home underdogs in Week 6, taking advantage of the opposition’s lackluster defense each time. They are riding a seven-game winning streak overall and have gone an impressive 7-2-1 against the spread in their last 10 as home dogs, according to the OddsShark NFL Database.

The Chiefs are coming off a 38-24 rout of the Buffalo Bills in the AFC Championship Game later Sunday at Arrowhead Stadium, covering the spread easily as three-point home chalk. It was not so easy for them prior to that though, as they went 0-8-1 ATS in their previous nine games. Mahomes erased all doubts regarding his health versus the Bills with 325 passing yards and three touchdowns after going through the NFL’s concussion protocol beforehand. He and his teammates are 25-2 straight up in their last 27 games overall, winning 10 in a row on the road.

In the first meeting at Tampa Bay, Kansas City got off to a quick start behind 203 yards and two touchdowns from wide receiver Tyreek Hill in the first quarter alone. Hill ended up with 269 yards on 13 catches and three scores in a 27-24 victory for the Chiefs as 3.5-point road favorites. Mahomes was fantastic as well, outdueling Brady with 462 passing yards and the three touchdowns to Hill. Brady finished with 345 yards, three touchdowns and two interceptions.

The picks are a bit of a concern for the 43-year-old Brady heading into the big game, especially since he was fortunate to overcome three of them at Green Bay following an almost flawless first half. He forced some passes he probably should not have in going for the jugular after the Buccaneers were up 21-10 on the Packers at halftime. Meanwhile, Mahomes has thrown just two interceptions total in his three postseasons, with both coming in last year’s Super Bowl.

Some key injuries of note while monitoring this year’s Super Bowl odds include Tampa Bay veteran wide receiver Antonio Brown (knee) and rookie safety Antoine Winfield Jr. (ankle) while Kansas City left tackle Eric Fisher is out after tearing his Achilles in the AFC title game. Brown and Winfield missed the NFC title game but should return assuming their recovery goes well in the two weeks leading up to the big game.