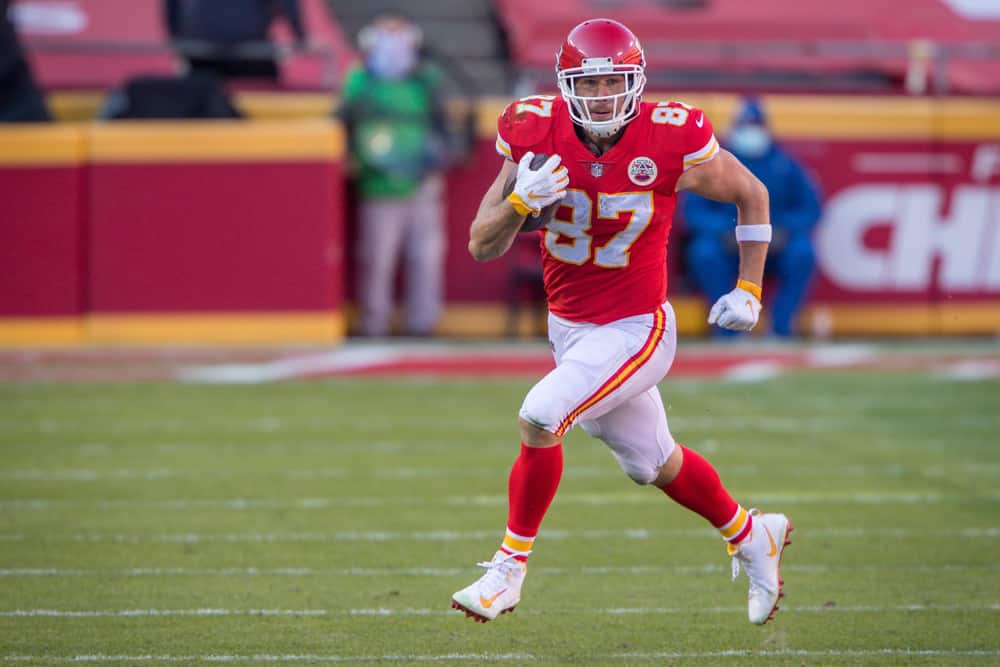 We are down to the final four teams in the NFL season this weekend and the football world will find out which two teams will face off in the Super Bowl. There are two great matchups in the Conference Championship Games, and I have two prop bets for each game along with a #DegenOnly Player Prop bet!

Let me dive right into the player prop bets for this weekend!

Chris Godwin is leading the Buccaneers in targets in the two playoff games thus far. In fact, the next-most targeted receiver is Mike Evans who has six fewer targets than Godwin. In addition, Godwin in the playoffs has a total of 112 receiving yards. Furthermore, I expect Jaire Alexander to cover Mike Evans in this game and the Bucs offense to utilize the middle of the field. This will create opportunities for Godwin to break out or beat the Packers defense over the top.

Furthermore, this season the Buccaneers defense is allowing 5.5 receptions, 54 receiving yards, and 7.6 targets to opposing tight ends. Lastly, the Buccaneers run defense is the best in the league, so I expect more passing in this game, creating more targets for Tonyan and the Packers receivers.

If the Buccaneers win this game, they will need a big game from a receiver. I believe that should be Scott Miller. Before the arrival of Antonio Brown, Miller was a big target for Tom Brady. Miller can catch deep passes from Brady which may have the chance to cash this longshot!

We all know Kelce is one of the best tight ends in the game. He is Mahomes’ favorite target. Furthermore, since Week 8, Kelce has eight receptions or more in every game except one. In Week 16 he was held to seven receptions. In addition, the Buffalo Bills allowed the most targets, receptions, and passing yards to tight ends this year.

I have continuously ridden the tail of Knox. I will continue to do so here. Bills need all the help they can to keep up with the scoring abilities of the Chiefs. Asking Knox to have 70 receiving yards and a touchdown is not too much to ask.