No big deal. It’s what we do. I’ll find you some more diamonds in the rough this week while also helping to navigate which high-dollar guys are worth rostering in DraftKings. Also I did a podcast covering more DFS you can get that here!

I was all ready to go with Kyle Trask again this week until Covid reared its ugly head and cancelled the LSU/UF game. Instead, I’ll pivot and pay $500 more for another SEC QB.

Ole Miss’s offense has been cranking so far and Corral has been slicing through SEC defenses like he’s Johnny Football. Against the feared Bama D last week, all he did was throw for 365 yards and a couple TD’s. The week before against Kentucky you ask? – 320 yards and 4TD’s. The opening week against the Gators? – 395 yards and 3TD’s. Sign me up!

With only five games in the night slate for the second week in a row, there are only so many options at QB. Give me the Tarheel QB going up against an FSU defense that is struggling mightily. The ‘Noles just gave up 42 points to ND and gave up 52 to Miami a couple of weeks ago.

Howell is coming off his best game of the year, throwing for 257 yards and 3 TD’s against VT. The offense is beginning to hum and the matchup is juicy. I’ll save a bit of coin on my QB’s in the night slate in order to load up elsewhere.

Leary had a rough start to the 2020 season. He missed three weeks of practice leading up to the season after testing positive for Covid. Due to the missed time, the Wolfpack started Bailey Hockman for their first two games. After Hockman proved to be ineffective, they turned back to Leary in the 2nd half vs VT.

In that half, the sophomore QB went 12-16 for 165 yards and a TD. Starting the following week against a respectable Pitt defense, Leary threw for 336 yards and 4TD’s.  Disregard last week’s game in the rain vs UVA.  Leary is ready for another nice outing.

Let’s go low, bottom-of-the-barrel low, for our bargain QB in the night slate. For only $5.7K, I can snag a QB that has thrown for over 600 yards and 3TD’s with zero INT’s over the last two games.

Furthermore, the Fighting CLT’s are squaring off against an 0-2 Florida Int’l team that is giving up an average of 288 passing yards and two TD’s per game. Expect at least 20 fantasy points this week from Reynolds.

The Notre Dame RB just had himself a day vs Florida State last Saturday, running for 185 yards and a couple scores (see highlights below). Through the first three games, the sophomore has run for 359 yards and 4 TD’s with 6 more catches for another 114 yards. These totals would be even higher if it wasn’t for not playing in the 2nd half of the 52-0 blowout of South Florida.

The Fighting Irish have Louisville coming into South Bend this week. Opposing teams are averaging 34 points a game and over 150 yards on the ground vs the Cardinals this year. I want shares of this ND offense, and that starts with Williams. 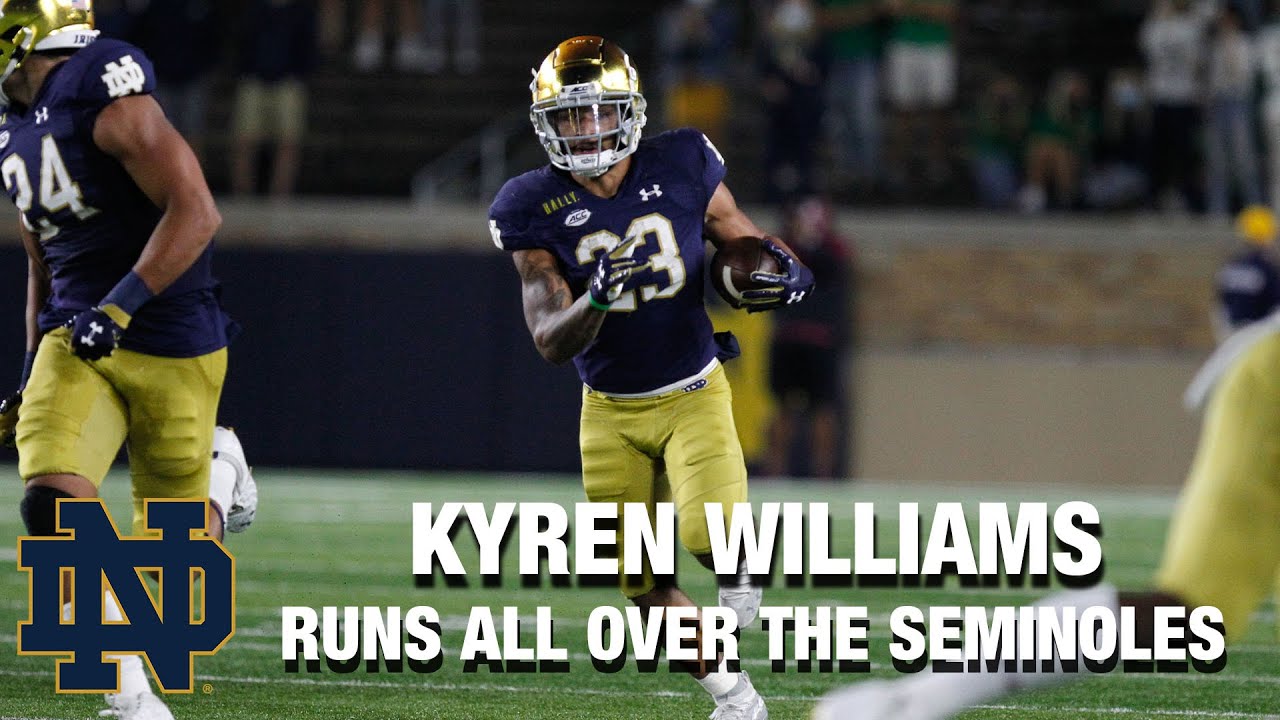 While I plan to save $ on the QB position in the night slate, I’ll gladly spend up for the most expensive RB. Harris is coming off the Ole Miss game where he ran 23 times for 206 yards and 5TD’s. While I would usually fade a player following a performance like that, Harris is primed for another big game.

Similar to Clemson’s Travis Etienne, Harris often sits the second half of games when Bama is blowing out their opponent. The spots to play both of these RB’s, is in games where opponents should be able to keep it close (like Bama vs UGA this week). Expect another full stat sheet for the Crimson Tide RB.

The Memphis/UCF game is another matchup that you’ll want some pieces of. The O/U sits at 75 total points so expect some offensive fireworks.

The Tigers have played two games this year with Clark running for over 100 yards and a TD vs Arkansas State and 98 yards against SMU. He’s a safe bet for steady production at a cheap price. Plus, the matchup this weekend offers a high ceiling to accompany his high floor.

With the UNC/FSU game having the highest O/U in the night slate, it would be wise to have a couple of these guys in your lineup. At an affordable price, you can grab the RB1 at FSU. The Sophomore back hasn’t had a breakout game yet but is averaging over 50 yards on the ground and has found paydirt three times.

UNC is coming off a game where the VT Hokies ran wild on them, totaling 260 yards on the ground. I’d expect Webb to have his best game of the year and get in the end zone at least once.

If you happen to go with Matt Corral at QB, pairing him up with Elijah Moore would be quite the stack. The Rebel WR is the most expensive receiver in the afternoon slate and for good reasons.

Thru three games, Moore is averaging over 10 catches and 150 yards per game. Additionally, he has only scored one TD so we could see some positive TD regression this week.

At some point over the last couple of seasons, Bama transformed from a defense-oriented team to having an explosive offense. Mac Jones has stepped in at QB and is slinging the rock all over the field. WR’s Jaylen Waddle and DeVonta Smith have been the recipients of most of Jones’s completions and are taking turns being more expensive than each other on Draft Kings.

Smith is the possession receiver while Waddle is the big play threat (averaging over 20 yards per catch). I’m rolling with the homerun hitter in College Football DFS Picks this week. He comes in at $600 less than his counterpart. Oh, you want highlights to help solidify my argument: 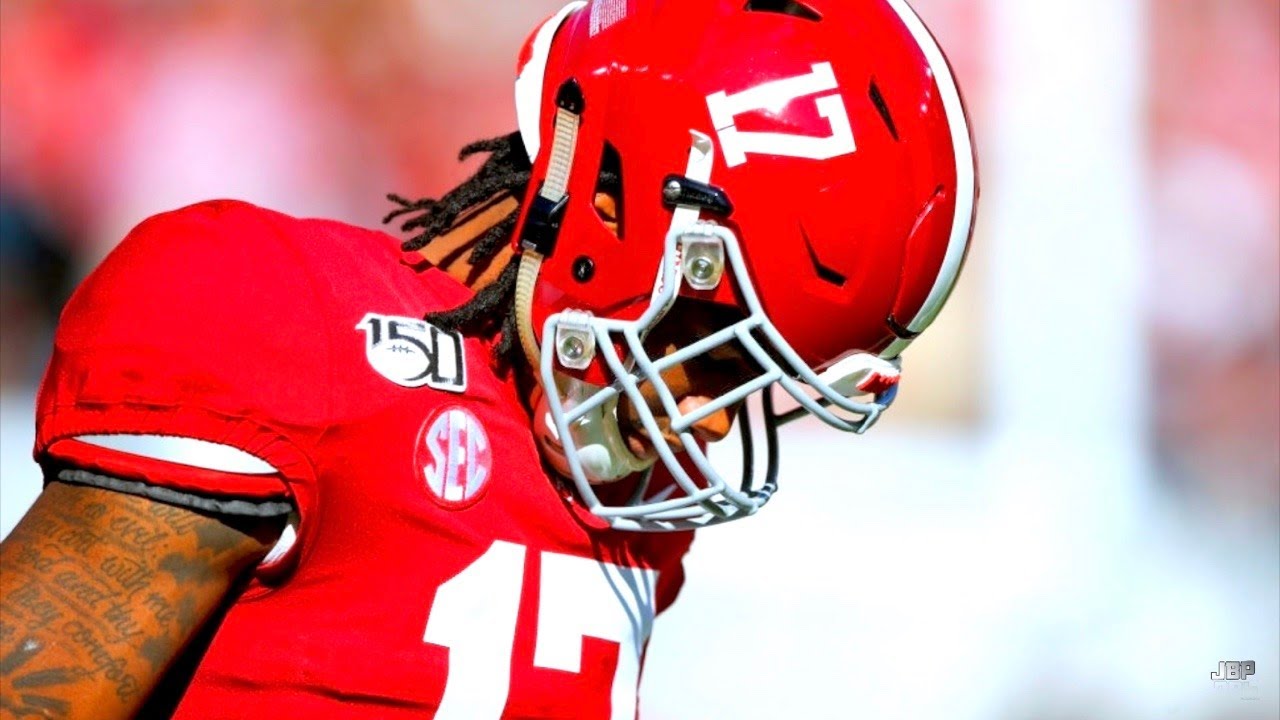 In ACC games this year, Roberson is averaging over 5 catches and 80 yards per game. UVA comes into town this week and the O/U sits at a decent 62.5 total points. While the WF defense struggles, the O has been rock-solid including throwing for almost 300 yards vs Clemson. In that game, Roberson caught 4 balls for 92 yards. Expect at least a similar stat line this week.

As mentioned in this column’s opener, The Seminoles WR1 is Tamorrion Terry who happened to tweak his knee and will miss a few weeks. Expect more targets for Wilson this week in a game that I want shares of.

Additionally, even though FSU lost badly to Notre Dame last week, the offense looks much better with Jordan Travis under center. The opportunity is here for Wilson and at such a cheap price, I’m all in.