We have made it to the quarterfinals of The Basketball Tournament! Our TBT odds and picks have been on fire and moving markets. There has been some great basketball played this week, including a 102-99 epic matchup between Herd That and The Money Team. 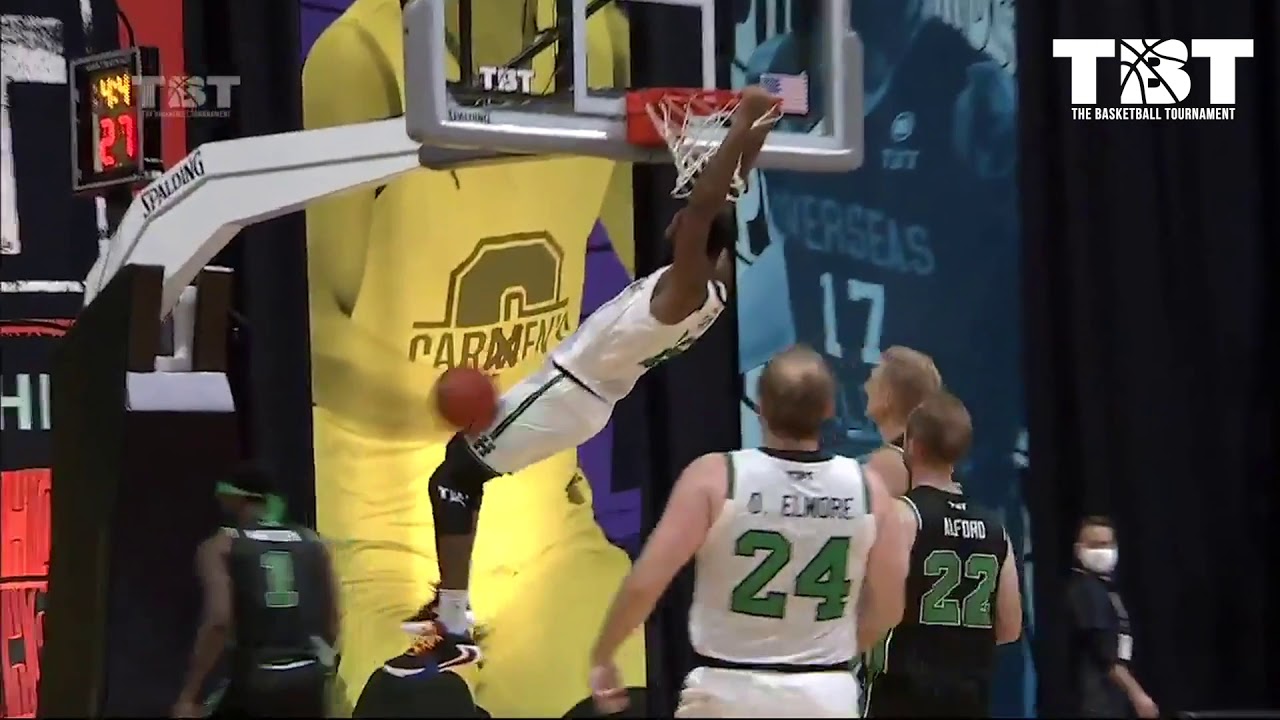 Really if you missed this game, find a way to watch it. It was one of the best basketball games played in a while. Heading into the Quarterfinals we have some epic matchups ahead of us with plenty of chances to win with daily TBT odds and picks. As a special bonus, there are also new odds out for who you expect to win it all and take home the million-dollar prize.

Red Scare comfortably handled Big X in the second round 77-68 and has earned a matchup with everyone’s favorite underdog House of ‘Paign. The Illinois alumni took down defending champions Carmen’s Crew 76-68 in one of the largest upsets in TBT history. Mike Daum has been the talk of TBT and has led ‘Paign in scoring this far in TBT. He has set social media abuzz with many calling for the Nets to sign him before the NBA bubble begins. With the collective talent of both these teams, this is a rare game that could hit the over that opened at 152.5.

This is going to be a tight game and the line represents that. Look for this line to move a ton as the action flows back and forth. This game will come down to the veterans of House of ‘Paign led by super-scorer Mike Daum against the youthful vigor of Red Scare. House of ‘Paign is battle-tested and has taken the best shots that Carmen’s Crew and War Tampa threw at them. Look for this to be a tight game with House of ‘Paign coming out victorious. This game will come down to the last bucket so beware the opening line of ‘Paign -2 moves to anything beyond ‘Paign -5. This has potential to be one of the more volatile TBT odds and picks so far.

Team Brotherly Love did not play a game in the second-round game and advanced after Eberlein Drive was disqualified due to a player testing positive for COVID. They did dominate a talented Stillwater Stars team in round one 87-71 and have a talented and veteran roster. The guys from Philly were led by the guard tandem of Ramone Moore and Khalif Wyatt combining for 51 points. The Golden Eagles held off a determined Team CP3 in the Super Sixteen 76-67 behind a talented guard tandem of Dwight Buycks and Darius Johnson-Odom. Much like the amazing guard duel we saw between Challenge ALS and Sideline Cancer, this one has the potential to be a track meet with four talented guards running the floor. This looks to be a rare day where you should take both the overs as long as they stay under 161.5.

It's all love here as @BroLoveTBT celebrates their 1st round victory for the @EJBrandy Smooth Moves of the Game‼️ pic.twitter.com/elbfLGlx7D

Just like when we started this adventure, Overseas Elite remains the odds on favorite to win this whole thing. In our first glimpse of them, we saw Pooh Jeter, not Joe Johnson being the dominant force for Overseas Elite. When the chips are down, having two players of Iso Joe and Jeter’s caliber will be what can push the favorites over the top. Standing in their way is the Syracuse Alumni Boeheim’s Army has the third-best odds and would play Overseas Elite in the semifinals. Taking down the four-time champs is a tall order, but whoever emerges from this half of the bracket should be a favorite to win it all.

The path to $1 million for ‘Paign and Brotherly Love starts with winning their quarterfinal game against a higher-ranked opponent. House of ‘Paign looks woefully underrated after two strong victories. In theory, they have an easier path to a title only having to through the #4 seeded Golden Eagles, but we have seen that there are no easy games in TBT. Meanwhile, if Brotherly Love can take down the Golden Eagles, look for them to keep on marching into the title game. Brotherly Love is an experienced team that can hang with anyone. A win in the quarterfinals, gives Brotherly Love an “easy” path to the finals.

Red Scare at +1200 feels like a disrespectful line. They are a team that mixes youthful energy with veteran leadership. The Dayton Alumni are fully capable of beating House of ‘Paign and Golden Eagles on their way to the championship game. Once they get that far, believe in the Former Flyers, great value play. As for Sideline Cancer, they have some scoring punch in guard Marcus Keene, but they lack the depth to run through Boeheim’s Army and Overseas Elite. Herd That has provided the most entertaining moments of the tournament and has the longest odds to win it all. Although it looks unlikely that they will beat Overseas Elite, a win there and they will win it all. They have the ball movement and defense to make any game competitive and will never say die.