There are certain people in the world who are able to get away with saying whatever comes to mind without any repercussions. This can be a problem when the person in question is, say, the leader of the free world. When the person is a retired basketball star and current TV talking head, the results are more humorous than dangerous. Which brings us to Charles Barkley.

The Round Mound of Rebound would now most fittingly be called The Mouth That Roared. A staple on TNT’s NBA coverage since the turn of the century, Barkley, alongside Shaquille O’Neal, Kenny ‘The Jet’ Smith, and ringmaster Ernie Johnson, makes Inside the NBA must-see TV for hoops heads.

But his large, highly visible pulpit has also allowed the never shy Barkley to throw barbs at current NBA players he sees plying their trade. Here are 10 who have felt the sting of his “tough love”.

The oft-injured, enigmatic big man DeMarcus Cousins has been a long-time target of Charles Barkley’s barbs, since DMC was in high school, in fact. Chuck has called him a fool and questioned the validity of a franchise trying to build a successful team around him. All of the Kings problems were due to Cousins not being a proper leader, in the pundit’s view.

Cousins has responded by saying he has no respect for Barkley. All this despite both being Alabama natives and #5 picks in the NBA Draft, as well as both having combustible attitudes (that last trait probably explains the spat).

Another bad mixture of combustible attitudes here, as Draymond Green and Charles Barkley are definitely apples that fell from the same tree. Barkley recently said Green was “lucky to be in the boy band” and that he’s the least-famous person in it, stating that the girls aren’t screaming for him.

Green responded by threatening to take Barkley’s job because he isn’t smart enough to talk about basketball. Mature stuff.

How could someone not like the crotch-grabbing, farting, corny-joke-making Dwight Howard?! Actually, in this case, Barkley has plenty of company in his dislike of Dwight Howard. So when Howard made the unwise choice of making a guest appearance on Inside the NBA in 2016, Barkley just straight up asked him why no one likes him. And Barkley isn’t even the biggest Howard critic in the room – Shaquille O’Neal goes at him HARD.

Finally a player whose name doesn’t start with ‘D’ on Barkley’s hit list. But, like Dwight Howard, yet another player with plenty of detractors other than Barkley. Good ol’ flat earth, rambling madman Kyrie Irving. Barkley has called him “one of the most miserable people I’ve ever seen” and said he would have “whooped his ass” if he was a teammate of his and Irving was critical of him. Any chance we can get Barkley out of retirement and into a Nets jersey?!

Even perhaps the greatest player of all-time isn’t off limits for Sir Charles. He’s called LeBron James “whiny” in the past, and LeBron has questioned his credibility and called him a hater. James then took it further with Barkley, bringing up questionable actions of his in the past and saying he wasn’t going to let Barkley tarnish his legacy. If you’re coming for the King, you better come hard.

Well, not really so much Isaiah Thomas, but more his kids. A few years back when the youngsters called Charles’s co-host “fat”, Barkley promised to punch the toddler in “his left eye”. Very specific threat.

Hate is probably a harsh word to describe this one, but he definitely was a “hater.” Last spring when compiling a top five current players in the NBA list, Barkley left Curry off. He quickly changed his tune after seeing the Golden State star’s subsequent play and actually apologized. Rare.

Charles has been pretty savage to Griffin over the course of his career, insulting, critiquing and belittling him. Griffin says he was a huge fan of Barkley growing up, but all the negative talk from him has made him sour on his former hero, and probably for good reason.

Yes, Carmelo Anthony is still a current NBA player, chucking away for the Portland Trailblazers this past season. When he signed with Portland, Barkley said “they already got two guys who dribble dribble.” While seeming to like Melo personally, he also was critical of him during his New York days.

Technically not a player, I know, but current General Manager of the Houston Rockets Daryl Morey and Barkley don’t see eye to eye. Barkley doesn’t believe in the analytical approach to basketball, which Morey is a huge proponent for. For his part, Charles said he “wouldn’t know Daryl Morey if he walked in this room right now.” 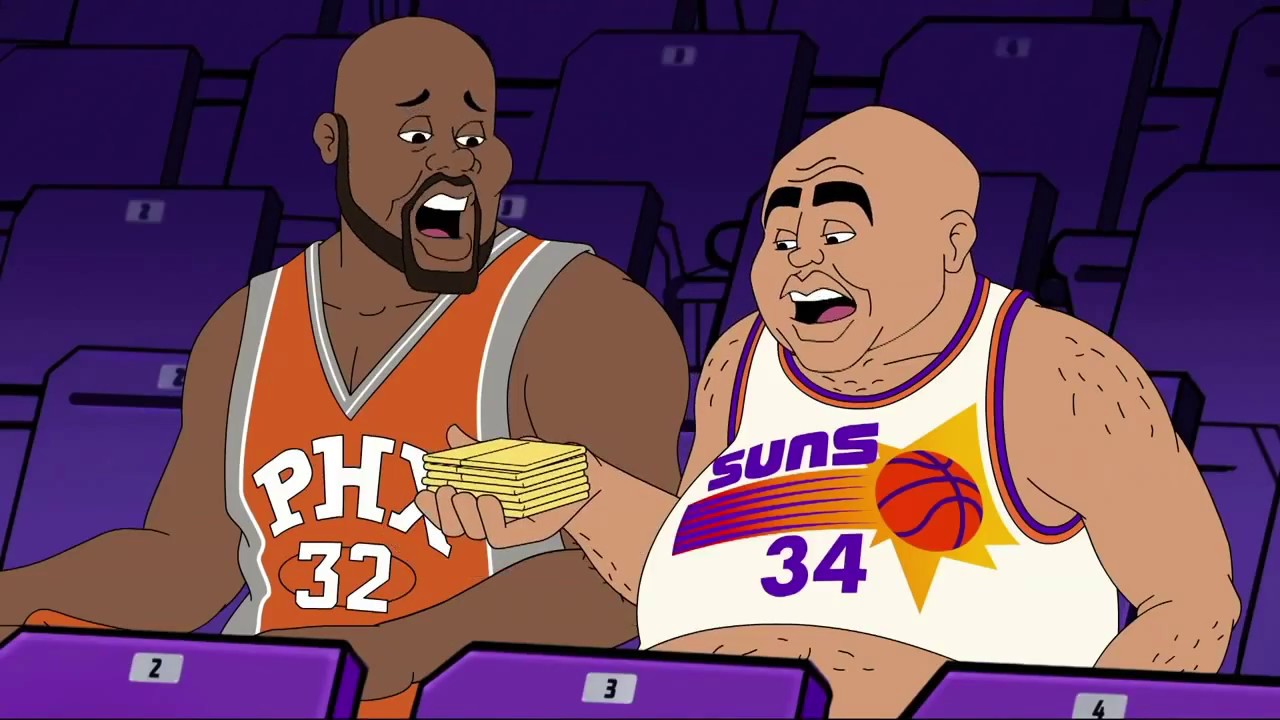